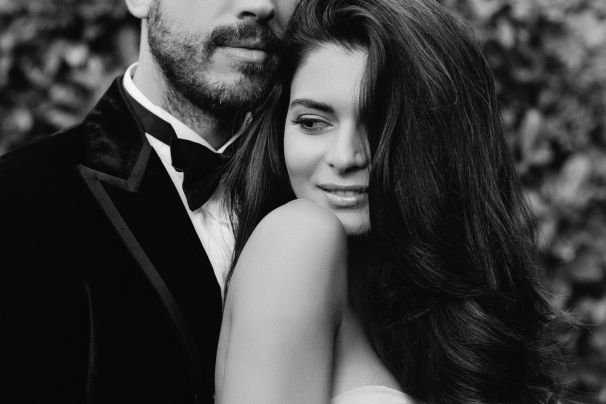 I let her go for her happiness. It all started in November 2011, when I switched to a new job. She was my colleague there. In January, it was her birthday and she offered me a ladoo. I said, “Pehle kyu nai bataya.” She replied smilingly.

Later during the course of our conversation, we exchanged numbers and came to know that we lived in the same vicinity.

We started texting daily as if we both were looking for a companion since long.

We used to meet outside the office and spend some quality time at our place. Then finally, the day arrived when she expressed her feelings to me. Maybe she knew I was reluctant to do so because of my past.

From morning meetings to outings and long night chats, she always showered me with her act of care and love. She used to feed me with her hand and had crossed all the limits one girl could for her partner.

She was all my life those days. We pledged to live for each other. I was happy and so was she.

My morning started by calling her as soon as I woke up and only after listening to her voice at night, I would go to sleep. It was not possible for me to think of a single day without her. We shared everything, every second of our life. We fought many times, but every time we reunited. There was not a single day where we had not seen or talked with each other.

On my birthday, she arranged a photo cake of mine and made my day a big one. I still remember that she had wished me more than 100 times on the day.

But everything started to vanish after 2 years.

Perhaps, religion was the sole reason for the resistance which virtually began to dominate our relationship. She was a Muslim and I was a Hindu.

By then, she had quit the job and started her own venture.

I had also started one small business. This was when we started moving away from each other. She had always reminded me of the religion barrier in our relationship, even after that, we stayed with each other. But now things were unfolding in a different manner.

The gap gradually widened. And finally, one day we stopped talking.

It was very painful and every moment was getting tough for me. I guess it was not easy for her either.

I used to make our common friend call and talk to her so that I could listen to her. I used to check her photographs on their WhatsApp contact. I was becoming helpless but still chose to remain in touch with her any way possible.

So one day, I called her and talked to her about everything. She said that we were just friend. I knew she was doing this for our better future. It was impossible for us to stay together forever.

In August 2015, she left Delhi and shifted to another city.

I helped her in booking her flights but at the same time, I was trying to convince her not to leave by saying that everything would be fine here. But she paid no heed to me. I cried a lot the day she left. I was not able to digest the fact that she was not here with me.

I decided to leave Delhi too and shift to her city, but she stopped me. I called her every day. Although she attended my call every time, she would pretend to be busy. She even disconnected my calls many times but never called back.

After months, I chose not to call her anymore. I decided to move on but it was not easy for me.

After 7-8 months, I called her up in the morning. She told me that she had moved back to her hometown and she would be leaving for Dubai very soon. I was broken again. I cried a lot but couldn’t do anything. I knew I had lost her completely now.

Today we are in touch through WhatsApp but just as a friend. But for me, she is still my girl, my life.

I miss her a lot and there is not a single day when I don’t think about her and cry for her.

I still love her and I am ready to accept her if she is. I hope, someday, she realises and choose love over religion.

Actually, our society should be blamed for all the sins of religions that have been injected today.

What would you chose - religion or love? Share this story and let's see what people have to say about it.