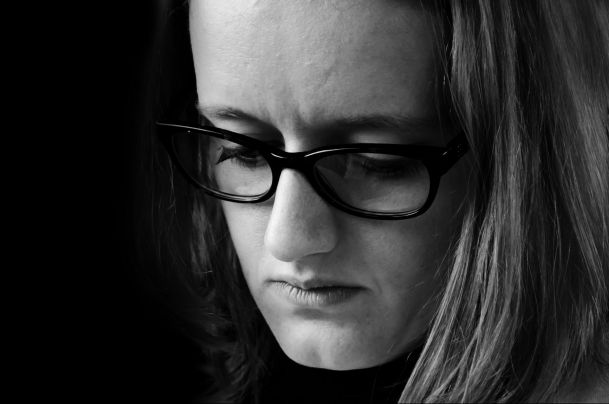 But what do you do when the cousin you love the most creates a lot of pain in your life? I was just 7 years old when this happened.

We had our summer vacation and as usual, I had gone to my uncle’s place. My uncle (my father’s brother) had two daughters and one son. The youngest daughter was about my age. I was close to all three of them. My uncle’s son was almost 10 years older than me. He was quite mature and everyone in the family listened to him.

He had a lot of hold over the family so I wanted to become close to him. He was a little arrogant but I loved him anyway. I would keep hugging him. I wanted him to flatter me but he never did any such thing.

After we had finished with our dinner, my aunt told us to put a few mattresses on the floor so that we could all sleep comfortably. I wanted to sleep next to him. But he did not want to do so. I was heartbroken. But my aunt told him to put my mattress beside his mattress. She then allowed me to sleep next to him. He hesitated for a few moments but he did what my aunt said.

I was so happy that I was going to sleep beside my brother. I really loved him a lot. I just wanted to get flattered by him at least once. I was just a child back then. He had a bossy commanding nature and I just wanted some attention from him.

But he turned his back to me and slept. The next night he again put his mattress next to my mattress. I was surprised when he didn’t say anything before doing this. I was so happy. That night, he didn’t turn his back on me. He slept flat on his back. It was late in the night. Everyone was sleeping. But I wasn’t feeling sleepy so I was still awake.

Suddenly, I felt something under the blanket. His hands were on my thighs.

After a few seconds, he put his hand inside my panty. He exploited me sexually for 2 hours that night. He did whatever he could. He took advantage of the fact that everyone else in the house was fast asleep.

The next night I did not feel like sleeping next to him. So I told him not to put my mattress next to his mattress. But he told me that he had already put the mattresses. I knew he was going to do the same thing that night too. That is exactly what happened. He did it again. I did not know what he was doing. I did not understand why he was doing this to me.

I felt terrible. I felt like crying. But I kept my mouth shut. He even forced me to touch his ‘thing’.

Back then I had no idea at all about what all this was. I felt so disgusted. But I was happy that all this was about to end because it was my last night there.

Maybe because I did not know what exactly was happening to me, I still loved him. I did not speak about this to anyone when I returned home. I knew my father and my uncle shared a great bond of love. Life soon returned to normal. My new academic year started and I was now studying in the 4th grade. Life was good.

We were given sex education when we reached the 8th and 9th standard. A lot of terms like rape, sexual exploitation and sexual assault were discussed in these classes. But it was only when I reached my 10th standard that I really realized the meaning of such things.

I was devastated when I finally understood what he had done to me all those years back. I cried a lot that day and was quite traumatized by what had happened to me in my past.

I continued to meet my cousins. We would get together and arrange for overnight parties. He would always pretend as if he had not done anything wrong. But by the time I realized what he had actually done to me, he had already gone to Abu Dhabi. He had got a great job offer with a high salary there.

I was angry and frustrated. I wanted justice and was willing to fight for it. I had become quite a strong person by now. I did not believe in keeping mum about what he had done to me.

But my father is very close to my uncle. I thought that if I decided to speak up, it might ruin things for all of us forever. But I now knew that what had happened to me was really wrong.

I really wanted to tell everything to everyone.

But I had started nurturing hatred for him in my heart. But when I saw him later on, I changed my mind and my decision forever.

The person that I now saw was a completely different man. He was very responsible and generous. He was extremely family oriented. His father had retired by now. He earned good money and took care of everyone with the money that he earned. He paid all the household bills and also took care of his sister’s educational expenses. He transferred money to his family from time to time and was leading quite a good life there. He loved his family, his sisters and his parents. He had grown up to become the ideal son of the family. He was the sole breadwinner and the backbone of the entire family. He was loved by all our relatives.

Everything about him was perfect. So I thought about what he had done to me for a long while. I decided to give him a second chance because I really thought he deserved it.

Today, my cousins and I have all grown up. Whenever we discuss our childhood days and our vacations, his head automatically bows down.

This is a clear indicator that he remembers what he had done to me and is totally ashamed of it. That alone is enough for me.

Every human being changes over time. As we grow up, we all become responsible. He too has grown up now. He made a mistake when he was young. Today, 10 years later, I think I will be committing a bigger mistake by not giving him a second chance. Nothing can ever justify what he did to me during that time. But when I look at him as a person now, I truly believe he is someone who deserves a second chance in life. I think he is at his best now. He is going to get married to a beautiful woman in 3 months time. He is coming to India in a couple of months.

And I am very happy for both of them. I hope they have a great new life ahead. Unfortunately, I have my 12th standard prelims on that day. But I will make it a point to attend their wedding. I have to obviously!

Some people don’t really deserve our forgiveness. Yet, there are others who truly regret their misdeeds. They move on and grow up to become better human beings. Forgiving another person liberates us from the pain that we have been experiencing. Let’s share this story because this young girl was sensible enough to make an astute judgement and take a decision that seemed right to her.