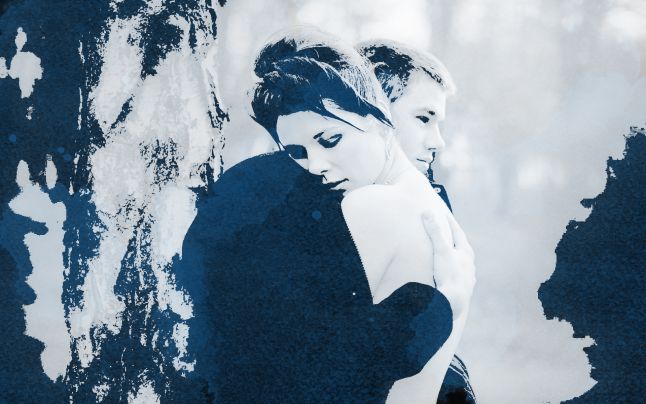 Destined from the beginning, we should not have been together, knowing the differences between us.

Nothing was similar – the caste, the colour, the language, and the dramatic religion. I am a typical North Indian Hindu and he is the extreme South Indian Keralite Muslim, meeting in the cultural diversity of Pondicherry University. Nothing on this earth permits us to come together but we clicked. He, being the tall, dark, and handsome guy and I, being the short, cute, and bubbly girl.

He wanted me from the first time he saw me and it seemed like I could read it in his eyes.

I got attracted to those speaking eyes. All I knew was that something was about to come. A guy completely focused on religion, with no girl around, was losing his grip on himself. A girl knowing it would all fail and yet, was falling for him… head over heels!

He never confessed his love for me. Further, he also mentioned that he wouldn't be able to marry me, and I understood it all. I knew the truth. Yet, I yearned for him.

He never prioritised me but still, I was his first priority.

We loved each other truly, madly and deeply and the university was an accomplice to our doomed love story. It gave the perfect setting we needed. For him, I was Everything though he never told me that. He knew I would be there for him no matter how worse our days would be and I knew that it was the same for me, too.

In each other's arms, we grew stronger. How well I understood him and how well he understood me, was just the mystery. And just like that, two golden years have ended. Now, I’m working in Delhi and he is in Chennai.

Neither can we meet! Nor can we move on!

He will be married anytime now but he is not ready for it. Further, he wants me to let someone into my life for good. I know he still loves me the same and that he’d always do but he cannot just express it to me. He instead keeps himself busy by working extremely long hours.

Being a hopeless romantic, I know that he would never admit to how much he wants me in his life but I know I’m always in his prayers… and he will always stay in mine. I would always be there for him if he needs someone to count on. I would never break his trust, and I know he wouldn’t either.

But, destiny has played its part and we were mere players.

We have taken vows, exchanged rings and yet, we cannot be together! Never! But still, I would like to say something to you: Trust me, darling, we look perfect together! And not being your wife is my biggest regret. In case you would ever find a love less for you, come to me, darling… I will welcome you with open arms.

Share this story because life can not be so hopeless and unfair.