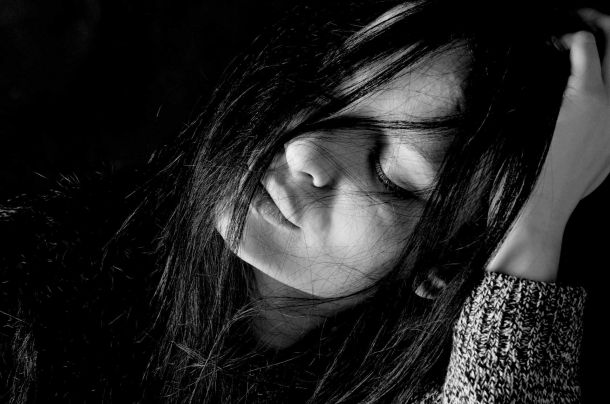 Eventually, life does change. It all started 3 years back. I met a guy just after I completed my 12th standard board exams. He was older than me but age did not really matter in our friendship and we became good friends. To be honest, from the very first day, I knew I liked him. As time passed, we both started developing strong feelings for each other. He was in the final year of his college at that time. He was the best person I had met so far in my life.

But I never told him about my feelings because I did not want our friendship to get affected.

But he felt the same way about me so we both took it to the next level. My mother knew about us from the very first day. She readily accepted him as her own son. We were madly in love with each other. We visited each other’s place and his mom too loved me a lot. I soon became a part of his friend circle and we all lived like a family. We looked like ‘the ideal couple’ to all the other people who knew us. Everything around us seemed so perfect.

We never had any issues and there was no drama in our relationship.

Days, months and years passed this way. He got a job at his dream company. My family had already started considering getting me married to him because he had all the qualities of a perfect son-in-law. I was just in college at that time. I was madly in love with him. I did everything to make our relationship work. I even risked my semester exams once because I wanted to meet him and just sort out the problems that we were facing at that time.

All long-distance relationships have problems. All relationships experience good and bad times. Slowly, as time passed, he started showing his actual nature. I could tolerate everything he said, but I could never tolerate his abuse if it hurt my sense of self-respect.

Things became dirtier by the day. The ‘ideal couple’ was now facing grave problems and people did not expect this from us. For a while, I decided to ignore his sarcasm and abuse because I knew he was a short-tempered person. But I was now saturated with it.

When my parents came to know about it, they supported me and asked me to get away from him. I did so. Finally. I was completely broken by now. My whole life had revolved around this person and he was not around me anymore. I was thinking about where I had gone wrong while he was busy going away on trips and vacations. With my parents’ support, I was able to move on with my life.

He called me sometimes, whenever he got the time to do so. He apologized but he did so just for the sake of it.

By this time, I met a new guy. I was not even ready to talk to him. But eventually, we moved on to become good friends. He liked me like crazy. He was sensitive enough to ask me about my preferences before doing anything for me. (The other guy never did such things for me.) Soon, he confessed his love for me but I was not yet ready to accept him as I was just out of a bad phase. He agreed to wait for me and said he would be with me, even if I was not with him. He expressed his love, care, and respect for me through small gestures. He pampered me.

I had been looking for all these things from my guy but I was getting it from someone else. I started developing strong feelings for this guy. We became really close and always had a great time when we were in each other’s company. When I actually think about it, I wasn’t asking for too much from the person I loved.

What I was looking for were small simple gestures which made me feel special. These things were not too much to ask for.

And he somehow did all those things for me without even knowing that such things touched me. He was the person I had been looking for all this while.

He had his own business and was struggling to create a bright future for himself. Now things took a turn in our lives. My parents got to know everything from his parents. My parents were unable to accept the fact that there was someone else in my life now. They were aware of the mess that my previous relationship had created in my life. They also did not like the status of his career at all. So this is what they did. They brought my ex-boyfriend back into the picture.

I was made to look like an emotional fool. They then manipulated everything in my life, made me leave the other guy and sent me back to my ex-boyfriend.  I had no choice in the matter. My parents had decided this for me.

According to them, my ex-boyfriend was just a short-tempered person who was genuine in nature. Even my ex-boyfriend wanted me back in his life. He cried and begged me to get back with him. He convinced my parents very well. He said he would change his ways for me. My parents had always liked him because he had a good and stable career. They knew I would be safe.

They were sure that the new guy was just playing around with me. So, I left him for my parents’ sake. It was as if those days never happened in my life. They always asked me to forget about it thinking it to be a bad dream.

But I could never make them understand that it had been a beautiful dream for me. It was a dream that I had wished to live through. I don't really think a good résumé is more important than good chemistry. It was as if they were expecting a broken glass to repair itself.

So right now, I am just focussing on my campus interviews. I am just not into anyone anymore. The guy my parents chose for me is with me. He offers his complete support for everything that I do now. I have decided that whoever wishes to be with me can choose to spend time with me. I don’t want to be an option for anyone and neither should they be an option for me. But honestly speaking, at the end of the day, I miss the guy of my dreams. I could not even say, ‘Sorry’ to him. I hope no girl faces this kind of a situation in her life.

I am Avantika, a final year B Tech student. I read all the stories here and found a story which was similar to mine. Now, I really hope that after I vent out the emotions of my heart, I will find some peace. I have learned so many things from my experiences. I now believe that we should all do the things that we want to do when we still have the time to do so. We should never delay our decisions to such an extent that the person we love leaves us forever without knowing how much we loved them. Don’t ruin your life for others and don’t ruin the lives of other people.

Life can often confuse us to such an extent that we don't even understand ourselves or the things that are happening to us. At such times a good clean break gives us the much needed clarity. Share this story, because this lovely young lady needs our total support to figure out things for herself.