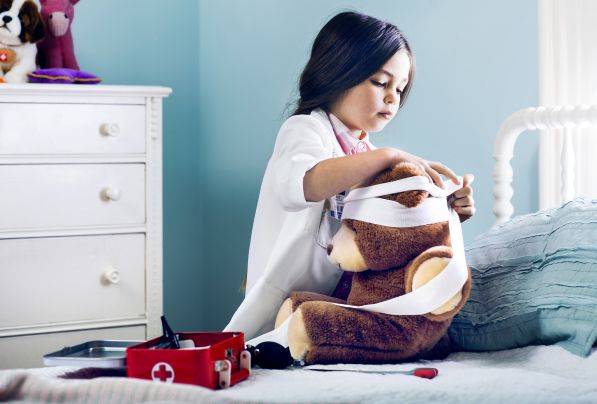 It was the winters of 1985 when I opened my eyes to this beautiful but hypocritical world. I was born in a Rajasthani Jain family and I am the second child of my parents. My father, in those days, used to stay in Mumbai because of his work and would visit us once in four months. My birth was a happy moment for the entire family which was quite big in size as it was a joint family including uncles, aunt, cousins and my Grand Ma.

My grandma did love me, but she was of a very conservative and Orthodox nature. She would ask my mother not to give me a glass of milk and rather give a cup of tea, whereas my brothers were allowed to have milk as they were males, who would earn for the family, but girls won't so instead they are like burdens who would one day go to their in-laws’ house forever.

At that moment, my mother who was only a young female raised her voice against this backward thinking of hers and firmly stated that for her and her husband, both her son and daughter are equal and she would never do anything which won't be for my betterment. After lots of heated arguments and discussions, a trunk call was made to my father and the message was sent to him to return to the village. After my father's arrival, the matter was sorted out and I was lavishly allowed a glass of milk just like my brothers, as my father supported my mother's ideology. Few years passed and my grandma showered her love on me but a few of her Orthodox ideologies didn't change. Then it was the time for my school admissions, my mother applied for me in an English medium school of my village.

Again this time, I was the reason of strong and heated arguments between my mom and Dadi. But this time, my mother firmly stated that I will go to an English medium school and that's final.

This time too, my father supported my mom’s decision instead of giving in to the strong family pressure. Years have passed and I am a grown-up today with a very promising professional career. Today I'm a doctor working with a good hospital and I have an independent personality. What I am today is all because of my mom.

In spite of being minimally educated, she understood the importance of education for her daughter and I am grateful to my father who stood strongly with my mom in all her decisions.

There are thousands of girls in our country like me who can become doctors, engineers, sports persons or successful beings if their parents or mothers take one step in the direction of their daughter's true development and not just in developing her matrimonial standing.

Thanks a lot mom and dad, especially mom. I love you loads, as today whatever I am is all because of your staunch stance and support for me. Thanks mom and dad!

Share this story because we need to be reminded to stand up and fight for our rights.