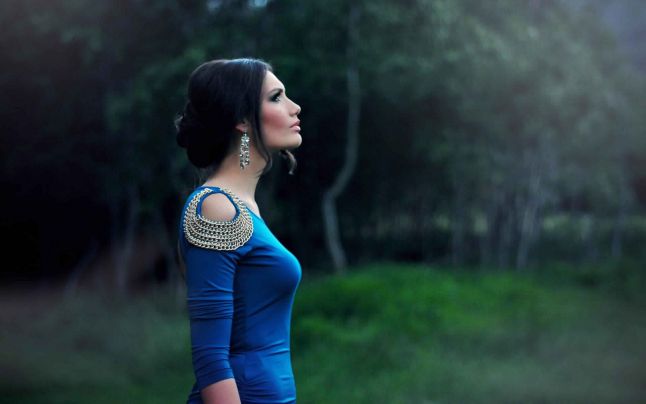 Sometimes, we face so many unexpected situations in our lives that we simply don’t know what to do. I am married to a guy who is completely different from me. Our thinking is different. Our lifestyles are different.

I was in love with one of my classmates before I got married. His name was Kishore and he was so caring and lovable. But I couldn’t convince my parents about getting married to him so we got separated.

Kishore asked me to keep in touch with him because both of us were best friends. We always shared everything with each other. He loved talking to me.

But I told him that it would not be a good idea to keep in touch now because I was getting married. I also told him that he could not move on with his life if he stayed in touch with me. So he agreed and we stopped talking and messaging each other.

After I got married, I shifted to a small city with my husband. He was a businessman and I had been working as a software engineer in an MNC. I had to quit my job because this was one condition that my in-laws had put up before we got married. I thought things would be good after we got married. I faced a lot of problems but finally adjusted with all the family members. I even went on to become everyone’s favourite because my husband was the last son of my parents.

They loved him the most and so they loved me too. My husband was a completely different person. He was a very nice, good and kind-hearted human being. But he behaved in a very selfish and arrogant manner when he was with me.

When I questioned his behaviour, he never answered me and would always leave the place. I was really depressed and would cry because my husband behaved like this. But he would always help with the housework and would support me when I needed him the most especially in front of his family members.

But our private life was a disaster. One day, I checked his emails and WhatsApp messages.

I came to know that he had a girlfriend who was married to someone else. But she was still in contact with my husband. I was shocked to see the messages.

She had sent so many vulgar messages to him along with her pictures. She even had a three-year-old kid. Her husband stayed away from them. He was working in the army and visited her only twice or thrice in a year. She felt that she had made a big mistake by not marrying my husband and choosing someone else.

I did not know what to do. I was not really angry with them because I knew that love was a part of everyone’s life. We all make so many mistakes and we don’t even feel that it is wrong to do such things.

But what bothered me was that if he loved her so much that he could not live without her, why did he marry me? Even after getting married to me he was not trying to focus on our married life at all.

One fine day, I asked him about it after showing him all the messages. He was shocked and was scared too. I told him that I could not live with him anymore and wanted a divorce. I told him that he had cheated on me and I had waited for him to change like a fool. I had sacrificed so many things for his family and him.

He told me that he was ashamed of himself.

But he also said that it was actually not his mistake because she used to message him daily and he could not stop himself from texting her. When I read the messages again, I too felt it was her mistake. So I asked him for his final decision.

He said he wanted one more chance to prove himself and he said he will try to become a good husband. I believed him and from that day he changed completely. He started doing all the things that I had been missing out on.

But one day, I met Kishore unexpectedly. We both were so happy to see each other. Our happiness was evident on our faces. But he didn’t talk much. He said he got married recently because his mom had insisted on it. I congratulated him and he left soon after.

After I returned home, all I could think of was him. I wondered what kind of a woman his wife was and how they were doing. I was feeling happy for him but felt bad that he had not talked properly with me.

But I got a message from him saying that he was feeling so happy when he saw me. He then said that he did not continue with our conversation because I had told him not to talk with me before I got married. He then asked me about my married life and we started chatting daily.

He shared all the excitement that he had felt when he was getting married. He said he missed me so much at that time. He always compared his wife to me and always thought that things would have been much easier if both of us had got married to each other.

He told me that he had made a mistake by allowing me to take a wrong step. Somewhere in my heart, I too felt the same thing.

My husband was trying to be nice to me but I knew that he did not love me.

When Kishore and I started talking to each other, I could not help feeling that we were a perfect match. I felt sad because we did not end up getting married. But then I realized my mistake.

I had fought with my husband for cheating on me so how could I do the same thing to him now?

Of course, I have just a friendly relationship with Kishore now. We never crossed the limits but I still felt guilty about it.

After a while, I had to go to my parents’ house for a marriage for 10 days. I was so busy with the arrangements, that I couldn’t message Kishore. I couldn’t even talk to my husband properly. When I came back, I was shocked to see my husband’s phone. He had messaged his ex when I was away. I was completely lost and asked him why he had done that. He said that she was having so many problems in her house.

He said that she feels good when she shares it with him and he just consoles her. A lot of drama happened.

I called his ex and asked her why she was doing all this to my husband. She too told the same thing. She said she shared a strong bond with my husband and she couldn’t stop talking to him. She said she is able to relax when he consoles her. I did not know what to do. I did not talk to my husband for a month. I asked him to give me some time.

Meanwhile, Kishore was telling me that he was facing problems in adjusting to his wife. I just told him that he should accept her completely and make her a top priority in his life. I told him that he should make her feel special because a wife expects this from her husband. I told him about all the expectations that I had from my husband and asked him to do the same things for his wife.

He started doing this and told me that he had started developing feelings for her and now felt that she was a very nice person.

But I did not tell him about any of my problems. I now asked Kishore not to message me because if his wife came to know about it, it would break her. Actually, I did not want her to face the situation that I was facing. He did not want to do stop talking with me. He said he felt good whenever he talked to me and it relaxed him. But I stopped replying to him and after a while, he too stopped texting me.

My husband was begging me to give him a second chance. This time, I had lost all hopes of making our marriage work. I told him that I would give him another chance just to be in a relationship. But I stopped expecting anything from him. Earlier, I would doubt him even when he went outside with his friends. Now I had even stopped checking his phone.

My husband makes me feel special by giving me surprise gifts. He celebrated my birthday and our anniversary. He has never done such things before.

I did not have any hopes about our marriage turning around for the better but I just acted as if it felt good. Now I don’t know what to do. That is the biggest question now. I can’t share this with any of my family members because they are all very sensitive and will not be able to digest this.

A marriage can be just a piece of paper or a sacred bond that unites two souls. It depends on how we want to look at it. Every human being is unique. And all relationships experience good and bad times. It’s only when both partners work on the relationship that we can face the ups and downs of life together as a couple. Do share this story because this sensible woman knows the value of relationships.