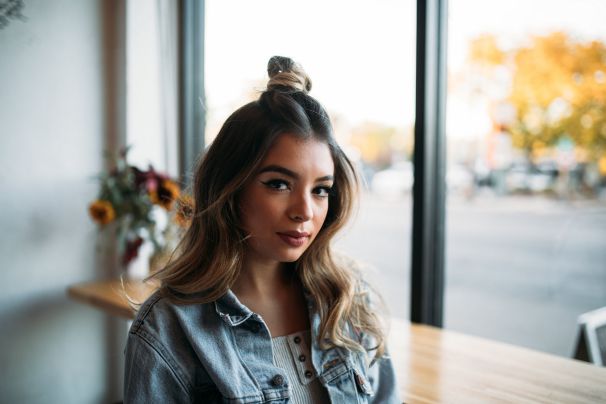 I share a bittersweet relationship with my parents. I am an only child. So my friends and relatives assumed that I was a spoiled child who was smothered with love. Maybe this does happen sometimes in nuclear families which have a single child.

I never said a word to dispel their illusion. But the reality was quite different. My parents do love me but in their own way.

Ever since I was a child, I sensed that there was something missing in my life. It was only when I grew older and wiser that I could put a name on that missing aspect of my life.

I was kept on a tight leash even before I started going to school. Most people thought my parents were being ‘protective’ about me. I never got a single piece of chocolate or anything else that I wanted. In fact, I had an uncle who would always take me for an evening walk and every day he would buy me a toffee. My mother expressly forbade him from doing this.

Why was she creating such a big fuss over a single toffee?

Whenever we had guests at home, I was scolded for every word that I uttered in front of them. I grew up with a fear of being in crowded places. I was always scared to say anything because I now had an inherent fear of violating some rule or the other.

To this day, I suffer from severe social awkwardness. I am either abrasive and rude with my words or shy and quiet. But I always end up editing my words in my head. I keep second-guessing myself when I say something to someone.

When I was in school, I wasn’t allowed to bring my friends home. I wasn’t even aware that a concept like this existed where friends could visit other friends. My friends were terrified of my parents because my parents had scolded all my playmates for distracting me from my studies.

I wasn’t allowed to watch TV at all. I grew up in those years when ‘Shaktimaan’ was a big deal among children. All my friends were excited about it. And I didn’t even have a clue about what the whole thing was about. My schoolmates would mock at me because I would stare at them with a blank expression when they all chatted excitedly about the latest episode. Eventually, I rebelled at home and demanded that I be allowed to watch ‘Shaktimaan’.

My mom just disconnected the cable and started crying because she felt she had produced a “stubborn” child who just “wouldn’t listen to her.”

I continued to study amidst all this emotional turmoil. I turned out to be a good student. But I wasn’t allowed to pursue any hobbies. I was taking private painting classes and loved these sessions. But one day my teacher simply stopped coming.

I was quite bewildered and did not know the reason for this.

Finally, I found out that my parents had stopped paying for my classes. I was heartbroken and took up writing. I knew my parents couldn't stop me from pursuing this hobby. But they did try to convince me to stop doing it. I was a voracious reader and my storybooks were a constant thorn in their sides.

My mom frowned every time she saw me with a novel in my hand.

All this was a little difficult for other people to understand because my parents would proudly tell other parents that their daughter was ‘a gifted painter’ and she ‘wrote so well’.

They always omitted to tell them that they never gave her even an ounce of support when she pursued her hobbies.

I didn’t grow up in a big city. My hometown is pretty much like a village. But after I appeared for my high school board exams, I applied to all the prestigious colleges of my state. I was a good student and backed with a 92% score, I got admission in every college that I applied to. I settled for a very reputed university in southern Kolkata. I was allowed to leave home for the first time.

It was on that campus that I tasted freedom for the first time. I learnt the value of having my own opinion only after going there. I learnt to say "Yes" and "No" to people. I simply can’t explain how important this was to me. I had never had an opinion about anything before this. I understood how precious this kind of freedom was only during the years that I spent in Kolkata.

Eventually, I stopped asking for money from them. The tuition fee at my university wasn't much. It was owned by the government and I had to pay only around Rs.2300 – 2500 per semester. I did have to buy books though and take care of my personal expenditure too. So, I started offering private tuition to school children. I had to run things on a tight budget money-wise but I was happy.

I could finally look my parents in the eye and talk back. I could do the things that I wanted to. I did not want to feel like I was a burden to them in any way.

Yes, I did have a rough time. In fact, I even ended up repeating a paper in my third year. I hit rock bottom when this happened.

I had never failed in anything before this.

As per the university rules, I had to appear for that paper the next year as a supplementary exam along with my juniors. It was tough because it was an additional burden to the papers that I had to clear that year. The timetable had been created in such a way that we did not get much time to prepare between the papers. I had not told my parents about having failed in one paper the previous semester.

But the night before the exam, I broke down and called my father. I told him everything. He advised me to stop studying at once and come back home.

THAT was the kind of support I got from my parents. But that was the best thing that happened to me that day. When he said this, I just stopped crying and started studying. I ended up getting the only A+ grade among all the students who had appeared for that paper that year.

Thanks to my dad’s words I ended up proving my worth to myself.

After I finished studying, I appeared for a few competitive exams. I finally ended up in the Income Tax Department where I am working as an inspector now. I was posted in Chennai – 2500 km away from home. My parents reacted quite strongly when I told them about this new development. But I refused to relent. There was little they could do about it. I had saved a considerable sum of money from my tuition and was determined to pursue my career there.

Finally, my dad threw these words at me. He said, "If you want to do this, go ahead. You have always been very hard-headed. I hope to see your name as a rape victim in the newspaper one day. That will teach you your lesson well."

I left home the very next day. I wish I could say that I never saw their faces again. But I knew I was definitely wiser than my parents.

I visit them thrice in a year. I send them money regularly. I buy gifts for them and smile up at their faces. And when I do all this, there is only one thought that runs through my head…. "I won." They are now preparing to host my wedding and I am paying for it. I am getting married to a man of my choice. It is understood that I will never return home permanently. I am still winning.

Let’s share this story because we realize how experiential ‘parenting’ is only when we become parents ourselves. Parents too are human beings. Parents are not perfect. They are doing their best to be good parents to us in their own way. Yes, some of their mistakes/decisions can change the course of our lives forever. But they will always wish us well.  Let’s not get into a - I win – you lose – mode – with our own parents. We can't equate love with money, can we?