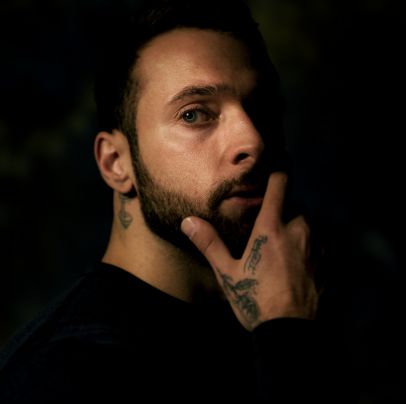 My mother has made my life miserable so much so that I hate living in my own house. I cannot really say that both my parents believe in the caste system. All I can say is that my mother believes in it totally.

So, my mother and I have huge differences in our thinking pattern, especially where concepts like caste and religion are concerned.

I am a Hindu by birth. I have spent most of my life in the Delhi NCR area. My father spent his childhood days in Haridwar. He has lived in different cities in India and has traveled abroad too. Before my mother got married she lived in the Muzaffarnagar district in Uttar Pradesh.

I think my father is more broad-minded than my mother because he has travelled so extensively.

I have spent 24 years of my life with my mother. I finally understood that the root of all our problems lay in her thinking pattern. She is a firm believer of the caste system. This affected our lives in several ways.

Our relatives (especially the ones who were married to people belonging to a different caste) from my father’s side stopped visiting us because my mother was extremely rude to them. We meet such people only whenever there is a funeral. My mother, of course, never attends any of their functions.

I am reluctant to invite my friends to my house because I know my mother will not treat them with respect.

She will, as usual, discriminate against them saying that they belong to a different caste. We are vegetarians. So whenever anyone visits our house, my mother will give them food and water in vessels which are specially kept aside for folks who may be non-vegetarian.

My mother uses foul language to address people belonging to other castes. She will call them filthy, mlecchas, dirty folks, murderers, etc.

I have seen my parents fighting several times because there is such a big difference in their ideologies. Such fights have often taken an ugly turn.  My father finds it difficult to keep his temper in check at such times. He does not want to indulge in any kind of domestic violence. So he just drops the matter.

My mother uses foul language to address my sister and I because we simply reject her caste based conservative ideas.

My mother constantly tells me not to eat my lunch with other people in the office. She asks me not to socialize too much with others. When I refuse to listen to her, she refuses to pack lunch for me.

Often I refuse to eat the food that she cooked because it was filled with so much hatred.

There have been times when I have eaten outside for an entire month. I did not feel like touching even a single piece of bread from my house.

But my mother strictly forbids me from even entertaining such ideas. When I try to reason out with her logically after citing enough evidence from the Hindu scriptures, she refuses to listen to me.

At such times she says, "Who will marry the girls of our caste then?" I really did not know how to respond to a statement like that. So I just rolled my eyes and went out. My sister and I have been deprived of her motherly love because we think so very differently.

It’s been more than 10 years now since I felt her motherly touch.

She hates me to the core and constantly brings down my morale by calling me an ugly, negative and non-religious person. Sometimes, she even calls me anti-Indian. Because there is such a big difference in our thinking patterns and ideas I have become agnostic. I don’t believe in the caste system – at all. But my mother is a devout person who strictly supports this system.

I have grown up to hate this system to the core now. I can connect all the problems that we Indians face today directly to the concept of caste. I am reluctant to follow any religion strictly now. I choose to remain a vegetarian though.

In fact, I don’t even believe that we need a religion. We just need to have our moral values in place. We just need to keep our wits about us and try to do something worthwhile with our lives.

I love interacting with people who belong to different communities.

I feel people who belong to the same caste end up having a homogeneous identity and set of beliefs. I have been struggling to keep my cool in my house for the last 24 years. I don't want to end each day of my life with a fight. I honestly feel that our caste system is like a disease which is unique to Hinduism and India. The only solution that I can think of to uproot this evil is this:

We should refrain from using our surnames because it suggests that we belong to a particular community. When we give up our surnames, we will stop feeling proud of the things that our ancestors did. I want all the people of my community to share the glory of their deeds.

We should not look for brides or grooms who belong to a particular caste at all. In fact, caste should not be a criterion at all when we choose our partners. If we want to remove this outdated system from our country, we should stop mentioning our caste to each other when we decide to get married.

My girlfriend is a true sardarni. She is open to accepting everything about my life except for the attitude of my mother. Parents have a very important role to play when two families come together to get their children married.

But instead of doing this, my mother abuses me and says bad things like: “Tu aise hi marega. Teri family main sabn aise hi marte rahe.” My girlfriend and I fight only because of my mom. She is still with me.

But now she says, she will leave me because she does not want to become a part of such a messy scenario. I feel stuck and I don’t know what to do.

How can we even impose our beliefs on our own children? At best, we can expose them to the benefits of our beliefs ( if any). They will believe in completely different things based on their life experiences. As parents, shouldn’t we be open enough to accept their beliefs too? They will live their life their way – with or without our blessings. So let’s share this story, broaden our perspectives , question our beliefs from time to time and tune in with their beliefs.