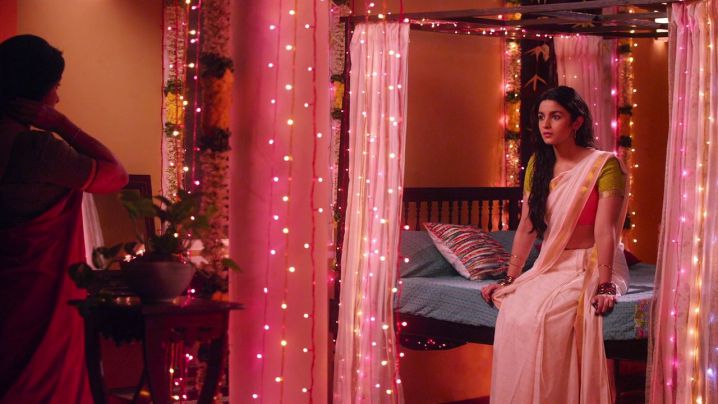 I read somewhere that life is like a movie and we are all playing different characters. You can be the hero or heroine of your own movie (sounds good right). For sometime when I can imagine that, suddenly it gives me a good feeling. Like whatever is happening in life, bad or good, will change because, "Picture abhi baki hai mere dost".

My current life situation is like the movie 2 States. I belong to a typical Marathi brahmin family. My father is a very spiritual person, he spends hours in pooja, not daily but only on Thursday. That's his special day and everyday he spends one hour on reading different kinds of spiritual books. He is also a member at the devi temple near our place. On the other hand, my mom is a mixture of both (thank god for that), she also prays but as per time limit.

And I'm totally the opposite, I mean I pray but don't do pooja and all, I just talk to God directly.

So I met a guy a few years back at an event, it was totally for business purposes. I started talking to him and I used to only talk about my company and about the deals because I needed to make money very badly. That's a different story or a different movie which was a flop, I can say that.

Coming back to the guy I met, he told me that he was very interested and would come soon to finalise the deal. Soon he started sharing stories from his life — what he does, everything he likes to do. In the beginning, I use to get very bored to be honest. But later, things changed. I started listening to him and I found a genuine, honest and a hardworking man in him.

His idea of life attracted me towards him and in a few months, we both fell in love with each other. However, we both forgot one important thing and that was our caste. I belong to a Maharashtrian family and he's christian.

I know we are in 2017 and caste doesn't matter, there are many people going for inter-caste marriage. Many of them are my friends and relatives. But when it happened to me, everyone, even those who had an intercaste marriages didn't support me. They said it's all very difficult and I won't be able to handle it.

Personally, I feel God is one, and I believed in it since my childhood. My dad is getting nightmares ever since I told him I want to marry a catholic guy. He is worried about the society. Some people tried to explain to me that my mom and dad did so much for me — educated me, gave me everything I wanted, so now it's my turn to return the favour and get married to a guy of our caste.

I know and I appreciate whatever my parents have done for me. But this is also an important decision of my life. I have to spend a lifetime with the guy I choose to get married to. I don't know what will happen in the future but right now I can take a stand for a better future.

I have a strong pillar standing with me, who is my mom. She is also scared about the society and relatives but for her, the most important thing is to see me happy with whoever I end up with.

So now, in this situation, when I am worried, I think — "This is my life, my movie and everything will be alright at the end, just like in the movie 2 States." I feel happy and relaxed when I think like this.

You can also try this theory. If you are having a bad time, imagine yourself in a movie and tell me how it feels.