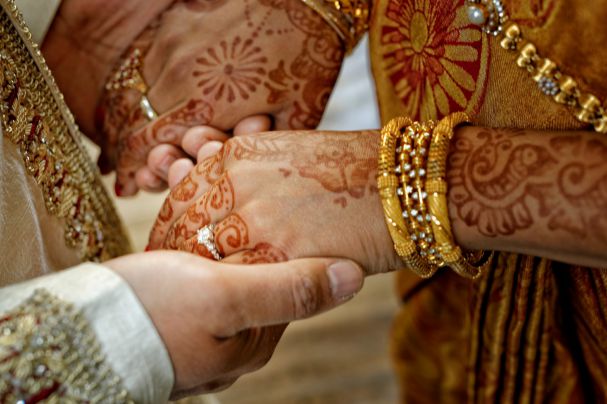 I was a simple girl from South India. I met my dream man on Facebook. Our love story was just like a movie "You've got mail". We fell irrevocably in love and had a hassle free marriage with the blessings of both families.

Things got worse with his father. He left no opportunity to fight and blamed me for every problem in his life.

During this time, my husband was very supportive and stood by me whenever I was right. But I being the "Sanskari" Indian “bahu” did everything that was expected out of me.

I quietly tolerated everything without opposing. I thought it was a small price to pay in exchange of having an amazing husband. We were always pushed to our limits. His loyalty towards his family was often tested. But we were patient. We thought every family would have its ups and downs. We felt that it was okay to tackle them as long as we both were together. But things got so bad that finally we found ourselves running out of solutions to all the problems. Sadly they were created by his family members.

The worst part was that I was not allowed to talk to or meet my parents. I opposed that rule of not letting me meet them. After all I was still their daughter. My husband always supported me and allowed me to go to my parents’ place.

My in-laws even asked him to move out of their house for supporting me but he ignored that. He was the true pillar of strength for me. Once I visited my parents' place and then went to meet my mother in-law. She was willing to meet me but I was denied entry into the house by my sister in-law. The reason being, I had visited my parents’ place. The servant was instructed not to open the door for me. I called my mother in-law who was not keeping well. She was also helpless in front of her daughter. I felt humiliated. I even considered leaving my family and staying away from them. But I measured my mother in-law’s ill health and decided to continue.

I felt as if my husband was emotionally blackmailed and financially abused. His father and sister would ask for monetary help from him. He gave it to them without any hesitation. He was just trying to be a perfect son and a brother.

Finally after two and a half years, he decided to move out of the house. Later he was not allowed to meet or talk to his mother for 3 months. After a lot of coaxing from his extended family he was finally allowed to meet her. It has been two and half years now and things have changed between my husband, his father and sister. But their behavior is same with me as they still blame me for everything that happens. I am not letting this impact my husband’s relation with his family and fortunately things have improved compared to the past.

After reading so many stories on this platform, I would like to make a point that, not all husbands are cruel and controlled by their families. They definitely know what is right and wrong. They have the guts to stand and support the person they have promised to take care for the rest of their lives.

This one is especially to the man I love the most. He did his best to protect me. I love him with all my heart and continue to do so. Hope everyone will find happiness in life. I would suggest everyone to stay positive and let life lead the way.