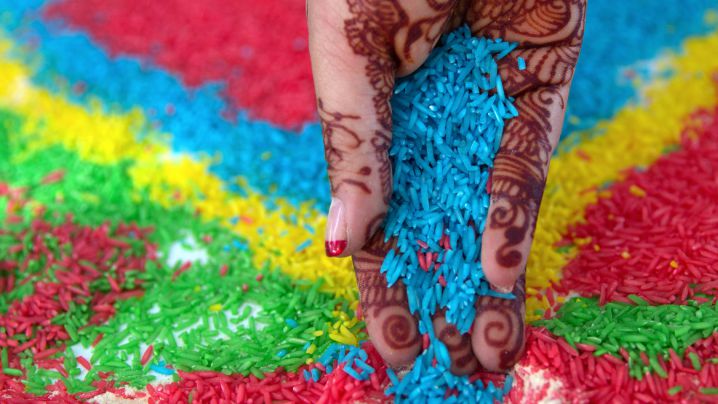 We had an arranged marriage, both of us happily accepted each other, spoke personally and said yes for the marriage. Everything was fine before marriage, the relationship between both of us was good. After our marriage, my in-laws started mentally torturing me by saying that after I stepped into their house, they were undergoing problems.

According to them, my horoscope was not proper and my parents could not tolerate me so they got me married to their son.

While I was on my periods, my mother-in-law told me not to touch clothes and she used to send me to my room wearing a towel from bathroom, in front of my husband, my father-in-law and brother-in-law. I could not tolerate all this as an educated woman but still I was quiet because I loved my husband.

While his mom was making me do all this, the love of my life never uttered a word. He stayed quiet when his dad used to scold me and my parents very badly.

I kept telling my husband to tell his dad not to speak bad about my parents but after our marriage, he had completely changed. I don't know why he married me. He was not supporting me, neither in my career nor at home. I felt lonely. They never allowed me to watch TV, I used to feel like I was in jail.

My husband never even tried to understand my problems but he always fought with me telling me that I didn't respect his parents. How much ever I compromised for them, they used to lie to my husband saying that his wife was good for nothing.

The main problem was that whenever my parents came to meet me, my father-in-law lied about me. He kept scolding me badly always and told my husband to teach me some manners. The one thing that really annoyed me was that his mother asked him not to sleep with me. She used to ask us every time we shared the same bed. It was frustrating to be in such a scenario. I was tired.

Whenever I complained to him, his parents twisted and turned the equation and made themselves the victim.

I stopped going to my in-laws' place after 6 months of marriage as I had no confidence whether he will take care of me. Though he convinced my dad and got a separate house, I was not happy. My husband used to abuse me, my father and his mother used to brainwash him. They told him to send me to work but I had lost my job because of non co-operation.

Later somehow, I gradually started making my husband understand everything about our future. He was okay till he visited his parents and everything changed.

He pushed me into depression and his aunt had spread rumours bout my 'bad character'. I asked him to tell them to stop but he told me that I was not behaving myself and that's why they did this.

I was hurt. Deep down I had loved him so much but the man of my life just gave up on me because of his evil family. He used to fight with me and even left home twice at night. The last time he was not ready to come back and he tried to prove that I was mentally ill. He even filed a complaint against me that said I was harassing him.

I was blindly in love with him and I still love him. He is not ready to come back to me and is telling everybody that I used to hit him. If I go to his parents' place, they will ask me to get lost so I was helpless. But finally, I'm strong and ready to let him go. I have filed a case against him in court.