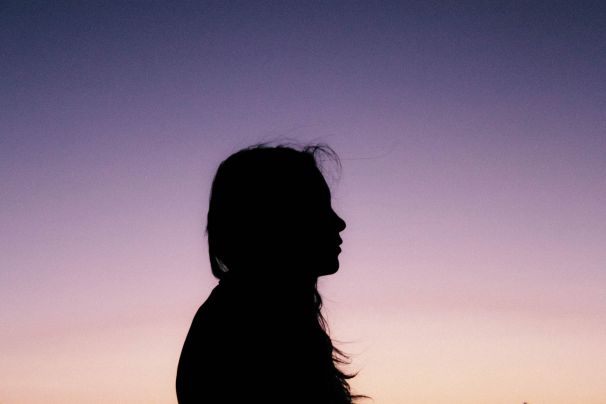 I was in love with my classmate and he was the best person I had ever met in my life. But like it happens with most love stories in our society, we couldn't end up together because my parents didn't accept our relationship. My parents emotionally blackmailed me and after a while, I finally gave in to them and got married to the guy they chose for me.

My husband and I had different professions. He was a businessman while I was a software engineer. But after marriage my in-laws' asked me to quit my job, even though they were not staying with us.

I had a lot of trouble accepting the fact that I was married to a stranger and so I didn't give much attention to my husband.

But everyone in my family, in his family and his friends' circle kept telling me how lucky I was to have been married to a man like him. But of course at that time nothing anybody said could convince me. However, after two months, I came out of depression and decided to do justice to my married life. I took this decision for my parents for I didn't want them to get insulted because of me. But by this time, my husband had changed. He had started ignoring me and often used to leave me alone at home and go out with his friends. I didn't know what to do, but I felt like I didn't have the right to ask him why he was behaving this way.

But one day, I came to know that he too had been in love with his friend. He didn't have the guts to tell his parents about her and so he left her and got married to me.

I felt extremely angry at him and asked him how could he do this to a girl, but he didn't have anything to say in his defense. Later, I realized that I had done the same thing to my boyfriend and was now blaming and accusing my husband for it. I felt like telling him about my past, but when I discussed this with my friend, she told me that a woman can accept a guy with all his mistakes, but it's difficult for a man to do the same. So I kept quiet about it.

Finally, my husband and I became good friends and we began our happy married life. He had a huge family and I was quite happy about it as I had always wished to be a part of a big, fat Indian family. But, slowly, I came to know that they all had many differences among themselves and were living separately. They were nice to me for I was new to their family. But when I started talking to them, I realized that all their differences were due to misunderstandings created by other people. I decided to clear all their misunderstandings and bring them close. Due to my efforts, they started gathering together for small functions at home and began going out for dinners and picnics.

Like everyone told me, my husband was indeed very good to me. He would help me in the kitchen and would let me do whatever I wished to. He never forced me for anything.  He asked me to live for myself, do whatever I wanted and not worry about what others would think or want. He was the perfect husband.

But I got bored of staying at home. Plus, we had to cut our expenses short because my husband's business wasn't doing well and so I decided to start working again. However, the city where my husband and I lived in had no software related jobs and for me to work, we needed to change cities. I thought it'd be a good idea to move to a bigger city, for it would benefit my husband's business and offer me a chance to land a good package too. But my husband and his family's reaction to my decision to move away and start working, shocked me. Not a single person supported me.

My husband thinks that I only want to party and have fun and that's why I want to shift. His parents, on the other hand, say that if we move to another city, they won't be able to meet us as often and we won't be able to help them if something went wrong.

And now everyone is behaving rudely with me and all this is forcing me to wonder if my decision to move is really all that wrong? But I can't understand why my in-laws' are acting like I am taking their son away from them, because the city that I am asking to shift to is not that far. They can as easily visit us as we can visit them. Plus, it's not like they are living with us even now while being in the same city, then why are they making a big issue out of this? What are they so scared of? I've told them clearly that I only want to work to help my husband financially. Once everything settles, we will return. But nothing seems to convince them.

Even after two years of marriage, I feel like I don't know my in-laws' at all, like they're all new to me. But the thing that confounds me the most is my in-laws' behavior . If I don't talk about my decision to move and compromise to stay back, they behave normally with me, otherwise they act very rude and mean. All this is making me mad. I can't understand why no one is supporting me when I have done many things for them all and have already sacrificed much in the last two years of my marriage.

Now, when I want to do something for myself, why can't I?

Sometimes I feel like this is my punishment for cheating on my boyfriend. He was good to me and my life would have been completely different if I had married him. But it's wrong of me to think about him for my husband means everything to me.

But I still don't know what to do - should I stick with my decision to move away or should I compromise further and stay behind for everyone's happiness but mine?