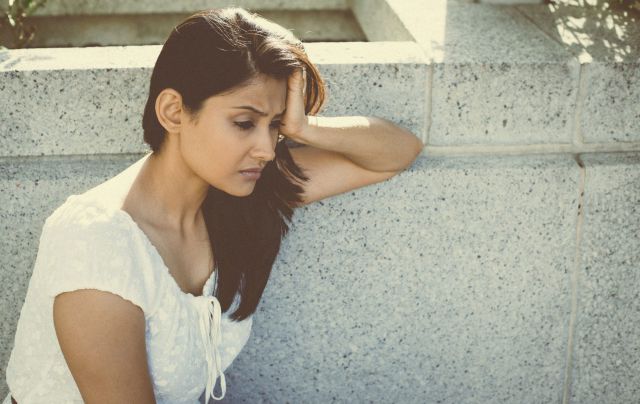 Hi! I’m someone whose marriage broke at the age of 24. I was 22 or 23 years old when I got married and it was a love/arranged marriage. I’m from a Punjabi family and he is from a Gujarati family. But sadly, it wasn’t like the film, Two States and nor was it a fairytale of any other kind.

I knew this guy since I was a teenager and we were together for a while before we decided to get married.

But the problems began as soon as our reception. I was getting ready, his mother and sisters were around me and when my make-up artists came by, they joked about how much makeup I would need to look “fair and beautiful” since I was so dark.

I was embarrassed but my make-up artists were sweet and whispered in my ear that I should ignore their comments completely.

I quickly became the “good bahu” in the house and did almost everything that I had to in the house to help my mother-in-law. We were a family of six; two of us, then my mother and father in law, my sister-in-law and their dog.

Soon, I found out that my sister-in-law was sick. She was deaf and dumb and had a machine in her ear too.

Her brain wasn’t mature and because of that, it’s a slight problem at home, as everyone entertained all her wishes and demands. She was now pursuing her 5thyear in college and she was becoming uncontrollable. She began feeling jealous of me and within time, she began waiting for the moment I would be alone- she treated me worse than her dog.

I tried to be nice and ignore her, but she used to make me feel horrible.

One night, when her parents were out, she caught me watching tv with her brother (my husband) and in a fit of rage, she threw the remote at my face and attacked me. She began scratching my face and I had horrible nail marks all over my face.

I ran to my room and cried. My husband was worried because I told him I was done staying with a mad woman like her- especially since we were planning on having children soon.

I have PCOS so family planning at an early age, I was tensed that she would harm them, fatally. The next day, my husband took me home and within a few days, my in-laws came and tried to convince me that this would never happen again. When I asked what would happen if it did, they had no answer.

Somehow, I was tricked back into going to live with them.

A few days later, another situation happened in the house and guess what- they took ME to the psychiatrist! The doctor told them that I shouldn’t be locked up in the house all the time, that it has begun to “disrupt MY mind!” I was shocked!

My husband was suddenly my enemy, or rather, I was his!

After a few more days, my husband dropped me off at my house and told me he’d pick me up soon. I waited and waited for that day to come.

I tried calling him; his house, his mobile, and even his office. His parents haven’t called; no one has bothered to check where I am or why I’m not going back home. I was in severe depression and then I found out that my husband had blocked my number. I still have no idea why they treated me like this and all I can do is be thankful that my parents are here to support me through this ordeal.

Share this story, because at times, men should learn to choose and support their wives over their families; it's time to shine light on this issue in our society.