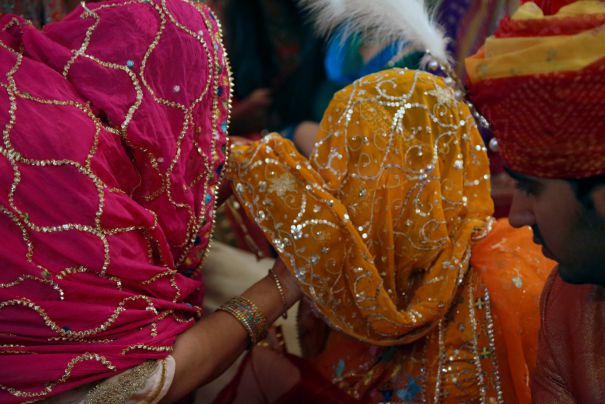 I am a modern and educated girl. I am also my parents' only child. I was deeply and madly in love with someone but that person broke my heart so bad that it seemed impossible to live without him. He moved on very quickly and I was still there, checking his and his girlfriend's profiles everyday.

But life goes on and when my parents told me about this really nice guy, I decided to take the arranged marriage route. He was actually nice with a respectable job and a well-to-do family. He was caring, loving, emotional, sensitive and made me laugh all the time.

He was everything a girl would want. I finally started to think that I have found love again.

Everything was good but then after the initial few months, mother-in-law happened. I just don't understand why Indian parents have such high expectations from their daughters-in-law. I think 90 percent of the problems in Indian marriages are because of the mother-in-law.

We were very happy together but she just could not digest it. After every couple of days she would bring up something because of which my husband and I would end up fighting.

The reason for which we fought the maximum number of times was for visiting my parents. Every time I would want to visit my parents, she would create an issue as to why she was not visiting us. She even had a problem with my husband visiting my parents. He was allowed to stay there only for a day, never more than that.

In the 3 years of my marriage I have only visited my parents for about 10 days and my husband has been there for only around 4 days. I am their only child; all they have is me and I am not allowed to visit them whenever I want.

I so want to revolt against this but whenever I have tried, we end up having a big fight. It might sound like a trivial issue but it has a big impact on my life. I feel bad for my parents. And I don’t get it, if you are so insecure about your son, why get him married in the first place?

Why do we still believe that once a girl is married she does not belong to her parents and that she belongs to some random people whom she is forced to accept as her own? Why are we forced to accept such relationships?

I love my parents and my husband loves his. I don’t expect him to love mine, then why am I expected to love his?

I have read that Indian marriages leave a girl helpless, it’s really true. I believe parents should just let their children be. Respect and love cannot be forced and you cannot bring your daughter-in-law close to you by taking her away from her parents.

How can you force relationships just because it’s a societal norm? Share this story because relationships should be based on mutual love and respect.