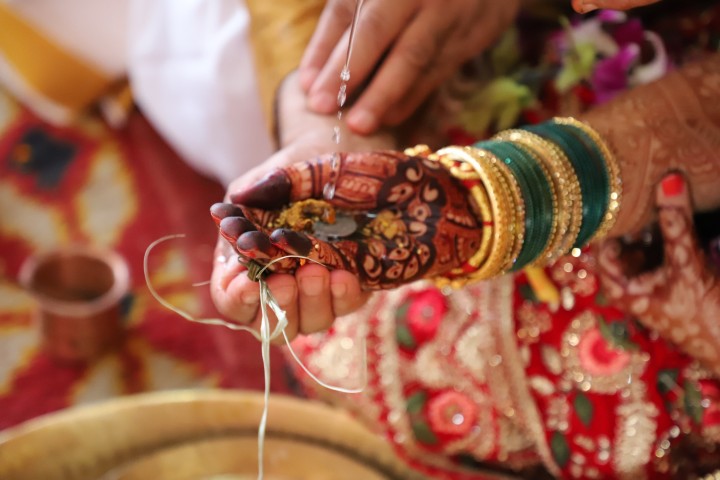 My worst nightmare came true on the day of our ring ceremony.

My father-in-law insulted my father in front of our guests and relatives because he felt that his guests could not dance to the DJ's music as my parents had also arranged for Mata ka Jagrata on the same day. My parents sought the blessings of Mata Rani for our new beginning but my in-laws got angry. My parents and I weren't aware that this will become a reason for dispute and embarrassment.

Furthermore, my father-in-law said ridiculous things to my parents over gifts and arrangements and my father did not say anything as he is a simple man and could not understand the reason behind the anger. When my husband (then fiancé) tried to calm him down, he tried to slap him. Since that day, my father-in-law had numerous arguments with my husband, including why they weren't taking dowry until marriage. Just after our marriage, my husband and I were going to shift to a different location because of our jobs.

Strange thing is that my father-in-law thinks that my husband is getting influenced by me and my parents so, in typical old Bollywood style, he sent a handwritten letter to my parents mentioning how they have badly affected his son. Another childish thing he did was that he blocked my husband’s number on his phone.

As a newly wedded bride, all my dreams of marrying into a happy family have been shattered since I know now that I will never be accepted wholeheartedly by the parents who think my family and I have "stolen their son" from them.

I'm appalled at the fact that my husband's parents have conveniently forgotten that he's a grown-up educated man who can tell the difference between wrong and right. Just like I am an educated independent woman. I'm still expected to wear a sari every day and hide my face behind a veil, against my wishes and when I do not follow this age-old rule, I am ridiculed by them. I've heard so many derogatory comments just because I wore a suit one day instead of a sari to visit a relative’s place.

However, I thank God every day because my husband is such a caring and understanding man. He stands up for me every single time. Big thanks to my lucky stars.

I have always seen a boy’s family say they are progressive but all they expect from their daughter-in-law is to put them first and forget her family. At the same time, they want their son to be their son only and never someone’s son-in-law.

All I want to say to all the young girls' parents out there is that if you have raised your daughter well, educated them, and made them independent then before fixing their marriage please go for a proper background verification because your daughter might not be treated with the same respect and love as she should be .

I Paid A Huge Price For Bringing In Lesser Dowry