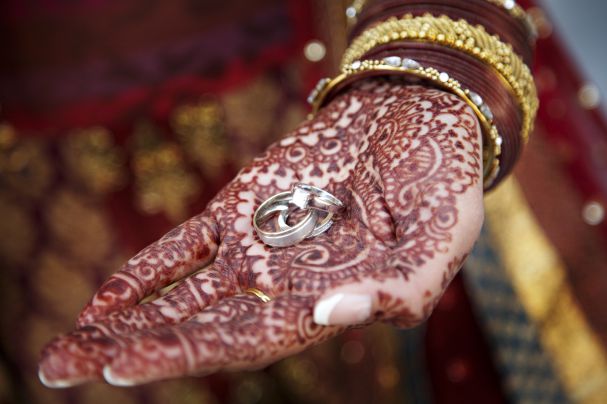 I was pursuing my CA exams when I got a marriage proposal. I wasn't sure that I wanted to pursue my studies further or I wanted to get married. I chose my career and I said to the guy that we should stay as friends.

I didn't know he loved me secretly. We used to chat on Skype and Whatsapp and one fine day he just said, "I want to get married." I too loved him but I wasn't sure. I did not respond and in anger he just screwed up his life. He got married under family pressure. I got to know about his marriage later and I was upset. We chose not to remain as friends either.

My friends used to tell me that he was not meant for me but I decided to call him but then I got to know that the girl who he got married to was forced to marry him and she left him on the very first day of their marriage. I started blaming myself. I thought I needed me to pull him out of depression.

The girl's family tortured him too much and he suffered a small heart attack. They were asking for money for divorce and they used to torture the guy's family by putting false accusations on them.

My parents were finding a guy for me on the side. In the meantime, this guy got placed in Sweden. I was so emotionally attached to him by then that I was shattered that he was leaving. My whole world was falling apart.

His abroad job brought us closer together. Late night calls, being with each other through Skype, sharing problems, laughing, crying with each other but all in the virtual world. My mother knew that I loved him. She became friends with him and asked him to get a divorce soon so that she could get her daughter married to him.

We were happy but he was upset and the girl's side of the family was still misusing their power. Dates were coming and going but the case was pending. On the other side, the society was more concerned about my marriage. I was 29 and still single. My family was also worried but could not find a guy for me because of my 'over-qualification'. I always wanted to marry a CA but being with him I realised that the degree was not important, love was.

Then came a day when I pushed him to come back to India and solve his case. 2016, his case was supposed to get over. But now my family came into the picture. My brother got to know about him, my family used to respect me because I had a social image to maintain. I was over-qualified in my family. I held a lot of degrees to my credit. My dad was proud that in the whole family tree no one was as educated as me.

My brother tried to hit me and pushed me out of my house but my parents stopped him. Then he asked me to ask the guy to write a detailed description of his past. The guy I loved was rejected without even knowing how much he loved me, without even meeting him. Then my family started hating me as I was till in touch with him. We hoped that one day things will be sorted.

Now my family had problems that he had a smaller house as compared to ours. They started calling the guy's family and threatened them to leave me. They started abusing him and did every possible thing so he could leave me.

Now they have threatened me that if I run away and get married to him, they'll kill him and his family. Without even being together, we are together and no one can separate us from each other. We are still single and waiting.

This is a genuine request to parents — we are grown up enough to decide what's good and bad for us. Guys are not always at fault. You cannot judge anyone's character by a small or big house, and qualification should not be the major criteria to marry a guy or a girl. Just because another woman left him doesn't mean he'll leave me too. Stop challenging my destiny.