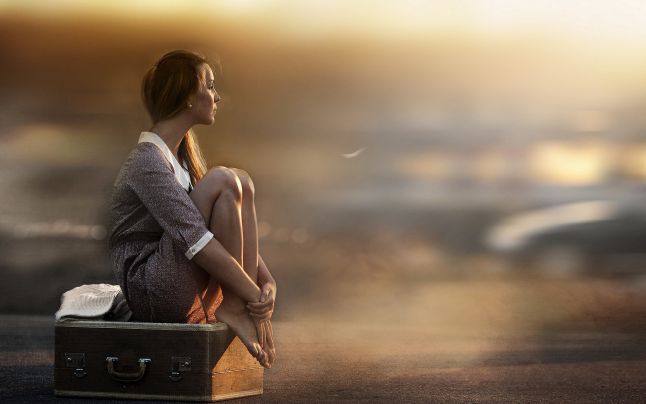 I lost my parents when I was 1. Honestly, I don't miss their absence much as I have a loving and caring brother. He is 10 years older to me and is a fatherly figure for me.

I was 17 when he got married and my sister-in-law came home.

It was a love marriage and I was very happy for him. My sister-in-law is a good lady and loves my brother a lot. I like her but initially, we had some tiff, nothing serious though.

After few months of their marriage, her younger brother who is 3 years older than me came home to stay with us for few days.

This was the first time I met him. He reached home in the morning. My brother introduced him to me and left for office.

Soon my sister-in-law left too for her office asking me to take care of him. I had a little conversation with him, served him lunch and then went to my room to have my afternoon nap. He was in the living room watching TV.

I was sleeping in my room when I suddenly felt someone touching me inappropriately.

I woke up and found him in my bed. He was pretending to be in a deep sleep when I found it out. I was shocked and started panicking. I quickly went to the other room and locked myself in.

I was scared and thinking what I should do next. I was wondering, how my brother and sister-in-law would react to it. Finally, I decided to tell it to my brother and let him take care of it.

I trusted my brother and had full faith in him.

So I didn't open the door till my brother came home. Once he came, I called him to my room and told him everything that happened. I was sure that he would do the justice. But to my surprise, my brother after listening to me was salient and went out of my room.

I kept waiting that he would react and get me justice. But he actually did nothing and started behaving normally with his brother-in-law. I was all scattered and hurt. I never expected this from my brother.

This incident left lots of questions unanswered for me. I keep wondering if he thought I was lying about it or he trusted his brother-in-law more than me.

I also wonder that if he was more concern that his wife might be hurt rather than doing justice to me.

"There's no justice in the world. Not unless we make it." Share this story if you agree.