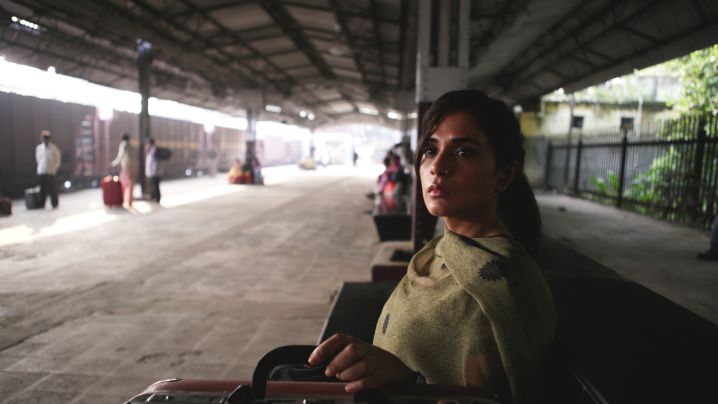 Sometimes in life, when we don’t get what we want - it’s a powerful stroke of luck.

Seven years back, when I went for graduation to Varanasi, I met him. It was a new place with new people in it. Since I was born and brought up in Delhi, it wasn’t easy for me to settle into this city. My classmates thought I had an attitude problem and that girls from bigger cities were vain. I lived in a hostel campus and met him in our college canteen, one evening. Some seniors were trying to rag us, and he helped me escape them. He then introduced himself to me and told me that he was from Uttar Pradesh.

As time passed, we became good friends and then lovers.

He lost his mother in the first year of college and I remember how I used to cry watching him in pain. But even through this personal crisis, he took out time for me and constantly told me to take care of myself. My friends told me how lucky I was to have him in my life, for it wasn’t easy for anyone to think about someone else during such a painful period. I too convinced myself that he must really love me. Through it all, I stood by his side and helped him deal with his loss.

After a while, he started feeling better. But it wasn’t easy being in a relationship with him, because he was very conservative. He restricted me from talking to my guy friends. I didn’t think about it then because I didn’t talk to anyone much, anyway. But the restrictions kept coming and growing.

He wanted to change me completely and I agreed with everything because I thought he loved me and only wanted the best for me. From jeans and skirts, I started wearing suits. I had to take his permission for outings and college trips. I had to have my phone checked. Even if I wanted to go out with my girl friends, I had to ask him, because he thought a few of them had “questionable” characters.

Deep inside, I knew I wasn’t happy with all this, but I bore it all, in the name of love. One day, though, I got tired of it and asked him why he acted so suspicious and tried to monitor my life. He said it was because he was insecure, because he could not even imagine spending his life with anyone except me. It was then that he asked me to marry him, right after we completed graduation. But I wanted to study further and at least finish my post graduation before settling down and told him as much.

It was then that he told me that he wanted a housewife. Honestly, I was quite surprised to hear this.

Soon college came to an end. While I started preparing for post graduation, he started looking for a job. As we got into a long distance relationship, things started changing between us. He no longer had time for me. Even when I used to call him, he wouldn’t take my call. I found out that he used to talk to other girls. When I asked him about it, he said that if I wanted to marry him, I needed to pay his father a dowry of at least 10 lacs. I couldn’t believe my ears. I was so shocked to hear him say this. The man I had been with through thick and thin was now asking me to negotiate with my dignity. And yet, once again, I convinced myself to accept all his conditions. But every time he talked to me after this, he would threaten me to pay up the dowry or suffer watching him marry someone else.

But somewhere deep inside, I couldn’t believe he meant his words, for I knew he had promised his dying mother that he'll marry me. And then one day, my best friend called me to tell me that he had proposed to her.

I couldn’t come to terms with this fact and slipped into depression. Slowly, however, I realised that I couldn’t ruin my life or my fathers’ dreams for someone like him. I realised I hadn’t studied so much to become anyone’s housewife or slave. So, I collected my broken pieces and gave life another shot. I got the job of an assistant professor at a reputed university and made my father proud.

Once again, I started living life on my conditions and started doing all the things I loved – from wearing sleeveless tops and jeans to wearing skirts. I rebuilt the confidence that I had lost. And most importantly, I loved my career as a teacher. One fine day, his cousin called me and started blaming me for making her brother’s life so miserable. She ended up saying that she was glad he was getting married to someone else. Even then, I wished her and her brother a happy life and told her that his nonsense used to bother me earlier, but now it didn’t. She called me selfish and said that I was incapable of understanding true love.

If this is true love, then I am happy without it.

I lost whatever little love and respect I had for him, when I lost my brother in an accident. He knew my brother, so I had messaged him when he passed away. But he didn’t even have the courtesy or the decency to reply to it even though I stood like a pillar with him, in all his weak moments. But it’s all okay. I hope he’s happy, wherever he is. I have learnt that with time, people change.

I know that somewhere, someone is waiting for me, who will love me just the way I am.