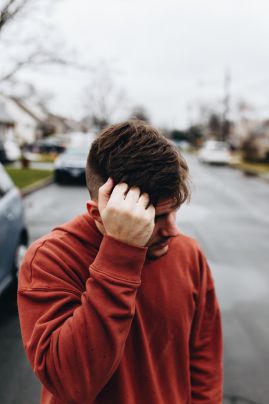 I had a horrible past. When I was first heartbroken during my school days, I pledged to never fall in love again but who has control over their hearts? It happened again.

In my college days, I had fallen in love with one of the most beautiful ladies I had encountered in my life.

I was a Bengali guy from Bokaro (Jharkhand) and she was a Bihari girl from Gaya (Bihar). I first met her in college. We both were studying engineering. The first time when I saw her, I developed a deep crush on her. But when she saw me, she had a totally different reaction.

She thought of me as a rude and arrogant guy with a lot of attitudes.

Perhaps, because I was a famous dancer in my college. Our first meet was an unofficial one and neither did I know her name nor did she. But we both were in the same department. I was in electronics and telecommunication, and she was in electronics and instrumental. Later on, I even came to know that she was the branch topper whereas I was the struggler. I somehow used to clear my papers without any backlog.

In our college, every year MUN is being held where I officially met her. Our conversation began in a very odd way. It was related to my past and my ex. On that night, we exchanged our contact numbers and also added each other on Facebook. We kept on chatting day and night and also used to hang out sometime.

After two months, I proposed to her on my knees and luckily, she accepted it after a week.

She was now my girlfriend, my dream girl. I had told my parents about my relationship as they were too frank with me and they accepted her happily. On the 2nd of each month, we used to exchange gifts as we came into a relationship on 2nd December. We both trusted each other blindly.

She used to help me out in studies and teach me before the exams and I improved in my studies.

Gradually, we became more close to each other. Now we were into a physical relationship. We both were happy. Then, came the summer holidays. And summer holidays at our college last for two and a half months, which is a pretty long time. While returning back home, I took her with me to my place to meet my mom and dad and that plan was a great success, both parties were happy. After that, she returned back home. I missed her badly and same was her case.

As she was from a Bihari family, so their cultures were a little bit different from ours.

Only her mother and her younger sister knew about me. It took a bit long time for her mother to accept me. When she was in her home, she used to sleep early and wake up early. But in my case, I was just the opposite. So we were not able to do late night phone calls but somehow managed to talk in the morning and evening time. One day, her father caught her when we were having conversations over the phone. He called her up and asked her about me. She was not able to hide anymore so she said everything about us and our relationship and from there everything changed. His father got annoyed and stopped talking to her own daughter (my girlfriend). He even cried for this and was not even ready to look at her face as if what a great crime she had committed.

He was not at all ready to accept this relationship and I don't know why.

What was wrong in this? She was feeling guilty. She tried her level best to convince her father but he was stuck to his point. She could not see her father in that condition so she had to choose. Either get out of this relationship or see your father suffer. She chose her father over her love. And I do respect it. But what was lacking in me or in my love? Why did I have to sacrifice my love? Why people have a problem with relationships? Why can’t every parent in this world be frank and understanding? Now our present condition is we both love each other, we both say "I love you" and "I love you too" at the end of every conversation but we are not in a relationship. A perfect example of half girlfriend. She is still trying to convince her father if he ever accepts me.  And, I have taken it as a challenge to prove myself to become a successful man and stand in front of her father, as a perfect person who could keep his daughter happy.

This is not the first time we see two lovers getting separated because of religious/culture difference. Isn't a relationship more about the thought process compatibility between partners and not of their religious belief? Share this story, because the society needs a change.