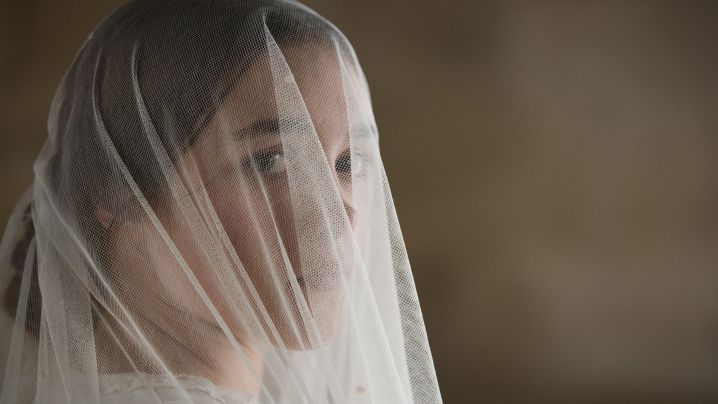 My husband is forcing me to leave him. I love him so much and by the Grace of God, we have an adorable three-year-old son, whose life is the only thing that matters to him now. He wants me to leave my son and he says that I can leave for good, which is an impossible thing for any mother to do. We are married for five years now. Ours was an arranged marriage and since the beginning, we never had chemistry like other married couples do. My husband is a typical IT guy, he prefers his laptop and gadgets over everything.

Never has a day passed, when he did not disrespect me or abandon me, and left me alone to fend for myself in my miserable life.

I am a working mother, and despite getting no family support (from my husband's side), I have been handling office, home and the upbringing of my son, quite smoothly. Initially, just after our marriage, we had a lot of compatibility issues, but my mother-in-law forced him to plan a family to fix our problems. I wasn't aware of this, and I just assumed that he is changing for good. I got pregnant after just one intercourse. As he heard the news of my pregnancy, he was happy initially and then slowly and eventually he started deserting me.

Throughout all three trimesters, he had no time to come even once for my routine check up to the doctors or to stand by my side during the sonography. He never let me rest like normally pregnant women do.

I had been working until the due date, where finally my doctors pressurized me to rest as I had crossed my due date. And then I welcomed the new member in the house - our baby boy! My husband’s attitude changed completely after his arrival as if he had given me a toy to play with and his work was now over. Ever since then, I was expected to leave him alone and wasn’t supposed to “bother” him. Handling a baby all by myself was not an easy task, it was way more difficult than I thought it would be, but I learnt eventually.

He kept deserting me day by day and night by night. We started sleeping in different rooms.

My son was growing up very fast, seeing him always brought a smile to my face and made me forget my misery and loneliness. But the reality of my marriage was that our relationship had faded, and the last thread that was left of it was only parenthood. We never get intimate with each other now, I tried many times to arouse him but I am also afraid to get close to him because he insults me when I do. He avoids sex by giving lame excuses such as work or health, and disrespects me every time I make the effort, as if I am doing something wrong and as if I do not have any right to seduce my own husband.

I finally gathered enough courage to speak to my parents and my in-laws about our problems, and informed them that we are thinking about separation. But to my worst nightmare, I never expected my in-laws to support this decision.

Even though I am independent and can take good care of my son, over the years he made sure that I am left with no savings at all. I am broken, shattered, depressed and at times I think about running away from all this. I see my son’s face and keep fighting with life every single day, even though I would rather give up everything for my peace of mind.

He denied everything and asked me to mind my own business, as this is his life and he will do whatever he wants, and I am no one to control him. Hearing these words killed me inside out, and I couldn't stop crying. My son is very attached to his father and that is the only reason I have to bear with him every day. I cook, clean, do all the dirty laundry, and keep the house going just like any other Indian housewife, but I have no one to talk to or share things with. Every day, I sleep on a pillow wetted with my tears, but I see no hope of reviving this dead relationship.

There is another man in my life. He is the true love of my life, a part of my past that I treasure closely even today. I know him since college time, and we met recently after ten long years.

He is still the same man I knew - loving, funny, and fun to be with. He expressed his love for me once again, despite knowing that I am married and have a son. Earlier, he had wanted to marry me after getting a good job. But he was very possessive and over-protective, which at times I didn't like and I would fight with him sometimes to give me a little space in our relationship. I would get scared of him then. We belong to different castes, he is a Maharashtrian and I am a Sikh.

Just like typical Indian parents, mine did not support my love story and emotionally blackmailed me to get married to my husband because he belonged to our caste.

Meeting him after 10 years, I found him evolved. He is more kind, caring, loving and even more responsible than before. After hearing about my miserable life, he cried for me and said sorry uncountable times because he let me go in the past. He proposed me to get married to him after my divorcing my husband. He also got married last year due to family pressure but within two months of his marriage, he got divorced. I am in a damaged state of mind. On the one hand, there is my husband who doesn't care if I exist or die, I am just a full-time maid for him to whom he doesn't have to pay a single penny to, but rather I earn and bring money home.

On the other hand, there is this guy who loves me and supports me so much that he is ready to accept me with my son too, but I am petrified to commit to a new relationship again. I am also definitely scared to live alone. I am scared of ruining my son's childhood for my own selfish reasons. I am scared of giving life a second chance. I am scared to be happy again!

Nobody should be in this position. Share this story because a husband can't get away with everything just by being the man in the relationship.