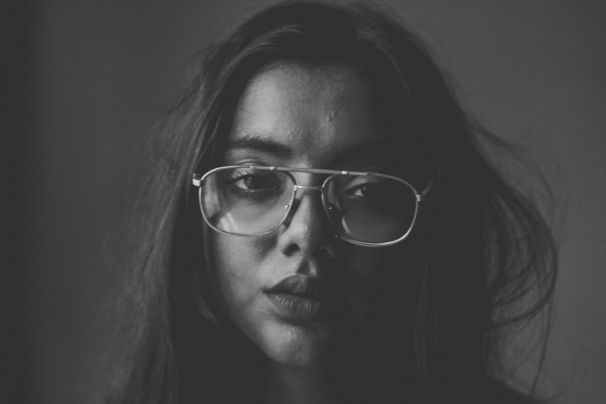 I am a 25-year-old girl. I belong to a big family. I have four elder brothers and one elder and one younger sister. I live in Delhi with one of my elder brothers.

We shared a good bond with each other. He always took care of me like a parent while I was studying.

My brother always had a soft corner for me because I was 8 years younger than him. I had been taking care of the house all this while. But he got married recently. His wife too is in the same profession as me. But she does not feel too comfortable with me.

She started creating problems in the house.  So I started bottling up all my emotions.

My brother too started keeping quiet. I did not want to add to the tense atmosphere in the house.

My brother never tried to bridge the gap between his wife and me.

So I just stayed out of their lives because I felt that was the only way to establish peace in their life. I tried to share my problems with my parents who were living in my hometown. The situation was quite tense in our house but they too asked me to ignore it and concentrate on my work. They too believed that I was the cause of their disputes. But my family and my brother too did not permit me to live alone in some other rented accommodation. Perhaps they felt that this would not be socially acceptable.

One day I accidentally met a boy on a road. I was crossing the road when suddenly a VIP vehicle came in front of me at full speed. A man came from behind me, held my arm and pulled me across the road. When I regained my senses, I realized that he was saying, “Marna hai kya? Don’t you know that this is a VIP road? Any vehicle can come from any side at any time. So never cross this road unless there is a red light even if it is empty.”

His gesture touched me to the core. He was so caring and knew where and when to exercise his rights.

We decided to meet again that evening. I felt more confident now. We had our coffee together that day. He was happy because he had won a case that day. He said he wanted to celebrate and was glad that I had joined him so willingly. I realized that he too was in the same profession as me.

We exchanged our numbers and started talking to each other. Initially, we didn't talk to each other very often. Soon, it was Diwali. My brother was celebrating Diwali with his family. I was sleeping all alone in my room with the doors closed. I wanted to talk to someone whom I could call my own. That is when I got a call from that man. He wished me a happy Diwali.

I then confessed that I was missing him and had really started liking him. He was overjoyed to hear this.

We started meeting each other more often. We became close.

I started feeling happier with myself too now.

We slowly entered into a physical relationship too. It was completely consensual. Both of us enjoyed it. We didn’t feel guilty about it. Gradually it became more frequent.

He then called my brother and expressed his interest in getting married to me.

But my brother said it was not possible for him to get married to me because he belonged to another caste. My brother asked me if I was serious about him.

But I told him that we were just friends.

Despite all this, a strong bond had developed between my boyfriend and me. He stood by me whenever I took small/big decisions in my life.

He gave me the courage to deal with the tough situations in my profession.

We then started our own independent practice. Initially, we faced some financial problems but he did not get disappointed by them. He remained positive and said that we both will do this together. Finally, things became smooth sailing too.

While we were going through this phase, I started developing a strong bond of love for him. But my family was also strongly against this relationship.

I did not reveal the fact that we were running our own office to my family. I requested my family to consider my love for him three times in three years but they refused to budge because they lived in a society where caste was more important than love. There was also a difference in status between my family and my boyfriend’s family. I requested my elder and younger sister to meet him but they too did not approve of him.

He went to my hometown to meet my father but my father refused to talk to him.

He said that he will not allow me to get married to a man who belonged to a low caste.

My father says that what I feel for him is not love. He said our relationship has developed out of loneliness. He says it has no future. But I don’t see it that way.

We have spent 6 years together. I feel I know him. Yet we are not able to move ahead with our lives. I do not want to marry him against the wishes of my family but getting their consent for this marriage seems impossible now. Recently, my elder sister asked me why I was hurting my 70-year-old parents like this. How long can I wait for their consent?

I don’t want to hurt my parents and get married to him. But I don’t want to lose my boyfriend too. He is a very nice man. I am not in a position to take this kind of a major decision in my life. I don’t know if I should listen to my own feelings. Please help me.

Often, we just don’t know what to do at the most crucial junctures of our lives. Let’s just take some time off and delve within ourselves. Solitude gives us clarity. Money gives us confidence. Relationships nurture our souls. It’s just a question of getting our priorities in life right. Our choices change our lives. There are never ‘right’ or ‘wrong’ choices. There are just consequences that we have to live with. Let’s share this strong girl’s story and give her all our support.