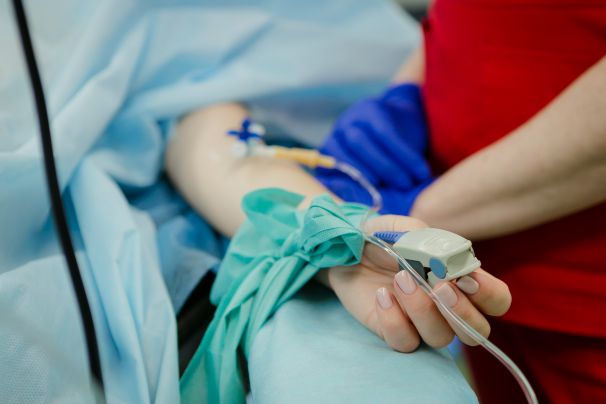 I want you to imagine this–

A 70 plus elderly gentleman is brought to the Accident & Emergency Department of a hospital in an unconscious, unresponsive state with no recordable pulse, blood pressure and spontaneous respiration, by an auto-rickshaw driver.

No identity of the patient known, no past medical and surgical history available, no mobile phone available (to contact family), no wallet or identity card is in the patient's pockets.

This gentleman was driving somewhere (alone), felt uncomfortable, stopped his car by the roadside to ask for help, collapsed on stepping out of the car. 3-4 bystanders rushed to help, an auto-rickshaw driver stopped and volunteered to take the patient to the hospital, but none of the bystanders accompanied the patient. The patient is drowsy in the auto but manages to tell the auto driver to rush the patient to the emergency department, and becomes unresponsive en route to the hospital.

Once the patient reaches the emergency department, the entire team of doctors and nurses sprung into action and all life-saving measures were initiated. CPR is started immediately, all life-saving drugs were given as per ACLS protocol, the patient was intubated, but no ROSC (return of spontaneous circulation) was achieved even after 30 minutes of intense efforts. Code was called off and the patient was declared dead on arrival.

Later, a pouch is found in the patient's belongings. It contains a passbook and a few thousand rupees. It looks like the patient was returning from the bank. And now, using the landline number, the doctor contacts his old wife, collects their son's phone number and calls him too. The son arrives at the emergency department, cutting short his day in the office. No update regarding the patient’s condition is given to the family members on the phone.

This is what some medico-legal cases look like. And since the cause of death was not known, the police had to be informed.

Do you think there's anything wrong with this scenario? No, right? Any doctor would have seen such a situation. But still...

The patient's son asks, "If he was dead on arrival, and you're not giving a death certificate, why should I pay the bill?" and so he refuses to pay the bill. He turns to the auto-rickshaw driver and blatantly asks him, "My father's phone is missing? Did you take it?"

As a doctor, I've seen humanity in all its forms. But I still fail to understand something-

Why don't people trust the medical fraternity? Doctors and nurses have signed up to deal with life and death every single day. The amount of courage and emotional turmoil it takes is extraordinary. We're human beings, too. And we do our best in saving every human life. I haven't met a single doctor who has enjoyed breaking the news of a person's death to their loved ones.

So, if an unresponsive patient shows up next time, should we just call it a day and record a flatline ECG instead? We don't wait to find out if the patient can pay a bill before we start treatment. We start treatment regardless because we really can't go to sleep at night if we don't know that we did everything in our power. And yes, the patient was dead. So should we write off the bill?

On the other hand, if we had managed to save this gentleman's life, and we had to keep him in the ICU, would the son still ask us if he had to pay or why he has to pay so much?

If an educated, well-paid man refuses to pay hospital dues and threatens to sue the doctor, what can we expect from people who don't come from privilege? And if an uneducated auto-rickshaw driver can put aside the risk of losing his daily earning, not care about legal consequences and bring someone to the hospital, what were the other onlookers doing?

Finally, after 4 hours of pointless arguments, the son settled the hospital bill. But he showed no remorse whatsoever. It was as if he was doing us a favour instead.

And as it turned out, the patient had left his phone at home. The wife only found it later.

So, as you can clearly see, in the eyes of society, doctors are heartless cheats and hospitals are money-making rackets. I don't know what brought about this perception, but nobody treats people who serve human beings with any kind of humanity. The future isn't looking bright for those of us who decided to spend our whole lives in healthcare.

The same doctors whom you hate gave up all their pleasures in life at the age of eighteen. Some of us have been doing this since before you were born. And this is what we get in return.

Every story told can right a wrong. Tell us yours here, and we'll tell the world for you.