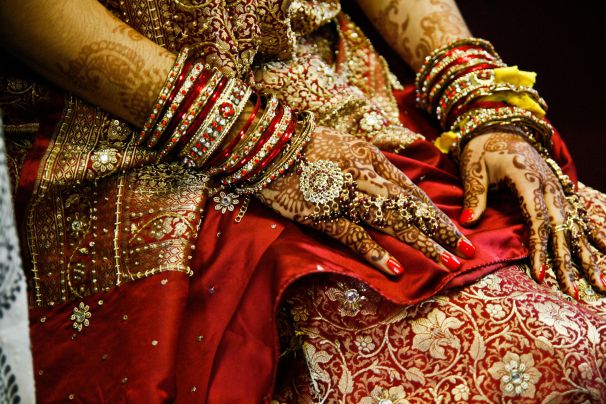 This is the story about my cold feet a few days before my big day. I am a 27-year-old independent girl with a decent job and enjoying every single moment of life. Marriage is like a nightmare to me, but once a girl crosses 25 years of age, she has to be tagged as a married women as per Indian society.

I had a bad break up, which taught me something: life is not what happens to you.

After much rejection, finally, my parents found a guy who works in the same city where I am working. As I had only one condition, that I will not relocate for marriage, this seemed like a good match. We met and talked a lot about everything like our hobbies, plans, food choices etc. I never asked him his salary because I thought it is irrelevant and may hurt his ego.

Everything went well and our parents decided to get us engaged and within a month, we got engaged as per our tradition. Everything was smooth from the outside but I was not happy because a few incidences made me uneasy.

When we started dating, he used to call me for inquiring about my lunch and dinner which seemed like he was admiring me so I also thought I should call him and what I got as an answer was unexpected. I called, he picked up and asked me if I have anything to say. I felt bad very bad because when I was working and he calls, I always talk to him sweetly even if I am busy. But when I call, he picks up and asks if I have anything important to share. I was planning to buy a car which was pre-decided but as a courtesy, I asked what kind of car he liked, as I had made my budget but I told him that also.

He actively participated and his choice was out of my budget so I told him I can't afford that much. He wanted me to take a loan but I didn’t want to spend that much for my first car. Ultimately, I bought the car of my choice which hurt his ego. On my car delivery day, he also joined me and though he was not happy, everything went well. The only thing that went wrong was that he told me how disrespectful it was that I did not take the car of his choice in front of his brother’s friend. This hurt me in the core of my heart. I ignored every stupid thing of his but this kind of behaviour was unacceptable so I decided to talk to him. I spoke to him about it and it hurt his ego again but then I told him how much it hurt me and he understood.

Then came his salary issue, it was not high but the way he spends, it bothers me to think how he will manage a family.

I was overthinking I guess but I am an independent woman and I managed my finances well all this while. It is important for me to know if my man can do the same. My ex and I broke up due to the difference of caste but I never got these kinds of thoughts when I was with him. I wonder if that was love and this is simply an arranged marriage with compromises? I am trying hard to accept things, with my cold feet and confused state of mind.

Share this story to help the author with her wedding jitters.