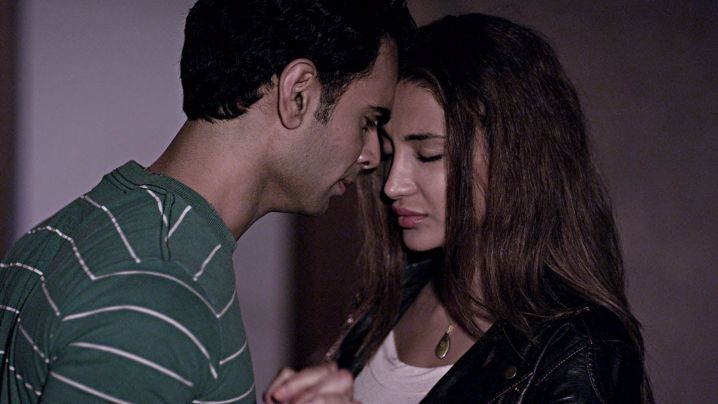 I fell in love with this girl who was working on the same project as me. Initially it started as friendship. At that time she was having a lot of personal problems with her family and was also getting over a recent breakup. As a friend, I was helping her by listening to her problems and giving some advice. This relationship eventually turned into love and we became really close.

After both of us got into a relationship, she never took any initiative. I used to keep on asking her “do you need something?“, “shall we go for a movie?” and to everything her reply would be “you decide”. I thought she maybe getting over her past so I gave her time.

Things became okay gradually and after a year, she told her parents about me. They didn’t accept me because I was from a lower caste. In the meantime, I got an opportunity for which I had to go abroad so we decided to think about marriage once I was back. She agreed.

Once I left there were a lot of problems within the project, even though she worked hard she was given a really poor rating. She got depressed and since I was part of the team as well, I fought with the managers for her and she moved to a different project. Since I was involved in this entire episode, I got frustrated with my managers and lost my interest in the work.

I became an average performer which pulled my rating down. But I didn’t bother since I believed she was happy and that was the most important thing.

After working for 15 months on the other project, I decided it was time to head back to India and proceed with my marriage. She too was eagerly asking me to get back so I came back even though my manager wanted me to stay there longer.

Unfortunately, I had a problem within my family, my father got his second heart attack and he was serious. After 6 months of recovery, my family decided to look into marriage proposals for my younger sister as he feared something might happen to him. I got caught up in this situation and had to wait for my sister’s marriage to happen before telling my family about my relationship.

I told her this and suggested that in the meantime, we can convince her family. She understood but kept asking me about the situation every now and then. Sometimes I got irritated.

The situation was really crazy for me as I had to switch my company as well. I was definitely worried about telling my dad because of his health. I also really wanted to marry her and start our new life together. I was so worried about all these things that I stopped noticing the small things.

Whenever I would ask her if I could come and talk to her father, she would say "you talk to your family first". She was even ready to not tell her family and marry me. But I didn’t think that was the right time for a registered marriage because I had to think about my family.

Three years passed by, I was waiting for something positive from both our families. Her family stopped looking for marriage proposals for her but they didn’t agree for our marriage either. Her problems were getting better, now she was in a comfortable place both in her family and office. Her only problem was me. She didn’t say anything but I knew she was getting really frustrated.

After three years of being in a relationship with her, I didn’t know know what to do anymore.

All of a sudden we had a fight; our first serious fight. She went to her native town for a festival. I desperately tried to reach out to her multiple times. She used to say "let me come there and we’ll talk". She didn’t open up and I was getting restless about the situation. She came back from her vacation and told me she wanted to break up and not be in touch with me. I was shocked; I thought she was just angry because of our fight and tried to convince her but she just started blaming me saying, “you used me all these years and didn’t care about my feelings and gave preference to your family.”

I couldn’t convince her, I waited for her to calm down but there was no improvement. I knew I had made a mistake by prolonging things from my end, but that was just because I had faith in our love and the relationship.

She stopped talking to me, I kept pinging her and texting asking for just one more chance and told her that I will talk to my parents immediately. But she never bothered and started to hurt me with her words.

I was just hoping for her to change, but I could see that she had moved on without even bothering to give me an opportunity to convey what I felt. Finally, after 3 months I couldn’t tolerate this and desperately wanted to talk to her. She was not interested, didn’t pick up my call. I pleaded her to listen to me, even told her that I won't force her again. I just wanted to convey my feelings.

She texted me saying, “I've had enough of this relationship, I regret wasting 3 years of my young life. All these years I was not able to talk even to my relatives because I feared they will get to know I am marrying someone like you from a low caste.”

I literally broke into pieces reading that reply. I just asked her one thing, "Were you more worried about my caste and your relatives or our marriage getting delayed? She didn’t reply and blocked my number."

I don’t even know what happened. I am not sure if she even loved me or was ashamed of me because I belonged to a lower caste. Despite all of this, I am not able to hate her wholeheartedly and move on.

Share this story because it’s shameful we are still blinded by caste.