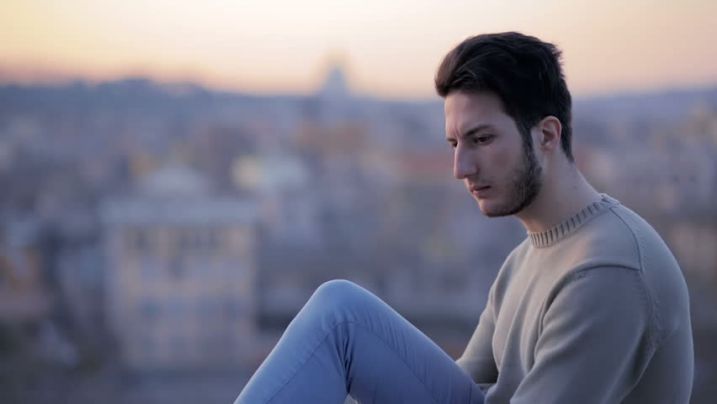 In this world, where everything is available to you at your fingertips and that too, in an absolutely ready state, everyone is cursing and blaming their fate...

Even I have a wish list, which doesn’t seem like it will be fulfilled by the time I drop down to the deathbed (as if I know when I'm going to die) but I consider that life is short and want it short too, as I'm not getting what I expected and wanted from this entire life or the surroundings around me. This short life asked by me was not how I started out. It comes from having lost a lot of battles and having a feeling that things are not working the way they should, my efforts are working up to an enormous extent. But, I can’t fly above this limit because though I flap my wings vigorously, the results are the same every time. I have gone through many quotes, seen many videos and have had people tell me that 'If you try, you'll get success.' But according to me, that should be accompanied by fate as well. Only then can there be a combo deal of my efforts and hard work, which can accompany me, with things going my way.

I know that the world around me also suffers from the same problem and have been looking for ideal situations, where they are earning crores, have a business running around them and so on. Even then, there are people who don’t have enough to survive and are not getting what I have. Even a meal a day,y is difficult for many people and I can easily get that, though my desires, skills, and wishes are way different. Even I want to sleep on a cozy bed with three meals a day and a cup of coffee in the evening while sitting with ease on a balcony or a terrace.

“You don’t get everything you wish for”, I don’t know who said these words and I am not trying to contradict them here, but I don’t agree with these lines.

I have wishes and wants. Sometimes those are things that make people take a wrong path. I have not taken bad choices yet, but you may never know when I might go for them if that fulfills my desires. I am capable of getting involved in a physical activity happening at a camp today. But what is the use, for me to go for that camp, at the age of 50 years, when I know I can’t climb that mountain. I have the money, but I don’t have the stamina.

I have seen a chart that talks about three stages in life while bifurcating age into 3 sections with money, stamina and time.

I really don’t want to fall into that pit (though I already know I have). I hope there s a Chance for me to climb out, though I don't know how to right now. I want to follow my dreams, wishes, and capabilities, but this society is a big hurdle for them. Today, in a very blunt and straightway, I want to make a statement that people are not following the dreams they have, but instead, are following the dreams of their society, which makes them unhappy and not satisfied. I too am one of those stupid dumb followers of my society.

I have a dream of traveling everywhere...

In everyone's hearts, they have a dream that they want to follow. Some of them follow through with it as if fated to and also get what they want. An individual's wishes are endless. Be a guy or a girl, a lower class, a middle class or a high class. But today, let’s not talk about the world. Let's talk about me, an Individual sitting on the terrace right now and thinking about how can I make my life sustainable and enjoy it to the fullest. I have a list of wishes, where the first is that my family should have a healthy life, with no leg pain, no indigestion nor other issues at all. The next one is of money. I want to earn so much that I need not think twice before buying something that a middle-class guy can buy (not like I expect to park a Rolls Royce in my parking, but rather that I should have a parking space in my house). Here, I am referring to a scenario where, if I see a big chocolate which costs 100rs, I should not give a second thought that it could be better for me to use that money in bartering for two kgs of onion, two kgs of potato and a few chilies that are free, if asked by me.

It also comes with the thought that if my family asks for anything, the following thoughts, which says - “This month's budget is again unfavorable for me to buy that”

Then comes the wish of every guy who is between 28 – 35. To be called as “Dad”, which as of now, I am not. Next in line is a car, which should always shine, whenever I take it out. Here I am referring to the cleaner, to whom I am liable to pay 500 bucks a month and the contrary over here, is that I would still think before hiring a cleaner. I'd think that with this 500rs, I can get a week’s grocery at least, that might will help me in the last week of the month, where I go cashless and look for options to get financial help. Added to this, for hiring a cleaner I should also have a car of a top class category (I'm again repeating, I am not asking for a Rolls Royce). Going on a vacation, maybe once in 4 or 5 months (not asking for an international trip every time, but maybe sometimes). I have seen people around me and on social media saying such a trip is refreshing to your inner soul and that it gives a boost to your mental level, which gives a very overall soothing effect. Taking such a break from this hustle-bustle is my wish too.

So is the wish, to relax on a mountain with many thoughts and maybe this laptop taken along with me, so that I can explain and share that experience in words.

Then it comes down to a shelter above you, which should belong to you only. Yes, that’s correct, my list of wishes compel me to think of my own house, which is to be registered on my name, where the papers should say this property's owner is me, in which I can make changes according to my wishes and not be restricted like in a rented apartment, where you can’t drill even a hole, else you will be charged heavily for the same. I would like to décorate my house by myself (maybe better than a high-class interior designer). I want to be able to buy those options of decor items, which I know I can place wherever I want if I have my own house. The next is a workplace, where I work for myself and not for others.

I'd prefer a self-owned business, where the transactions should be enough to fulfill the above-mentioned needs, with an added bonus of a bit of saving, for my relaxing time which would come maybe 20 more years from now.

it clearly indicates that I want to work for this time span and that if the desires are there, so are the aspirations. But, I need to find a way to fulfill them (which as of now, is not visible to me) I don’t think I am asking for too much from my life, but don’t know whether it's available for me in this life or maybe I’ll die without all these wishes being fulfilled. I know very well, that the grass is always greener on the other side. But that’s my view, where I can see greenery on the other side of the river and I believe that if the green part becomes mine, I am surely going to be happy and make my family or the people around me feel happy too.

I have prayed a lot, tried my luck too and have performed whatever was required. But still, my wishes are yet to be fulfilled...

Share this story to be aware of midlife crisis.