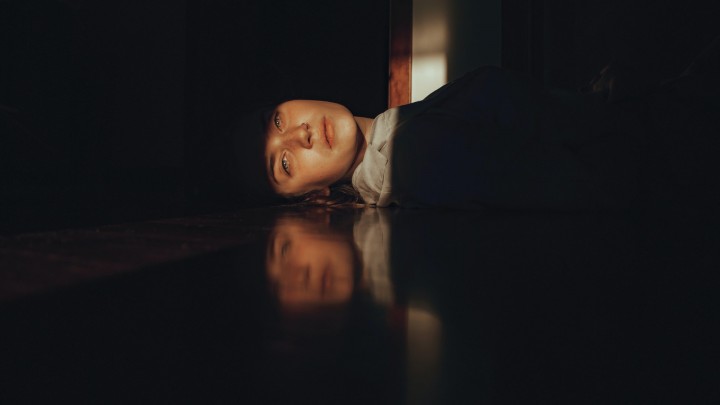 19 years back, I was only 15  and had just completed my 10th exam from state board and scored 88% of mark which were considered as good that time.

Meanwhile my father got a govt. quarter- a 5 BHK flat and we both were to stay in that quarter. I got admission in a college in the new city. Things were going great, but later after 3 months one of our relatives discussed with my father and asked him if they could stay with us as they were staying on rent in the same city. So my father accepted and they moved to our quarter.

They were 4; uncle, aunt and two daughters. 1 daughter was in 10th and another was in 5th standard. They both tied Rakhi to me as we are cousins. The elder one generally doesn’t speak to me much as she and I are of same age but I completed my 10th a year before and also scored good marks. But the younger was always very close to me and always loved to play and study with me.

As she was a little kid she used to roam around in the house either in vest or daily wear clothes. So it was very normal for any 5th standard girl. After one year, when she reached in 6th standard things were not normal. Now as she reached 12 years of age, I noticed many physical changes in her and it was very new for me as my age was around 16 and it’s a really bad age to control yourself.

One day when my uncle went to his shop and aunt was not at home and her sister was not there she came to me and asked, bhai I am unable to solve this, can you help me please? I saw her, she was wearing a vest where her inner parts were clearly visible. I immediately asked her- Anni, go and come to me after 8 pm as I am busy, because I could not see my cousin in that dress. She replied she had more home work to finish and requested me to help her. So, I just solved her problem and went out of my house, and during same night in front of my eyes her picture was coming and I felt bad and said to myself to focus on other things as she is my close cousin.

After some days, when she came to my room in evening and sat close to me and started solving her problems, unintentionally my hand was on her shoulder and I enjoyed touching her here and there slowly, and she did not take this in any other way. So I became bit confident and thought I can touch anywhere I wish.

Later one day, when no one was at home, only me and Anni were there, I asked her to come to my room and she was wearing a pair of shorts and top. I intentionally played with her and held her and later put my hand slowly towards her chest and I felt it and I was not sure if she was aware of my intentions.

After few months, she had turned 13 years and in 7th standard and by the time I had completed my 12th and appeared for engineering . One day in the morning around 9:30AM I saw her coming out after her bath from bathroom with a towel and I knew her sister had gone for coaching, my father  to office, my uncle to his shop and aunt was in different room. I saw her with a towel and went to her room directly. She said why you entered our room while you know I have to change and wear clothes. I did not say anything to her but held her and removed her towel. She was speechless and I was nervous as I was unaware of what I was doing.

Then she suddenly said touch me in the way you were touching me for last 1 year, I really feel good the way you touch me. I was shocked and realised that now she knows everything and my intentions. I realised what I am doing with myself and my cousin. Immediately I ran out from her room and realised all the mistakes I was doing.

As per me, it was neither me nor she who was responsible for what happened to us. Sometimes we are so immature and don’t know what’s wrong or right. After reading this people will say many things about my upbringing and many other things but the fact is, it’s natural and at that age you do not have information what is good or what is bad.

I shared this story because it’s better if we can teach our kids what’s good and what’s not good.

Share this story if you agree that we need to teach our children about good touch-bad touch well in time so they are able to protect themselves from predators that more often than not reside right in our homes.