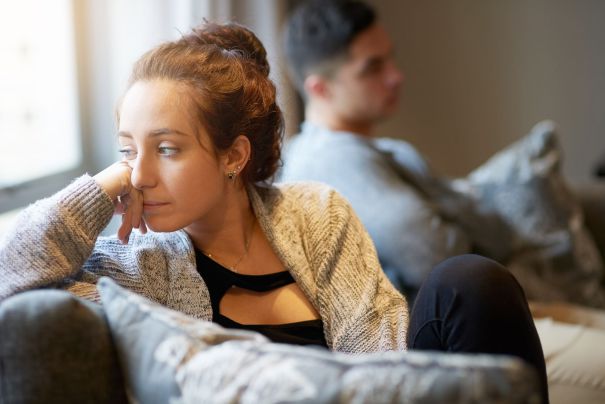 I have been married for nearly half a decade now. Ours was an arranged marriage.

My husband’s parents wanted to get him married to me because they knew I belonged to a wealthy family and earned a good salary.

Both my husband and I were working. But my sister-in-law and her husband did not have any kind of a job for almost 5 years. They were dependent on others and also on my husband’s earnings till we got married. She had high expectations from me and was bossy. My mother-in-law always sided with my sister-in-law.

I was more educated than my husband and earned a higher salary than him. So she tried to dupe us out of one of our salaries. But I was not a person who could get cheated so easily.

I knew all this but my mother-in-law had told my husband that she had not asked for a single penny from us.

When she came to our house, she said, “Oh! My son is good and he got proposals from many fair girls but he finally decided to marry you.” We just decided to keep our mouths shut.

Life became difficult after we got married. The minute my husband came home, both the mother and the sister would keep calling him by turns until we went to bed.

My sister-in-law would demand my husband’s time and attention even when I became pregnant after a month. It seemed weird.

She continued with this behaviour even the next month. I asked my husband to ignore them. But my mother-in-law would call him even after we had gone to bed. She would tell him that her daughter wanted to talk to my husband. I would get very irritated when this happened.

I yelled at my husband and told him that if he did not define the boundaries of his relationships, I would leave him. He said he will do it at a later date.

After a while, my sister-in-law sent an indirect demand through her husband. She now wanted my husband to give her daughter a gift of her choice on her birthday. I asked my husband if it was right to demand a gift like this. My husband got angry. We were going out on our bike when we were discussing this and my husband became so angry when I asked him this question that he started driving the bike rashly.

He did not care about the fact that I was pregnant. I shouted at my husband that evening and asked him if he wanted to kill our child for sake of his sister’s child.

Matters did not end even after this. They kept involving us in all their issues even after our son was born. My parents had gifted me a piece of property. My mother-in-law and sister-in-law called up my mother and threatened her. They asked my mother to get the property registered in their son’s name. They had not contributed a single penny towards buying that property. So finally one day, I shouted at my sister-in-law. I said, “Aren’t you both ashamed to ask someone else to transfer my property to your son's name?"

But my husband thought that his sister was right! I was deeply hurt by this.

It was an extremely painful phase and I was depressed when such things happened.

But this lady, my mother-in-law, did not stop her insane behaviour and my husband continued to listen to all her evil advice.

One fine day, I said, “I have had enough. You have to decide if you want your parental family or me. As far as I am concerned, this is the end of our relationship now.”

So we went to a counsellor. The counsellor openly told my husband that his mother and sister were ruining our lives because they were greedy.

The counsellor told him that he had to make a decision about whether he wanted to continue with our relationship now. The counsellor then added that he had not been seeing things from his wife’s perspective at all so far. My husband said, “Yes. I realize my mistake now.”

My brother-in-law came to visit us after this. He wanted to check out if my husband and I were facing any personal problems or whether our relationship was suffering because of his mother and sister. When he realized what was going on, he shouted at his mother and told his brother not to fall for their gimmicks.

My husband finally realized his mistake.

But it was already too late. I had a miscarriage a few months later. I was totally devastated when this happened. I told my husband that he would be inhuman if he did not mend his ways even after this.

This did not stop my mother-in-law though. She continued with her gimmicks but did not do it openly now. She was bent on ruining our peace of mind. But this time when she came to visit us, both her sons saw the way she was acting and shouted at her. I asked my husband just one question, “Why does she want to come to our house when she doesn’t like me?”

He couldn’t answer the question.

My brother-in-law and my husband told my mother-in-law not to come and disturb us anymore. They told her this very strictly.

But more than anything else, it was the counselling sessions that helped our relationship.

Only after these sessions did my husband make the effort to change his ways. I took a stand and was firm in my decision. Today my husband hates his sister because she caused so much misery in our lives for the sake of money.

My only plea to all the mothers-in-law out there is: You too are a woman. Before you create trouble in your daughter-in-law’s life, think twice. Will you be able to tolerate such things if someone else did the same thing to you? We lost a child due to your greed. It was not a loss for me alone. Your son too lost a child.

Why do such thoughts elude such mothers-in-law who are hell-bent on creating problems in their son's lives? Technology may improve with time but social evils continue to exist even today!

We may have all the wealth in the world. But it can never buy us back a ruined relationship or the time that is lost or the precious life that could never be brought into this world. Let’s share this story because it’s time we broadened the horizons of our thinking and put an end to outdated concepts like dowry!