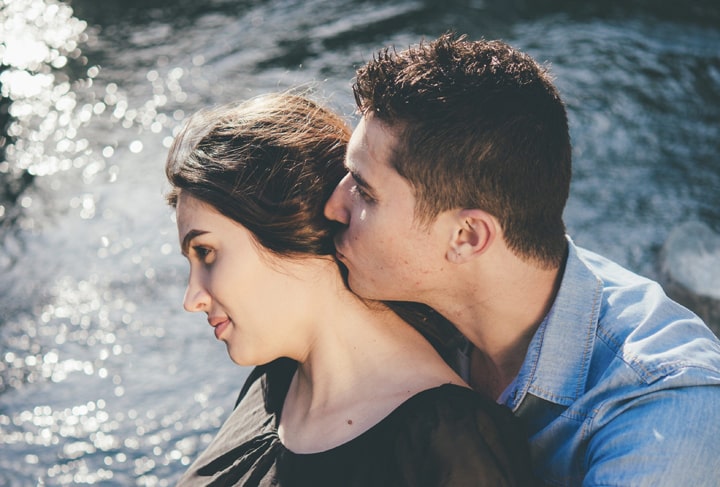 It's been 8 long years since Rehana knew Nadeem. Though their localities are different now but can two hearts be separated when bonded strongly by true and innocent teenage love?

When love is pure by all means and true to its definition, it isn’t easy to get separated and forget about it. But it’s always hard for parents to understand this. Why? This is the question Rehana keeps on asking herself.

She thinks it might be because they don’t share the same societal status or he doesn't hold a fancy degree and six-digit bank balance. Rehana is a dental surgeon and so as per societal norms, she even assumed that her parents want her to get married to another doctor.

Rehana Khalid, 26 years old, is a Bengali Muslim dental surgeon who loves to follow her heart and that's how she chose Nadeem as her life partner in spite of knowing the consequences. She is failing to make her family understand her point of view.

Mohammed Nadeem is a 31 years old school passed out who never went to college. He has a business of mobile phones and accessories and earns handsome amount. He is well-established, hard-working, honest and above all, committed to Rehana. If you ever have to spot any bad habits on him, it would be hard to find and that’s exactly what happened with Rehana’s parents. They couldn’t find any.

So this is what Rehana’s father had to say to her, “I know he is a good person but I can’t accept him as my son-in-law. He isn’t well educated and doesn’t belong to our status”. This was the very first time where he kept his calm while talking about Nadeem. Rehana replied, “But papa, you said that he has many negative qualities which he is hiding from me and probably cheating on me too. You said you will prove it but I still see no dirt on him yet. And about his education, he never lied about it to me”. They didn’t argue any further that day.

Nadeem may not be educated enough but he loves her with all his life and works hard day and night to fulfil all her dreams. Recently, he even booked a 2BHK flat and got it all decorated according to Rehana’s preferences. But he still doesn’t know how much Rehana loved it because she is too scared to express her feelings to him. She is tensed all the time thinking about what if destiny doesn’t work for them and she might lose him. He is much more important to her than he thinks.

He is the best man she can ever have and feels proud of him irrespective of his less education. She knows that education is important but respect and culture comes from within.

She has her own bunch of questions which she wishes to ask her dad but never could gather the courage to do so. She asks, "Does education guarantee a good man and a good soul? Is society so powerful that you are more concerned about what people are going to say rather than your daughter's happiness? Do you guarantee that the man you choose for me will love me whole-heartedly? And if that arrange marriage ends in a divorce you will support me, because he was your decision. I took up dentistry only for your sake because you thought a fashion designer coming out of an educated family would demean your status. But where was your society when my cousin brother molested me and my relatives put me down because of my dusky complexion?”

"He respects me, dad, and loves me unconditionally. I don't want to be a part of a society which snatches away a person's independence to be happy. I don't blame you and mother but I’m trying to convince you here and still waiting for your yes. I respect your decision but you need to respect mine too. Please, dad!"

These are the things that keep going inside Rehana’s head but she hasn’t been able to speak up. This society has killed her so many times by destroying her dreams, but not this time. She will make sure to stand and fight for her love despite what other thinks about it.

You and I make a society. Share this story across so that people understand that we shouldn't compromise on our freedom of choice because of the society.