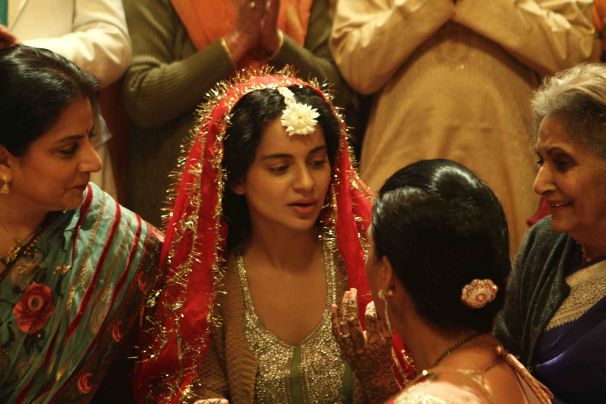 I am a 27 year-old-woman. I have enjoyed my college days to the fullest and entered my career in an MNC. I am successful in it (I am not talking about money), and I love what I do. I've heard of many girls talk about their dreams of getting married and how their life partner would be. Fortunately or unfortunately I never had such dreams and aspirations for marriage. I was always against marriage for the fear of how I could accustom to a new environment leaving my mom behind.

My parents were dead against this and they searched for a "Man" for their daughter. I spoke to him and also told him about my health issues. The engagement plans had started. It was a decent one with all our relatives and friends together. We didn't speak to each other maybe because he was reserved and neither did I take any initiative. At the end of the engagement, we exchanged our phone numbers and became the so-called “Facebook friends.”

We hardly spent time with each other like the new couple. The longest conversation we have had lasted not even for a minute.

The first time that we met after our engagement was for printing our wedding cards for friends. We selected the card and the proofreading was done. We went to the billing counter and he didn’t even offer to pay. I tried to pay, using my credit card but unfortunately, it didn’t work. He didn’t even try to pay then. When I directly asked him to pay, he mentioned that it was supposed to be 50-50 share.

I felt disgusted as it wasn’t a necessary thing to say in front of the shopkeeper. I told him about the same over the phone call. He apologised. We met again for the second time to shop for his wedding clothes. The bride’s family was supposed to bear with his shopping. He didn’t even stand by my side at the counter, while I was paying.

We got married in February 2016. We hadn’t developed such feelings for each other. I asked him if we could know each other first, before having a physical relationship. He agreed. We spent our first night very silently and it felt awkward.

We went to Malaysia for our honeymoon and it was sponsored by me as he wanted it to be 50-50. I rather preferred to pay completely. That is when I realised that he had a wig on his head. When I questioned about it, he gave me very unconvincing reasons.

While we had attended a relative’s place, he was describing his painful plastic surgery. I was unaware of it till then. When I asked about it, he opted to remain silent as usual. On the fifteenth day of my wedding, I was asked to sign the papers of the loan. I denied after which, my father-in-law never spoke with me.

I felt lonely even after marriage. We had no chemistry between us. I had asked him several times to talk to me. I tried my best to make things work between us.

Even my parents tried to talk to him. He said he would try. We remained almost strangers even after 1.5 years of our marriage. He was afraid to touch me.

Later, we mutually parted our ways. All I feel is that he was absolutely unfit for the marriage. I should have spent more time with him after the engagement. Marriages can be scary. It is better to gather as much information about the person as possible.

If you have an unconventional love, dating or just a Tinder story to share, tell it on the open mic we say! Meet us for Kahaaniya: #SwipeStories on 24th September at antiSOCIAL, Khar west, Mumbai. But first, send your story to contact@tapeatale.com and buy your ticket here!

Share this story because it is for everyone to read and keep in mind.