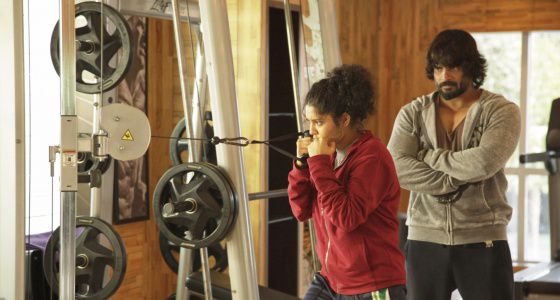 Our nine-year-old relationship broke because we both were at fault, but his mother cursed me I would never find true love in my life.

This happened 9 years ago when we were in school. Having a boyfriend was cool. I could not be left out of the trend. So I said yes to a friend who had a liking for me.

It went on well for a year and then I left the city for graduation while he stayed back in our hometown.

Long distance relationships are hard. But despite all the fights and misunderstandings, we made it work, although not very well. We were dating for the sake of dating.

After three years, I returned and it was the end of the "long-distance" part of the relationship. I thought that was the only problem between us. But I was wrong.

Things had changed. He had changed. One day, I saw messages on his phone flirting with other girls. After a confrontation, I was asked to apologize for checking his phone. But I was thick-skinned. I didn't stop.

A few months later, I hacked his Facebook account and saw those racy again. For the intrusion, he asked for an apology. What was in the chats was never discussed. And then I grew tired.

He started taking money from me. From hundreds to thousands. With time, all the good things left between us just flew away. I was taken for granted. He stopped taking my calls.

I was shattered. I had no energy for fights.

Then came my 24th birthday. He fought again and I cried again. But this time, I was different. That day I promised myself that I won't let myself be treated like this. And I changed.

I stopped running for him. I started saying NO. And finally, after 7 years of relationship, we broke up. But now I was strong. I did not shed a single tear. And then he changed.

He and I could see that he really had changed. So after 3 months, I gave us one final chance. But one day again, deep inside, I felt I was going on the same path again.

As time went by, I met someone else and we fell for each other. He was everything that I had ever imagined, and for once, it felt right. After years of struggling, my heart had finally found a home. I even decided to marry him.

But it all changed when my ex called him up one day and made up stories against me. When he paid no heed, his parents called and started blaming me for everything wrong that went between us. I was taken aback by their behaviour because I had adored them more than their son whom I was dating.

When things didn't work for them they called my parents and came to my place in my absence and talked about things that should have been kept between two people dating each other. They even talked about my character and about the new man that was in my life.

Today I'm just standing in the middle of nowhere fighting for the one who really loves me.

But dear Mr Ex, thank you for this. I'll be grateful to the lord that I didn't end up with a fake person like you. I only regret those 7 years that I wasted on you. I hope now you can flirt around carefree. Good luck with that.

Share this story to send a message to the people who are petty enough to ruin other people's lives instead of becoming better human beings.