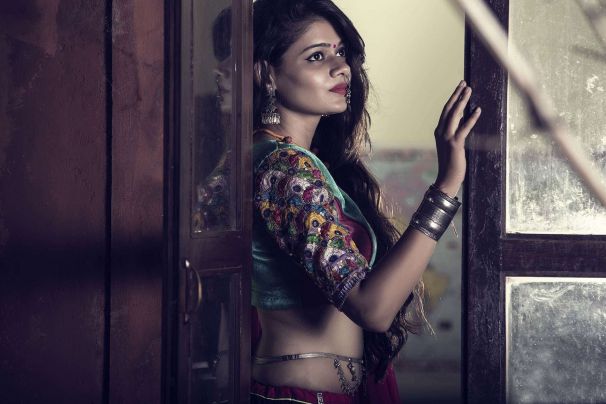 I am quoting the definition of patriarchy from Wikipedia here. It says, “Patriarchy is a social system in which males hold primary power and predominate in roles of political leadership, moral authority, social privilege and control of property. Some patriarchal societies are also patrilineal, meaning that property and title are inherited by the male lineage.”

Well, that definition may seem a little outdated after the advent of feminism. We can definitely see some positive change, especially in Tier-I cities. We belong to a new generation that believes in empowerment. We can see women fiercely breaking old stereotypes. I feel happy when I see mothers doing their job diligently. They treat their sons and daughters as equals now.

But what about the women living in other cities? They have made great progress in their lives.

They have all the latest technological devices at their disposal. Yet their thinking is aligned with the olden times.

They are unable to break free from their deep-rooted mindset. Sadly, this kind of thinking seems to be ingrained in our society!

They are different shades of patriarchy – black, white, red, green…..we can see almost all the colours of the rainbow and more here. No, we cannot see these lovely colours with our normal eyes.

We have to experience them, witness them, closely examine them and see the flip side of the scenario.

Dowry deaths and domestic violence are extreme shades of black. We can see the scars on their faces, bodies and often in their minds too. The other shades are not so easily visible to the naked eye.

Often we just ignore such things because they are considered ‘normal’ in a typical patriarchal setup. We need to look at some of these shades.  They don't really disturb us all that much. But, actually, they should.

Scenario 1: The gas-lighted (manipulated by someone psychologically so that they doubt their own sanity) and suppressed woman:

She is like any other woman, a wife with a 3-year-old daughter. She lives in a posh apartment. But it becomes her duty to clean all the mess that her husband leaves behind after he eats his meals. He thinks he is entitled to all such things. All the work has to be done by her.

She cannot say, “NO” because the system does not give her permission to do so. Her brain has been wired to think differently. But the wiring is not empowering enough.

Then how can she even think of saying “NO” and standing up for herself even after 28 years?  So she continues to struggle with a deep-rooted problem.

Scenario 2: The trophy wife: Does anyone care about what she wants?

She is married into a well-settled family. She has an abundance of property in her name. She vacations at foreign locations with her family. She has several servants to assist her.

Yet, she has no say in any family matter. She is rarely respected. She is just like any other thing that is kept on ‘mute’ mode. Her husband ‘loves’ her but doesn’t want to listen to the problems she has with other family members. He is just NOT interested in discussing such things with her.

Her own parents ask her to use the ‘adjustment policy’ at all times of her life. This has been their standard advice. They have never failed to tell her why she should do her best to make everyone happy.

Again, the mindset is old. The most demanding thing that drains her is: She should never switch off the ‘adjustment mode’ in her life.

Scenario 3: The woman with the ‘empty nest syndrome’ wants to explore her dreams/passions but she can’t:

Her kids have flown the nest. She gets a break from parenting for a short while. But now everyone else needs her to be at home. She is a well-educated woman but because she is a wife she has to take care of her duties and responsibilities first.

The people who live with her will thrust these duties and responsibilities on her. Why? Is it because they don’t want to leave their own comfort zones?

After all, she is the only one who is available to take up the duty of giving 24x7x365 support, without pay.

Personal comforts are clearly more important than her dreams and peace of mind.

Scenario 4: It is her destiny to get married:

An educated daughter is “allowed to wear jeans”. 25 is the “marriageable age.” She should get married to a person of her parents’ choice. No, she is not allowed to put her brains to good use and start a new business, start-up or take up a job. She had always dreamt of such things.

But she has to cast aside all her dreams because getting married to the richest and the safest guy suddenly becomes a top priority in her life and others decide this for her.

Then she too has to constantly be on the ‘adjustment mode’ after she gets married.

We can find our own colours in all these situations. And if we ponder about such scenarios, we will discover many other colours too. It will be easy for us to make an ugly rainbow out of this riot of colours.

Most of us accept such things as normal and carry forward all these shades of patriarchy within us. We will then pass them on to the next generation with pride.

It's up to us now. Do we really want to colour our lives with these shades? Or do we want to make our own mark by working our way out of such outdated concepts? We will need a lot of grit and determination to do so but we will empower ourselves if we are successful. The choice is ours and the struggle is real…..

The society that we live in provides us with a framework so that we can live our lives peacefully. The framework outgrows itself with time s-l-o-w-l-y. As individuals, we can choose to be our own person and do our own thing at all points of time in our lives. Nobody can stop us from living our lives meaningfully. Why do we even seek validation from others? Do share this story so that we all learn to take charge of our lives.

Penning down random thoughts and experience! Writes at https://ektashah27.com