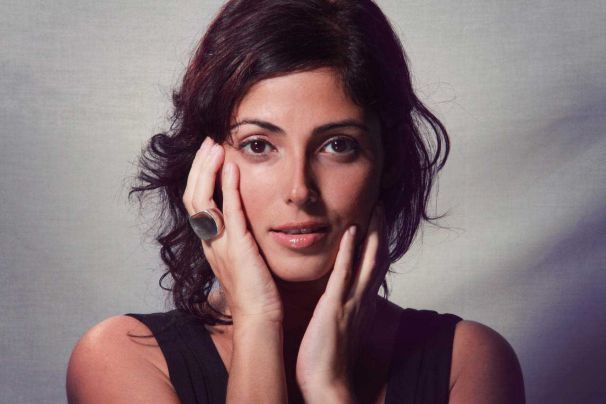 A typical Indian girl's life is measured by age — finish school between 21-24, marry and make babies between 23-29 and “grow” the family for the next two decades and then bug the children to get married and make babies as well. When you buck this trend, you are now an anomaly.

I am an anomaly. I dated someone who I thought I was going to marry, love and behold, which did not work out. Now, I am freshly single at 30 (almost 31). After endlessly feeling down at the unfortunate interruption in my life, the biological clock came back to mind. I am running against the clock now and with every period, goes another opportunity to be a mom. My friend keeps reminding me that making babies isn’t life.

Sure it is not but why should I miss out on having a healthy baby because I ran into a bad experience in life. This is what I thought and really believed.

So with an eye on the calendar and thinking of all the "geriatric eggs" I have as my friend called it, I started to research the Indian and the general dating market. I had to get over my ex and find a guy to marry in three months. Sounds crazy but not as bad as the wedding market. I started the (apparently) much needed search and I learnt a hell lot of things in the process.

Crowdsourcing opportunities isn’t bad. I am wary of the Indian matrimony market so I decided to scour Facebook and friends, if there was anyone I knew who was still single. I sorted Facebook friends and friends of friends who had a single status to check if there was a former crush anywhere. I even scoured through old school albums. There was not much hope there.

My best friend refused to help me in this search as he felt I was rushing into everything. His idea was different - the best way to get over someone is to get under someone else. That was not me. I asked him to help me on that. He refused again — that would be another big mistake on my 'messed up' Indian morals.

However, I was psyched enough to try online dating. In a hurry, I jumped into the Tinder bandwagon. There, you swipe right, arrange to meet a random dude, see if you want to take things along. I am a girl who will probably need twenty different conversations before first base. With a photo based hot-or-not style app like Tinder, this wouldn’t be an option. Uninstalled!

Best Friend, being an endless source of information, asked me to try an app called 'bumblebee' which is sort of a feminist Tinder. Only there, the girl can make the first move and you can pay 10 to know the list of people who swiped right on you. That was not a bad thing but I still got to make the first move. Swiped right on a guy who asked me out for a drink within a couple of hours. It is an obvious next step but well, did I want to go and have a drink and bitch about life? Naa. I would scare the poor guy off. Why waste his time. Bumblebee uninstalled!

This is all the effect of the mentality where I know I want to find someone better but I probably didn’t want to “try” more relationships before fixating on one. So I went back to the original Indian solution — arranged marriage with a modern twist — matrimony sites.

Right now, I have created or looked at creating a profile in the following sites:

All of these in a way are like amazon — picture plus a social and financial resume and in a way people like or dismiss you. Why create a profile on these many sites? I was told the crop has thinned for my age group so I might as well cast the nets wide. You also have to pay a lot of money for each of these sites if you want special/preferred services.

Dating or social drinking is not a crime so I rebuffed that anyway. I am not a damaged good and I will not let myself be treated that way.

After two months of searching for the "right man" and having done everything other than walk around a tulsi plant over and over again praying for the knight in shining armour (In any case, a shining armour indicates an unused armour-a coward, I prefer a bruised and broken armour). I haven’t found a guy yet but I have found a lot of laughs and a lot more people who really cared.

I realized I wasn’t alone. I may be the oldest in my group of lately single gang of girls but I am not alone.

Some lessons I learned from myself — do not sacrifice your friends for a significant other. When that one person lets you go, you do need a support system. My douchebag ex did tell me that it was not his fault that I made him my world. When that world breaks, your friends are who will stand by you. There is no right guy out there but there are several guys who will like you for what you are and you'll find them — if not in the gym, in a cooking class or a language class or xbox live game or maybe even a god forsaken desi matrimonial site.

So, this is what my research revealed.

Find a guy for the right reasons, not because your eggs are dying, your skin is wrinkling or your hair is turning white. Until then, I have no problem sitting at the bar for lunch and boring the bar tender with my chit chat.

I'd say, share this with every girl friend who thinks she needs to get married and not want to!

Finding myself through words