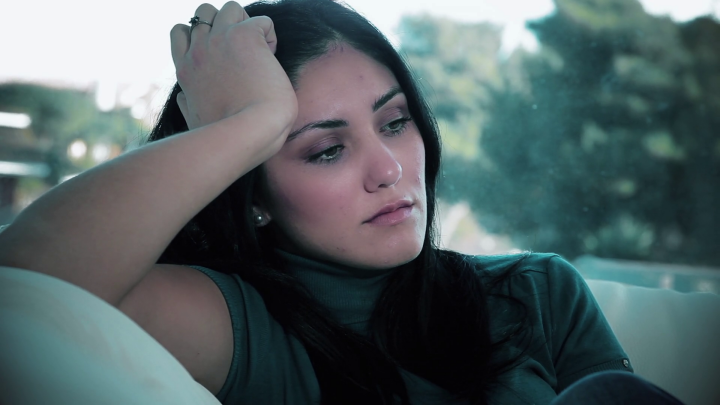 True love does not exist. In this materialistic world, you would only find relationships with benefits.

I was in a relationship for 8 long years. Yes, long 8 years with a man who is known for his loyalty, honesty, and a never give up attitude on things for which he commits. A man who easily took judgement between right and wrong without leaving any regression for the future. He gave me so much love, dedication, and devotion just to get me in his life but left me all alone afterwards because he got frustrated with me.

After 7 years, we decided to get married and so we said about us to our parents.

But our Indian society can’t let two people get married because they decided it for themselves and wants to share their lives together. In our society, except for this logic, everything is important. Boy's family should agree, kundali should match, their status and caste should be same and most important, and you can’t disclose the fact that you are doing love marriage. I always thought of such things as a temporary obstacle which would fade with time and then we would live happily after together.

The patience that was needed to keep things going was there in that man.

Even after that, he left me because I did the mistake of sharing my pain with him. He got married to another girl and I am still waiting for him. It all started 1.5 years ago when he went to meet my parents. My parent’s only demand was that they wanted a lavish wedding and groom’s parent should also be there. Now they were talking about ‘lavish’, I didn’t even want to think of marriage if it wasn’t him.

He might have changed his love but my love for him is still alive.

His parents somehow agreed on our caste issue but they found a new problem in my kundali. I was mangalik and he wasn’t which meant if I married him, he could die. Is it so? Could he really after marrying me?

Ask that man, he is still thankful to me for whatever I have done for him. He was just another boy in the crowd; I taught him how to stand out. He was never focused towards his study but I made him the topper of the college. I prepared him for his placements, and he secured a job in a reputed company. It was me who turned him into an organized person in life. Funny but yes, there was a time when he didn’t bath for 14 days straight during winter. But I made him dream big about his present and future, dream for a good life and yes, of course, I always included myself in his future.

I was always right there holding and supporting him whatever was the need of the time. He became an important person in the entire college because he was in a relationship with me and that was his identity.

He was and is the man with not only golden but with a diamond heart.

This is the quality of his existence that no one can deny even till date. I made myself always so presentable for him whether he liked it or not. After all struggles, both were failing to convince our parents. This depressed him and so he left his job. That was something that I really didn't want to happen because, for me, it was just a bad phase and not a complete full stop. I boosted him again and in some time, he got a new offer with 100% hike. Can you imagine how lucky a girl can be to her boy? My luck always worked for him. He was also happy with the same thing and went to start his new job with the same promise that he would never leave me.

The days were getting worse because my parents were continuously pressurizing me to get married as I was getting older by each passing day. They tried each and everything on me to make me forget my love and move on. But all their efforts went into vain, as I said no to all the boys who came to me with marriage proposals.

Meanwhile, he gave me the option to get married in the court but he never understood that it wasn’t such an easy decision for me.

Court marriage could make us lose our families forever and I didn’t want this to happen. Also, I had blind faith that nothing could break us apart until we decided to leave each other. But with time, I got so frustrated that it started affecting our relationship. I would pass some of my frustration on him and that’s exactly why he left me.

He got married to someone else even without informing me that he was looking for girls serious for marriage.

And I just kept waiting for him. He continuously said a thing to me that he wouldn’t marry anyone if it wasn’t me. But he is married to someone else. One month before his marriage, I struggled so much that I even tried to convince him to come back. But he didn’t. He said that I had the time but I didn’t use it wisely. Really?!

He was the person who told me that he would be there with me no matter the circumstances.

He made a choice of marrying someone else. But where was mine? After he got married, I was still at my parents and he was with someone else. He didn’t even take much time to make this decision. It was January when we fought and by May, he was already married.

It only took him 5 months to destroy our 8 years of relationship.

He told me how he was a changed person now and there was no coming back. I should stop hoping that he would come back to me again. He assumed dead end because I was frustrating him a lot.  He was the same man who promised me that no one else could take my place in his heart and always considered me as his wife. Then where did the new girl come from?

I refused all other proposals because of him and continuously asked him to keep trying to convince his parents. Was that a lot to ask? He got a dead end because I shared my pain with him and it got him frustrated. So, with whom should I share it with then? Right now, I completely devastated by this incident and my love who was also my best friend, my man and my life had left me all alone for another girl.

He gave her everything that once he committed to me and assured that no one could ever steal that from him.

He even said that if we didn’t get married, he would just take care of his niece for his whole life. Did he really mean it while saying all those things? Or was I dreaming? I don’t have a reason to smile anymore. I don’t feel like eating and living anymore. When I needed his love and support the most, he left. And blamed me that I never understood his love.  If that is the thing, then why am I in so much pain?

I made him my life and there is no replacement in this case.

I don’t know what awaits me next but this time I am not making any more adjustments in life just to live. I am not going to live my life in fear. I want to be happy. I learnt it the hard way but there’s no second chance in life.

If there is someone you don’t want to lose at any cost, tell them constantly and remind them at every moment that how much you need their love and company. This is the only requirement of any kind of relationship in life. There is no place for someone else in your life except them. Don't let any moment of silence come between relation, where the minds/hearts think as two and forget about the commitments they made as one. Silence kills the relationship. Never let it come between your love. I made a mistake, big blunder, and it is irreparable now.

Share this story because even after a heartbroken tale, the author has a strong message to convey. We must definitely learn from it.