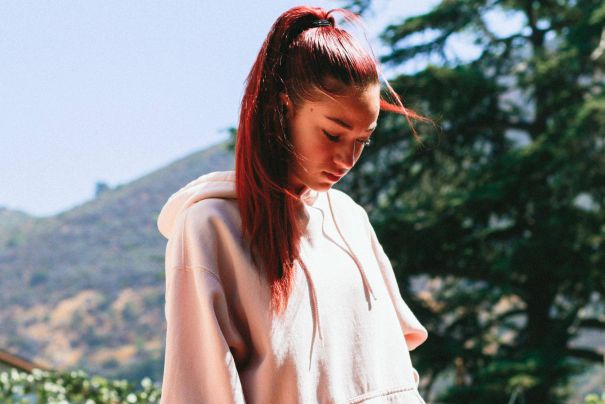 I loved him. I gave him my everything and ended up losing myself. It started in July 2015, on his birthday. We were working in the same company but in different teams. He was a Tamilian and I am a Haryanvi, but because I was brought up in Tamil Nadu I could speak Tamil well. He saw me communicating with people in Tamil and approached me. Eventually, we started chatting over Whatsapp. He told me that he wanted to date someone and I decided to help him fix up with a nice girl.

In the process of finding a girl for him, we came closer. He told me about his past, his secrets and in between all this, I started falling for him.

I didn't confess my feelings to him, but he knew about them. We would make out and spend a lot of time with each other. Though we were just friends with benefit, I felt possessive about him. There was a girl on his team who had a crush on him and every time she called or texted him, I would get super pissed off.

A few months later, I finally mustered the courage to confess my feelings to him. I was expecting a "I love you too" in return but ended up with just a plain "hmm". I continued pursuing him and finally on Valentine's day, he told me that even he had feelings for me, but he didn't have the courage to accept them because he couldn't marry me.

We decided not to worry about our future and simply live in the present. Days passed by and our love for each other increased every day. We used to meet daily in office. If we happened to be on the same shift, we would reach office and leave it, together. Of course, our colleagues came to know about our relationship. To make it more obvious, I would blush if someone asked me about him. There were times when his family would discuss marriage with him and I would get upset and cry over it for we used to call each other as husband and wife.

Since we were physical, I got pregnant. I would cry day and night and he would sit next to me, holding me.

We finally decided to have an abortion but we felt guilty for killing our own child. Later, in December 2016, he moved to Kochi and we came into a long- distance relationship. That's when I realized that I can't live without him.

So I asked him to talk to his parents about me. He spoke to his mother and she was okay with it until he told her that I was a Northie. But we didn't lose hope and eventually, his family did turn around.

We were in seventh heaven, but our happiness was short-lived. His family found some other girl for him in the meantime and forced him to get married to her.

He said that he fought a lot for us but his parents blackmailed him emotionally and he succumbed to their pressure.

I asked him to let me talk to his family once but he kept repeating that they didn't want to talk to me. I asked him to elope with me, but he refused. And then, on September 15th, 2017, he got engaged. He left me without a single thought. I begged him to meet me one last time, but he never showed up.

I felt like killing myself but I thought of my parents and didn't end my life.

I cry myself to sleep, every night. He didn't even bother to give me a closure and left me behind to die.

Share this story if you agree that the "illusion" of cultural differences simply causes unnecessary pain.