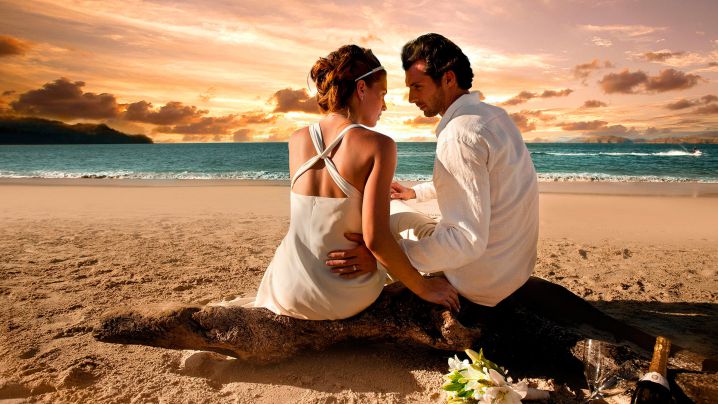 Marriages are made in heaven. I remember the day when I went shopping with my office colleagues to a mall. We were inside Shopper’s Stop looking around for some nice t-shirts. My colleagues picked up two branded t-shirts for himself and walked towards the trial room. In the nearby trial room, I heard a voice saying “Is this sherwani looking perfect for your hubby?”

I turned to catch a sight of the sherwani and I was surprised to see my best friend Aashish with his wife Andrea, along with their 7-years-old kid, Norey. Both freaked out seeing me and we embraced one another.

We were meeting each other almost after 12 years. I informed my colleague that I would be joining Aashish for a coffee after the purchases. At the coffee shop, we had a casual conversation.

Aashish was a like a brother to me; he never hesitated to share his problems with me.

He met Andrea in India, in the same company they were working in. I knew him since our school days. His father was a chief engineer in a telephone company while his mother was a housewife. Just two years before his marriage with Andrea i.e. in 2005, he had to go through a bad time.

Due to their inter-caste relationship, things turned sour between his parents and him.

Andrea’s parents hailing from London had no qualms about their marriage. But Aashish's mother tried to separate them using black magic but nothing worked in her favour. She spent around 30-50 lakhs on the black magician. And they were still together.

Aashish found himself stuck between a rock and a hard place. He knew that these problems wouldn’t come into control if he stayed with his parents. He finally left home and moved to my place.

Aashish was very sober by nature. He used to get emotional every moment, thinking about his parents. He was desperately waiting for the day when his parents would accept him. Andrea would call him at nights to make him happy.

In 2006, somewhere in the month of August, his dad called him home. I went along with him to his place. What happened next was actually a surprise for him.

Uncle decided to support him in his journey to his final destination. Finally, they got married in the year 2007 and returned to London. This was the last time I saw them.

Currently, during our conversation at the coffee shop, I asked him if he had spoken to aunty. He told me that seven years back after Andrea’s delivery, they decided to call aunty and uncle to London for a surprise.

In the beginning, aunty wasn’t ready but later she let go of her anger and went along with uncle to London.

Aashish couldn’t control his emotions on seeing his parents at Heathrow Airport. He drove his parents’ home from the airport. On seeing Norey at home, aunty had tears in her eyes. She smiled, forgot everything, and accepted them wholeheartedly.

In the end, it was true love that brought all of them together.

Share this story, because it makes us believe in love all over again.