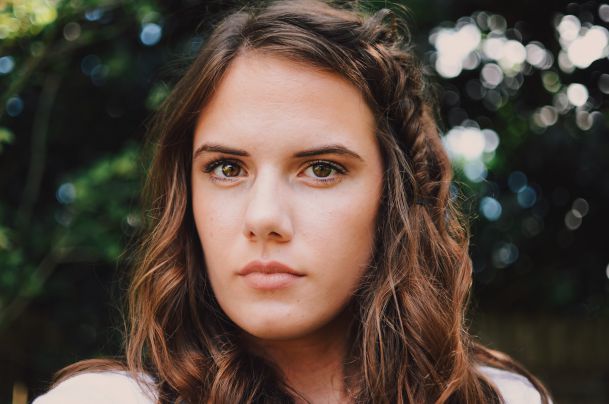 I'm an independent, educated, good-looking traditional girl. I have completed my Masters in engineering. I got placed in a big MNC as a software engineer.

But I am a passionate writer and have always wanted to make a career out of my passion. So I quit my job and followed my dreams of becoming a writer and an entrepreneur. I got the full support of my family when I decided to do this.

My parents wanted me to get married and settle down in life.  So they started searching for a good match for me. I was fine with their decision and just wanted to go with the flow.

After a short while they found a guy. They wanted me to take a look at his profile before they went ahead with the proposal. I saw his profile. He had done his Bachelor’s in engineering. He was employed in a good company and was earning a good package. He was 5 years older than me. I was okay with the difference in educational qualifications and the age gap as well.

I just wanted to give importance to the kind of person he was.

I saw his pictures. He had a wheatish complexion, sparkling eyes and bushy eyebrows. He looked young for his age. I told my parents that I liked his profile. They checked the horoscopes and they matched very well. My parents then went to the guy’s house and spoke to his parents. They then invited them to our house.

After two days his parents came to our house to see me. He couldn’t come as he was leaving for Riyadh the next day. His parents liked me and I liked them too. They were very friendly and sweet. They asked me about my company and the kind of work I did. They were quite impressed when they came to know that I was an entrepreneur.

His mom was very sweet and spoke with me for a long time. They then told us that they would ask their son to call me and talk to me.

I received his call that night and we spoke for more than an hour. We were very comfortable with each other. It never felt like we were talking for the first time. We didn’t feel like strangers and connected very easily. We spoke about random stuff. We decided to chat till he returned from Riyadh so that we could get to know each other.

After he hung up, he pinged me immediately on WhatsApp. We started chatting and it went on till 2a.m. The next morning he pinged me again and we continued to chat for the rest of the day till his flight took off.

We spoke about anything and everything. Our interests, habits, likes and dislikes were exactly the same. We were both surprised and happy because we seemed to be two very similar personalities. We never had any differences of opinion either.

He told me everything about his past. He also told me about his habits - like occasional drinking with friends and his love for travelling etc. I accepted everything as I was happy with the fact that we both liked each other for what we were from inside.

We never spoke over calls or video calls. We only sent text messages. We both just saw a few pictures of each other and had a good idea of how we both looked.

He was very impressed with my start-up and always encouraged me to do well in it. He never asked me to take up an IT job or any other job for that matter. He wanted me to continue with the kind of work I was doing. He always said that I should do what I love doing.

I was extremely happy to find someone who encouraged me so much. Once he told me that he chatted with his mom by sending voice messages instead of text messages. He said it was great fun.

So one morning I decided to surprise him. I recorded a voice message – a sweet good morning message and sent it to him. He totally loved it. He said that he had put his urge to get ready for his office on snooze mode to enjoy that moment. His project got extended. I had to wait for 20 days for him to return.

We kept chatting for all these 20 days. We used to chat all night. I usually slept early, but I made it a point to be available whenever he wanted to chat with me. I made him my priority. He was not an option for me. He was a very expressive person. During these chats he told me that he liked me many times. He said he felt very comfortable talking to me and sharing things with me. I felt the same way for him.

He told me that he was super happy with the way things were between us and was very excited to meet me. I was also very desperate to meet him and we were both counting the days and hours.

Finally, he finished his work in Riyadh and came back to India. We met on the very next day. He came with his parents. I was asked to wait in my room till I was called.

I had worn a green coloured dress because it was his favourite colour. Finally, they called me and I came out of my room. I greeted his mom and dad and then looked at him.

At the very first sight, I felt that he looked a little uncomfortable and uninterested. But I shooed away my thoughts and sat down in the chair next to him.

I didn’t look at him as I felt shy. I was tense because his parents and my parents were sitting around us. So they asked us to sit in another room and talk. We went to another room and sat there. We started talking random stuff but it was a very dry conversation.

By then, I was pretty sure that he was not as happy or as excited about the meeting as he was until that morning. I asked him if he would like to see my room. He agreed and we both went into my room. He stood there looking at the many trophies arranged neatly in a shelf. The other stuff and books were kept on the racks of my study table.

We didn’t talk much. We went back to the room where we had been sitting before. By then I clearly understood that he would reject me. I started feeling low and depressed. Tears rolled down my eyes but I controlled them and faked a smile.

We didn’t speak for too long and after a while they left. That night I didn’t get any message from him. Once during our chats, I told him that I wouldn’t ping him the next day because I wanted him to rest.

Everything that he had told me in the chats seemed like a dream. The reality seemed very harsh and unpleasant. The next morning I pinged him. He didn’t respond. I pinged him again in the afternoon asking if he was busy.

I told him to take his time and to think. I also told him that I was going to the beach alone and we could meet and talk again if he wished to. He didn’t reply to that.

But I went to the beach and waited for him for 3 hours. He never showed up. I cried my eyes out. It had started to rain. It was as if the clouds were trying to hide my tears. I reached home totally drenched in the rain.

My mom came to me and told me that they had sent a message saying that they were not interested in going ahead with the proposal.

I was not shocked knowing about the rejection. I was heartbroken. He had always told me that we could make a great couple.

I don’t know the reason for his rejection. But his rejection changed my life in many ways. Many depressing ways. It has been more than 2 months now. I still can’t get over it. For 2 months, every single night I thought of those beautiful 20 days and cried myself to sleep.

I stopped writing because every time I sat down to write something, I ended up writing about us. My company went down. I couldn’t focus on my work. I stopped talking with my parents. I was unable to live in the city that I had grown up in. I had lived in this city for 23 years but somehow I couldn’t breathe there anymore.

I decided to go away from home. I shifted to another city and am still trying to figure out what to do with my messed up life.

I didn’t know life could be so very unfair. I didn’t know that my emotions could numb me like this. I hope the scars will heal with time.

Share this story because right now we simply need to be there for this lovely girl. She will learn to move on with her life and one fine day will reward us all with a beatific smile on her face.