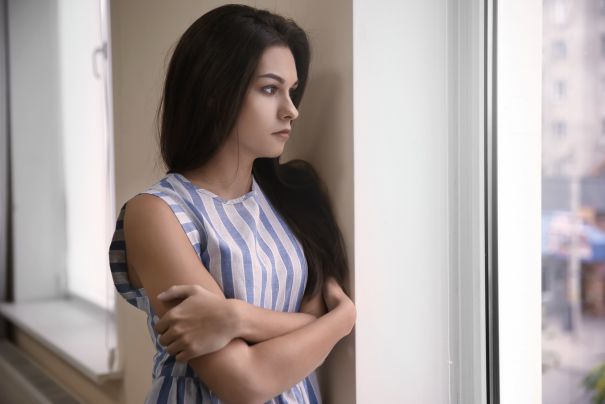 It was a Monday morning in 2014 when somehow, I was pushing myself to go to work with all the Monday morning blues. My sub staff from the bank called me and asked me to come to Nisha’s place as there was some emergency. She told us on Friday that she is going to Bangalore when we invited her for my roommate's birthday party. She hated Shimoga as much as I hated that place. It was depressing to the core, and as we both were from Bangalore, we would often escape to Bangalore for a weekend where we could be ourselves. She had an Iranian boyfriend, a gang of amazing friends and had just been on a personal vacation to Goa one month back.

I could sense a pungent smell climbing up the stairs to her house on the top floor. There was a crowd already waiting outside. The house owner had called police as he suspected something had gone wrong. I was thinking it might probably be her dog or some rat that died, as her place was always in a mess. We used to always talk about escaping from that place and the bank we were working for.

The police came after an hour and called in a local boy to kick open the door. I was convinced that it would be the dog, so I stood right in front of the door. The door banged open and I could see a long rope made out of her colourful dupattas hanging from a fan and at the end of it, a person I didn’t recognize any more.

One of the wings of the fan was broken and the body had hit the floor. She appeared to be taking a knee. Even her death was a protest against a society that always tried to change her and point out faults with her. I was called in to identify the body as we were the closest to a family she had there, and my roommate vomited on the spot and was shaking with fear.

I mustered my courage and went inside. I did not recognize her any more.

Her fair, light coloured skin had turned black. Her body was swollen like a balloon and there was a black liquid all over the floor. What you see in the movies is often a much better version of what I saw that day.

I was looking for that tattoo, a tattoo of a butterfly she got just above her chest that had created such a big uproar in the office. When our manager complained that this is not allowed in the office and she gave him a lecture on what she does with her body was her right. I was her lead officer and we shared a Bangalorean connection. She told me it’s a butterfly and it meant that she will be free like that butterfly one day. We laughed about it saying “Yes, our parents will ensure there is a rope at the end of that butterfly also.”

Even her decaying skin could not hide that tattoo, and with all my courage, I told the police it must be her. I could not believe it and inside my head, everything was crumbling. I had been fighting my own thoughts of depression and hopelessness at the same time, after a breakup from a long and complicated relationship. I had been in denial about it and the fact that a girl, seemingly fine and glowing about her life a few days back committed suicide, opened up my own wounds.

There was a colourful letter written in multiple colour sketch pens explaining why she alone is responsible for her death and that she does not have much hope for her life. Even the letter was as colourful as her and I could hear the crowd whispering. “She used to drink a lot”, “Must be some boyfriend issue”, “This is why you should not let single girls to stay alone” and some aunties murmuring “She must be a coward, just running away from life”.

I doubt any one of them even knew a little bit about her. It is this town and its passing judgments about her that probably made her take her own life, and even in her death, there was no stopping them from using her as an excuse. I don’t think suicide is an act of cowardice. To take one's own life takes a hell lot of courage and you need to be prepared for it other than those who do it on an impulse and jump from buildings and drown in rivers.

If you look at those knots and the letter, you will see it took her hours or even days to decide on taking her life. I have thought about suicide some times but I did not have the courage. Maximum I could probably do was some self-harm and nothing more. The other comments that people were making were mostly self-directed at the need of a patriarchal society, to use her as an example to justify that their bullshit logic was real and women continued to be Sanskaaris.

A town, a home and even a school or office is usually responsible for a person committing suicide. It’s not only the fault of an individual, but a whole group of people are responsible for that person taking their life. We continue to ignore those signs, or think he/she will be fine. If you just read the last few song names of Chester Bennington you will know he was this close to suicide and no one cared.

You can watch out for your friends who post their distress on their WhatsApp status, Instagram or on FB. Reach out to them before it's too late and you saw it coming. Sushant Singh Rajput’s Twitter may have been an inspiration for many with his 50 dream challenge, and now that he is seen hanging at the end of that dream it leaves you in tears. We, with our pathetic existence, wonder what a man who turned everything he touched into gold could possibly go wrong that he committed suicide. Depression my friend; is a friend of the rich as well as the poor.

I spent days after Nisha’s death scared, as I felt if I broke down over my relationship one more time, I would probably end up doing that. As a student of psychology, just like doctors, I was giving myself all the self-help I needed, but nothing seemed to work. One weekend, I finally mustered the courage to go to Bangalore again and seek professional help. It was not easy, I kept manipulating my therapists and often jumped from one to the another, breaking my sessions. I sometimes had enough of sharing and sometimes felt the whole exercise was useless.

It continued for months. I remember how my whole body would be floating in that sleeper bus from Shimoga to Bangalore while my head was lost in thoughts about depression and “Why me?” questions. I was this close to depression, like we were facing each other every night. I would somehow look at my life and find those moments I always managed to survive. I tried calling friends, making amends with some broken bridges, and even tried to surround myself with some self-help content and motivation.

Motivation and friends' support is like paracetamol. It only works for twenty-four hours and that is why it is very important we seek professional help.

I finally found a therapist with whom I could talk and also had a professor from college who gave me valuable steps to climb out of it. It was not easy, it opened my deep-seated wounds, my fears and my insecurities, and often topics I never wished to address. I started seeing the light at the end of the tunnel slowly and then I broke down one day in front of my therapist and became vulnerable like I never did before. It was a moment of “catharsis” being able to eventually let go of all the things that held me down.

Today if you ask me whether I am fully healed, I don’t know, some of those aspects are parts of your personality and it’s hard to change. But I know I am mentally stronger than who I was. I was able to understand why I made certain mistakes in my life and made peace with my dad, and a whole system that always tried to get me down. I wrote sleazy poetry in Instagram about relationships and breakups and that kept me going, reading those DM’s and comments, I realized it’s a shared experience and a lot of people had the same journey and that I was not alone.

I started my own mental health initiative with my friends to work with special needs children to have a better experience in homes and their schools and creating a safe place for those who wanted to share and gift those children a better childhood. Four years, fast forward, the same venture helped me finally quit the bank job I hated and work full-time on this cause.

Each day, I am learning about different things and each day, someone is sharing with me a new challenge they are facing. Life is all about giving back what you received. I would recommend to everyone to go into personal therapy once before you are twenty-five. If you are working out in a gym to get a body like Sushant, you also need a mindset that can keep you going when life ties its noose around you. It helps to internally heal so that you don’t become the source of hurt for others by leaving us wondering why you chose to be a butterfly and escape into death than live like a mortal among us. That you could have lived long and continued to delight us in our silver screen called life.

It takes an enormous amount of courage to revisit trauma, but like the author said, life is all about giving back what you receive. If you choose to do that too, write your story today.