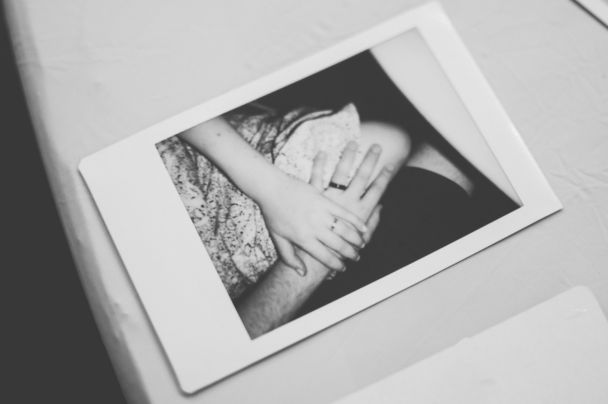 In her late twenties, an Indian girl doesn't look for a boyfriend anymore, but a stable relationship leading to the altar. I was not different as a typical Indian girl.

We both were well settled in our career and we were colleagues in a metro city. We started off with casual dating that soon got us both addicted to each other's company. He had all the qualities that I was looking for in my life partner. There was only one glitch- we belonged to different religions. Soon, I proposed to him despite this difference.

Being a strong, independent woman I expected us to fight for us. I stuck to my word and convinced my family to accept us. I told them very clearly that I was willing to leave him, if and only if they could point out a single drawback in him other than his religion. As expected, there was no reason to reject him.

Well, the other side of the story was different. Neither was his family as broad-minded as mine, nor was he strong enough to take a stand for me. After a few months of togetherness, we went to different cities for further studies.

Then started 4 years of long distance relationship full of restlessness and insecurity. In our daily telephonic conversations, I heard these phrases regularly for those 4 years- "Gharwale nahin maan rahe hai", "Don't you worry, I will manage", "Trust me, I will always be with you", "Give me sometime". Blind in love, I gave him my precious 4 years during which I rejected numerous good proposals. I kept believing his words, and kept providing him moral support during his higher studies. After all, he was doing all this for 'our' future. He promised to make a decision and go ahead for a court marriage with me soon after his final exam.

Our phone conversations became less frequent, because he said he was stressed about the exams. I believed him. Then he stopped taking my calls altogether. I told myself that he would go back to normal after those dreadful exams. For two months, I cried myself to sleep.

Finally I received a message from him saying that he passed his exams. In my happiness, I forgot all the frustration I had against him. I dreamt of 'our bright future'. But he started giving me hints that I should go ahead with other proposals, as his family was not getting convinced. I was a fool not to believe his words at that time.

I asked him - "Which proposal? I stopped getting proposals the moment I stepped into my thirties, waiting for you."

Then came a day when he changed his profile picture on WhatsApp with another lady hugging him. I was shattered, speechless, and numb. I couldn't move for a few minutes. There were no tears or pain, just silence within me. I was frozen from within. It took me some time to realize the bitter truth that I was not dreaming. All I was able to see was a dark tunnel ahead of me. 'My' future never looked so dark to me before. I felt aimless. I felt hopeless.

After an hour or so, I accepted the truth and called him up. The coward didn't have the guts to even receive my calls. I messaged him continuously on WhatsApp. I brought out all my grief, frustration and hopelessness in my messages. First I cried to him, then I cursed him- all in messages. I spent rest of the day texting him while he was still offline, as if he came online that day just to change his profile picture. I skipped my work for the next 3 days, mourning my dead relationship.

I was lucky enough to have a supportive family. My mother felt my pain even though I didn't say a word. I escaped an episode of depression because my family stood with me and never blamed me for being fooled in love with a spineless man. I got a call from him the very next day. The only thing I said was - "WHY?" Even he didn't have much to say and just said, "Sorry, I am a coward." We spoke for the next few days, but I was abusive and he was silent. If at all he spoke, he only said, "Main majboor tha."

After a month or so, I was able to gather my broken pieces again. I asked him in detail, "How did you manage to cheat me and dump me so shamelessly?"

When he said he couldn't take my calls because of exams, he was actually busy getting married. He failed to fight for me and gave in to his family's expectations, who got him married to a girl of their choice. He proved to be a spineless man and continued talking to me even after his marriage. He said that he didn't have the guts to confront me, so he resorted to showing it to me through his profile picture.

It has been 3 years since then, but I am an adamant woman. I rose up like a phoenix and moved ahead, excelling in my career. Once in a blue moon, he calls me to tell me that he still loves me and he regrets not marrying me in the registrar office against his family. I listen to him without reacting because he is just a chapter in my life. I feel peaceful in the absence of all that toxic drama he put me through.

I'm in my mid-thirties, I'm over him and I'm still unmarried. I feel a 'happy life' is way more important than a 'married life'. I am happy and will surely welcome a man in my life who will not only love me but will also take a stand for me.

Share this story because it never seems enough to fight against religious divides.