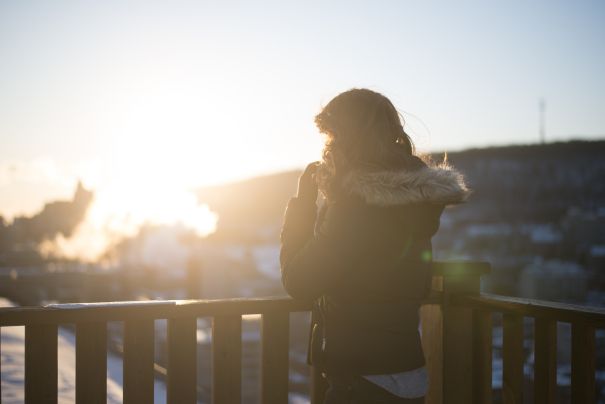 This is my love story or I can say life’s story that taught me a lesson: “we all are born for a reason.” We are here to do something very important before we die.

The story started on 4th Feb 2006, I was studying at night with my sister.

I got a blank call, I asked several times who was on the other side but got no response. The only reason why I took the call seriously was the mobile no. (It was exactly like mine with the last digit as 1, while mine was 0). After some time, I received an SMS which said, “Hi, I am Avinash Sharma. I am a student and a professional model. I randomly dialled your no. and I want to be your friend. If you are not interested, I will not bother you again.” I thought my friend was playing a prank with me and I started chatting. We chatted for an hour. I was not at all serious as I was thinking that it was a prank.

Next morning, when my all friends convinced me that it was not them, I was frightened to know that I was chatting with a stranger.

I started praying that he never contacts me again. But as soon as I reached back home, I got his message asking how my day was. I cleared him about the misunderstanding and apologized him for wasting his time. He liked my gesture and again asked me if I would like to continue chatting as a friend. After many persuasions, I agreed.

Then started the story of our friendship, we used to chat the whole day and night.

On 14th Feb, we heard each other’s voices. Then we started talking on the phone every night. It was a very cute relationship and we used to discuss each other’s likes and dislikes, family, our dreams and fantasies. Then after two months, we decided to meet and see each other. He came to meet me outside my friend’s house. He was 23 years old; tall, fair, good-looking man with a ponytail.

As soon as we saw each other smiling, we fell in love.

Then slowly and steadily our relationship moved forward. We were madly in love with each other. I became his only priority. I had never felt so pampered and loved like this before. All seemed perfect for a few months till I started noticing his strange behaviour. He was very possessive about me. He had an anxiety issue as well. He could not sit at a particular place for long. He used to tell me that wherever he goes, people consider him as a celebrity because he resembles some actor. I was just a 19 years old blindly-in-love teenager; so I was not able to understand what was going on.

I was only concentrating on the love, hugs, kisses, and flowers. I was ignoring other things.

But after a few months, his behaviour became really unbearable. He was a loving and caring man but with weird mood swings. He was restricting me for almost everything. I was not allowed to go out even with my family, my dresses were decided by him, I was not allowed to meet my friends, and he used to insult me publicly by shouting at restaurants or any public place. I was feeling trapped. He was actually imagining things against me. He used to tell me things about me like I had a boyfriend, I was a slut, and I was from a poor family, etc.). I realized that I can’t change him and I have to run away from this city. Slowly, I would stop talking to him and he would forget me.

I applied for an MBA at Chandigarh and shifted there. While I was enjoying the freedom, he became really hard to bear.

His imaginations about me got worse. We were always fighting on calls and at last on my birthday, I asked him to free me from this relationship.

He pleaded that he truly listen voices of people against me but I switched off my phone for about the next 15 days.

I was glad I broke up with him but had the guilt of breaking his heart. I called his brother for the first time ever; asking whether Avisekh was fine. He told me that after I broke up with him, his condition got really bad and he started assuming that his brother was planning to kill him and equipped cameras everywhere in his room. He started shouting at unknown people imagining them as a spy against him. He was hospitalized and given really heavy doses of medicines. He was diagnosed with schizophrenia. Doctors told them that he should have been admitted years ago.

The phone fell from my hand and I cried like hell. He needed my help and I ignored his mental illness. I thought I was the reason for his condition and I would get him back to life.

I asked his brother to get him to my city (Chandigarh). With the support of his brother and few contacts at my MBA college, I admitted him to my college. Because of heavy doses of medicines, he was not at all the same man anymore. He was like a 3 years old child who was admitted to a school first time. He always kept quiet, had no expressions at all. He looked at me as if I was a stranger.

I helped him to get back to life, to smile, make friends, and be confident.

In about few months, he started recovering. He started loving me again but this time he was a lot more sensible, shy, cute, and a mature person in love.

After I passed out, I joined a job in a private company as an HR Manager while he was still studying. After he completed his studies, he joined a bank as a marketing manager. I introduced him to my family (as a friend). But my dad really liked him and asked me whether I was interested to marry him. On 13 Aug 2014, we got married and we are a madly-in-love, happy couple. Now we are even planning for a baby.

Note - Mental patients can be violent but his behaviour is beyond his own control. Help them!

Kudos to the author for spreading such a beautiful message. Instead of leaving him alone, she decided to go ahead and provide him with extra love and care at the time of crisis. We need more people like her. Share this story if you agree.