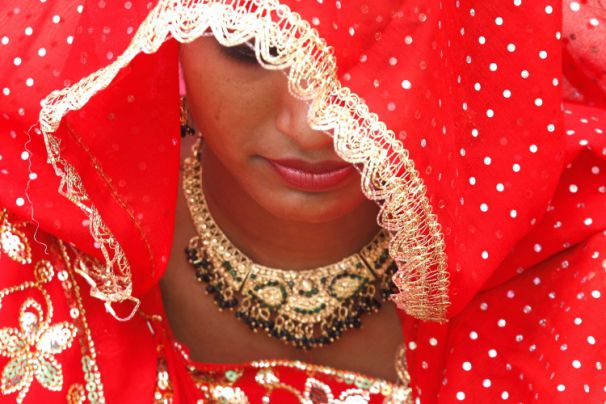 I am a quite happy going and an ambitious girl. I work in a public sector bank as an officer. It has been two years since I started working.

Belonging to a middle-class family, I was also eager to get everything on time such as getting educated, job, and marriage too. My parents soon started to look for a good match for me but I insisted to wait for some time as I was on my probation period. And due to regular transfers, I was yet to get settled.

After one year, my parents found a boy who was settled in Mumbai and was working in the same bank. During my Durga Puja vacation, I went to my home where I was soon intimated that I would be meeting him soon.

It was on the day of Vijaydashmi when I finally met him and his family.

I am wheatish in complexion and have a standard height. I found him quite a happy and talkative person.

He was looking quite happy to meet me and was really interested in marrying me. I was neutral and didn't respond much to his affectionate behaviour as I was really not sure about my willingness to marry him.

Next day, his parents invited my father to their home as they liked me. I was in tears and didn't know how to deal with the upcoming events and responsibilities in my life.

After two days, I came back to my workplace and waited for him to call me. I was prepared to tell him that I was not really ready to take up the responsibilities of marriage.

His family seemed typical to me and my family was typical too. Seventeen days passed by and I was yet to get a call from him. I thought he was waiting for the final decision from our families.

On the eighteenth day, I faced one of the ugliest problems in my life and I don't know why I called him up to get his help.

To my surprise, he stood by me until I was totally out of the issue. This continued for over one month and I could start to feel his love.

In the starting days, I found him quite different but soon I used to calm myself with the thought that we would be spending our lives together. Finally, my father and some relatives went to his place to fix the schedule. The worst was yet to come.

His parents demanded a whopping amount of INR 25 lacs as dowry for the marriage.

My parents left hopelessly from his home. They were unable to convince them for a lesser amount.

With a broken marriage there were many things that got broken at that moment. I asked him what he was intended to do, to which he responded that he wouldn't go against his family. I was left shattered.

All my dreams were broken and all my hopes were left shattered.

I cried for continuous 3 hours at my office. Everyone tried to convince me but I was inconsolable. I left everything on my parents.

The social devil didn't let me create my own nest.

They say everything happens for a reason. Why marry a man who only wants access to your bank accounts? Share this story and let people know that asking for dowry is illegal.