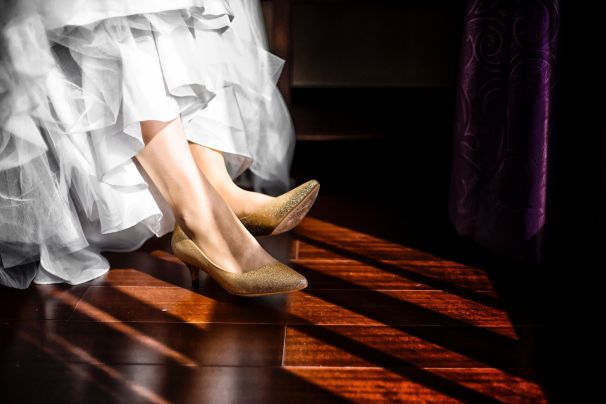 I got married when I was twenty. I still cannot believe I got married to a person who is eleven years older than me. My husband is my brother-in-law's twin brother. My sister had an arranged marriage in 2007.

I was the bridesmaid, and my husband was best man, but I never liked him because he was too old for me.

On the contrary, he liked me, so he kept asking about me from my sister and also refused so many marriage proposals just because he liked me.

At that time, I was pursuing a French diploma. Whenever my sister mentioned him, I ignored it, but he didn't give up. It was really a headache for me. So I told my sister to let him check my horoscope with his Horoscope, but he should give up on me if they didn't match.

Unfortunately, they matched,  and I accepted the marriage. Still, my father did not like this marriage because he did not want to give both of his daughters to the same family. He said, "What other people will say in the society?" In the end, he agreed to our marriage. Finally, I got married in 2009.

Believe me, I didn't have enough time to get to know this person before my wedding. It happened so fast, and now I regret it.

Now comes the worst part of my story.

I couldn't finish my diploma after marriage because I had to move to another city. I didn't have a career, but my husband said he was okay with it, because he got a considerable dowry from my father (a car and a house). Unfortunately for my in-laws, I wasn't the daughter-in-law they expected. So, whenever they have time to complain about me, they talked about the fact that I don't have a career and don't earn money.

The funny thing is most of the ladies have to deal with their mother-in-law, but for me, it was the father-in-law who was rude and kept telling me that I destroyed his precious son's life. After marriage, we stayed at my husband's house for three months and moved to the place my father built for me as dowry. But we visited our in-laws during weekends, that was my worst nightmare.

Occasionally, my father-in-law insulted me in front of my husband also, but he never said anything.

Sometimes it's hard to believe how some people behave in front of their parents.

I can't describe how I felt. That's the day that I decided we should leave the country. To save my marriage, I forced my husband to apply PR in Australia, and we migrated in 2019.