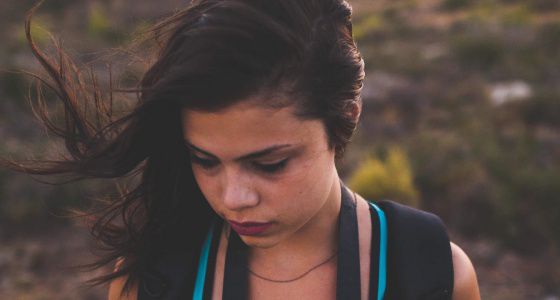 I was a girl who believed in fairy tales, in a perfect world full of love, joy, happiness, and a prince charming.

It was the second day of my college in a new city and new environment.

I was excited, full of life and ready to roll as I was pursuing my passion as my career.

I met new people in college and at the place where I was staying as a paying guest. Some of them were really amazing people and soon, we became good friends.

We did everything together and became like a family.

One day, I was sitting in the library and reading the newspaper when I suddenly noticed a boy staring at me. I simply ignored him and went to attend my lecture. Later that night, I don’t know what made me think about him again.

Whenever I tried to close my eyes, I could see his deep dark eyes staring at me.

After a little struggle, I finally fell asleep. The next day, I was at the library again but this time, I was looking for him. A few minutes later, he came and sat in front of me.

Initially, I tried to avoid eye contact but then he asked, “Hi, are you a new student?” I couldn’t resist and replied that I belonged to the new batch.

We had a great conversation and ended up exchanging numbers. We started spending time together and became the best of friends.

We bonded so well that my days started revolving around him and there was no place left for anyone else.

During this time, I overheard one of my friends talking to this guy and telling him how much she liked him. She was planning to propose to him that very day!

I don’t know why I felt crushed.

My heart started beating faster and tears roll down my cheeks. I was angry, hurt, heartbroken and filled with emotion. My roommate saw me and asked why I was crying. I hugged her and told her everything that I’d heard.

She took my phone and called him to tell him what had happened. Then she asked him to come and meet me.

I felt so embarrassed! I apologized to him for my behaviour. And that’s how our story started.

He proposed to me and I said ‘yes’. I was ecstatic! He was an extremely caring and loving person. We were madly in love and he also introduced me to his family.

7 years went by and through all these years, he took care of the little things that made me happy.

He made me a different person. Be it our anniversary or my birthday, he always surprised me.

We had fights and moments of jealousy but our love only got stronger with every experience.

I was unaware of the harsh realities of life till my fairy tale came crashing down. My parents were against the idea of me marrying the love of my life because he belonged to a different caste.

We tried hard to convince them but ultimately, I gave in to their wish.

We broke up but the separation has taken a heavy toll on me. I’m not the same happy-go-lucky girl anymore. One part of me has died.

I’m just compromising with life and have no wishes or excitement. We still talk but the equation between us has changed.

Our families are looking for a decent match for us but I just want to tell the love of my life, “I still love you and always will.”

What bothers me the most is - why can’t we take such an important decision of our lives on our own? Why can’t two souls get married irrespective of their caste, creed or religion?

We claim to live in an evolved society but people are still driven by orthodox and regressive principles over happiness and love. Share this story because we urgently need to stop using caste and religion as a parameter to judge love.