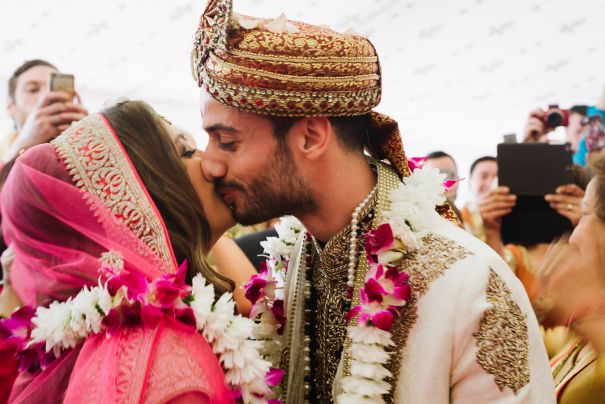 If he tells we had a love marriage, then he is lying.

We’ve known each other for quite some time before we decided to repeat the vows of holy matrimony after one another. Honestly, I would not call it a ‘love marriage’ entirely, as a lot of things were discussed, argued upon, and finally settled by our parents.

I have learnt from his friends that he boasts of having done a ‘love marriage’; but if you ask me, he is LYING. To me, ‘love marriage’ is not just a combination of two simple words to give it a grammatically correct meaning; it carries an entirely different dimension.

Love marriage is a big decision that two adults take together, irrespective of the familial and societal constraints. Once they decide to be with each other forever, there is no looking back. There is no ounce of doubt that one day they will be separated because they are driven by the only emotion that drives the world – LOVE.

In my opinion, love marriages are the purest form of promises that do not come as a package deal, with discussions and arguments (be it material or financial), and definitely not with conditions and settlements.

We’ve been married for some years now, and honestly, it made my blood boil with anger (on myself) when people congratulated and praised me for taking such a ‘bold’ step in this patriarchal society. With every word of their greetings, I hated myself bit by bit.

I will carry to my grave, the guilt of marrying this guy, who, in the name of ‘love marriage’ had put forward a list of negotiations to be fulfilled by my family, for being the from the side of the ‘Bride’. The lists included numerous conditions, some of which were buying expensive gifts for all his family members, including those whom his family/parents have not met with or spoken to for years, gifting a certain amount of cash to all those who accompany him in the groom’s procession (baraat), providing expensive return gifts to all his guests who attended the wedding ceremony, etc. Despite these demands, they proudly declare, until today, that they have secular thoughts and did not accept any dowry.

By God’s grace, we (me and my family) took all the measures of fulfilling their demands in the name of ‘tradition’, ‘love marriage’, and many more. The wedding ceremony happened with great pomp and show.

I agree it was my mistake, a terrible mistake, of sealing my lips and not raising my voice at this exploitation. I should have spoken out, loud and clear. But unfortunately, did not.

Although we had pledged the vows to each other, I refrain from calling it a ‘love marriage’, as his promises came along with numerous negotiations and filthy explanations. Love had transformed into some kind of contract with ‘terms and conditions’.

So, if you ever hear him say again that he had done a love marriage, I want you to know that he is lying.

Share this story because we live in a world where a woman's autonomy is still an illusion.