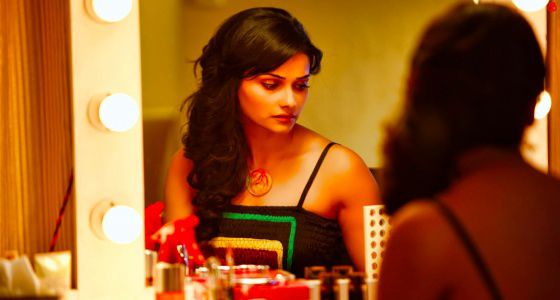 I never had any personal grudge against the LGBT community. I always believed that just like any other community or people, they too had the right to be whoever they wanted to be.

But something happened that changed my opinion and turned me into a homophobic.

Three years ago, when I completed my CA, my aunt proposed a rishta to me. The boy was her best friend’s son and lived in Hyderabad. She insisted that I meet him since he was in the city for a vacation. She was ready to vouch for his family and their background and so I decided to give him a shot. On the day we first met, I couldn’t believe that I had found someone with the same values as me. This is how our conversation went that day:

Me: Do you drink and smoke?

Him: “Yes, I drink occasionally. I used to smoke, but I’ve quit now.“.

Me: “Would you let me work after marriage?”

HE: “I think every girl should work. What’s the point of sitting at home and wasting all your knowledge and talent. I respect talent.”

Me: “What do you expect from your wife?”

HE: “I expect her to own my family. After my father’s death, my mother has been through a lot. I want to see her happy. She means everything to me. And there is one more thing, I can’t tolerate people who lie, so I wouldn’t want my wife to lie to me either.”

Hearing all this I felt like we were meant to be, like he was my soulmate. I assumed that a man who respected his mother would respect his wife too. I thought that in a selfish world, I was lucky to have found a man who loved his family. And so I immediately agreed to the rishta. Two days later we were engaged to each other and I felt like the happiest woman alive.

After the engagement, he returned to his city and that’s when things started changing. Unlike other couples in their courtship period, we never spoke for hours at length on the phone. In fact, sometimes we used to speak only once in three days and other times, our conversation lasted for just five minutes. He never seemed too excited to speak to me or to do anything for me.

Even on our first month engagement anniversary, it was his mother who booked a bouquet of flowers for me. When I spoke to my mum about all this, she said that being the only man in his family, he probably had many responsibilities and that I should try and understand his unexpressed love for me. I agreed and planned to shoulder his responsibilities instead, when the right time for it came.

Plus, his mother knew of every conversation we had and he asked her before doing every little thing, and never took any initiative on his own. Back then, I didn’t know whether to thank his mom for trying to bring us closer, or to hate her for interfering in everything. As if this was not enough, she even started demanding things from my parents. With only a month to the wedding, my parents obliged to them — all in fear of society.

Finally, the day of my wedding arrived and my parents married me off lavishly. It was time for me to move to a new city and start a new life. I did everything a good housewife was expected to do.

I would wake up early, complete all household chores and spend time with my mother-in-law, and as evening approached, I waited for my husband to return home and spend time with me. I wanted to talk to him, get to know him and later find comfort in his arms. But somehow, he was always too busy. He would often sit outside our room with his laptop late into the night and every time I objected to it, he would reply saying that he wasn’t used to sleeping early and that he didn’t want to disturb my sleep by keeping the lights on.

Months passed by and things kept getting worse. We seldom went out alone. In fact, we hardly got any time to spend with each other. At nights and on weekends, he would either be out partying all night or his mother would stay gossiping in our room until late. And then at times she would abuse me and my parents. She would howl and cry and blackmail us emotionally with her “widow” status.

If things didn’t go her way, she would threaten to jump off the attic. I failed to understand the sudden change in her nature after the wedding. Maybe she was insecure about her son, but the fights became so frequent that my life at home became a living hell. Even though my husband stood by me when his mother was wrong during these fights, the emotional gap between us kept growing bigger. My mother-in-law became so cynical and unpredictable, that I started living in a constant fear of pissing her off.

I couldn’t think for a while, I didn’t know what to do. I started weighing my options, from committing suicide to going back to my parents. In the end, I chose to confront him first, and when I did he accepted being gay. But, he quickly promised that he would try and change for me.

Somehow after that incident we started getting emotionally close. I found that accepting him with his flaws, made him respect me. Not that he had ever ill-treated me before, but after that day, I could feel his love for me. But my happiness didn’t last long.

His mother’s behaviour worsened with every passing day. Either by continuously rebuking me for what my parents gave me or by abusing me for something I said or did - she always succeeded in stealing my smile away. And amidst the everyday tension at home, we drifted apart again. Once again, he started staying away from home and I realised that he couldn’t stop being who he was.

I started reading many articles about gay men during this time and that’s when I realised how difficult it must be for him to live a dual life. I became certain that he was not happy with me and that no matter how hard we try, I could never make him feel how it’s supposed to be.

It wasn’t his fault, but it wasn’t mine either. I had never had any complaints from him, apart from the fact that although he claimed to hate lies, yet he forged a relationship with me on absolutely false grounds. Just because he thought he would be able to change, he experimented with my life.  Finally, we spoke about everything and decided to call off our marriage with mutual respect.

Until then, my family had no idea about this turmoil in my life. We decided to call them and tell them all. But when it was time to speak the truth in front of my family, I witnessed a different side to my husband.

I wasn’t surprised to see his mother lying outright, but the man whom I had respected after everything, denied his orientation outright too. On the contrary, he started questioning my character in front of my parents and held me responsible for the failure of our marriage. What he said and did that day caused the deepest scars on my soul. And in that moment, I knew that I had just not just lost my relationship and my self-respect, but I had lost myself too.

As the saying goes, sometimes the loudest cries are the most silent ones. That day, everything shattered right in front of my eyes like a pack of cards and I just stood there, unable to do anything. Today, we live separated waiting for the final decree of divorce. But this entire journey of two years has made me very sour towards life. I still probably don’t hate him. He did what he had to, to save himself and his image. But what I do hate the most is having ever believed him and his mother in the first place. And more than them, I hate myself.

Most girls are made to believe that their husbands would be their knights in shining armour. They find pride in their husbands. Someone broke my pride, my confidence, my soul, but through this message if I can convince even one person to be vocal about their orientation, my purpose will be served.

Here’s a message to all such mothers - Just like you want happiness for your child, similarly a girl's parents want to see their daughter happy too. Their daughters are a part of them, love and respect them like your own. And if you can’t accept an outsider as your daughter, don’t get your son married to her, and destroy her life. She doesn’t deserve any of this. Today because of one such mother, I am reduced to a mere breathing object.

A message to all members of the LGBT community - No matter how much your mother or society wants, please don’t get married to someone who is not meant for you. Watching you get married may make your family happy, but it comes at the cost of another family’s happiness, and you have no right to destroy anyone’s life to make yours easier. No amount of guilt or repentance later can undo the damage you cause.

The reason behind all of these horrible experiences is Homophobia. Please share this storyso you can stop another innocent life from getting ruined.

YOUR STORY
JUST IN
BAKKAR. CHAI. SUTTA
LIFE IS TOUGH
HOW'S THE JOSH
YOURS GEEKLY