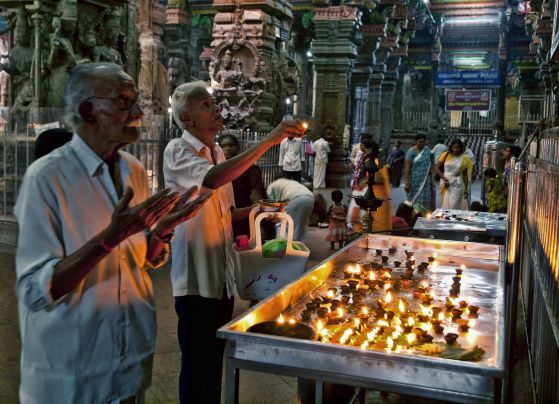 Maybe I have been putting up with humiliation for so long now that I have zero tolerance for anyone humiliating me or others. People need to respect another person’s feelings and not gain pleasure by hurting someone. Recently, my friend's daughter was undergoing a lot of mental pain and trauma.

She shared the problem with me and begged me to help with a solution because they were caught in the family's political mess and not able to step out or seek help from anyone else. I agreed to help.

Their request was simple, they wanted to do a pooja service in my native temple in the name of the child. There is a belief that when this Pooja service is performed and the Prasad is consumed, it gives greater clarity of mind and guides us to do what is right and frees us from any negative influences. Since I promised her to keep this confidential, I could not ask for my cousin's help who stayed in my native. I reached out to Mr Sriram who was coordinating pooja services for us and has known contacts in this temple.

I explained him the urgency and that this was confidential, and to my luck he agreed.

After a couple of days, I followed up on WhatsApp but did not get any response from him. I called him, he picked up the phone but did not sound well to me. Again, after a few days, I asked him if he could help with the status or share details so I could collect the Prasad. I even checked if I had to send money but still no response from him. He kept reading all my WhatsApp messages and did not send any response. I understood that he was not willing to help. But that was not a problem for me. He kept me waiting without an outcome and ignoring my messages for no reason.

It’s quite humiliating when one insults another person by not responding to their messages especially when the other is waiting for a reason they are aware of. Sriram, don’t you have a family too with sisters, wife, mother and daughter, where you not taught to respect each other’s dignity? Does it take so much of time to respond to someone, be it even a no? Especially to someone who is waiting for your reply in a critical situation? Would it not have been simple to inform that you are not able to coordinate or that I should seek alternate help? For the fact, this is not the first time you insulted me by not responding, but this time I am badly hurt because I am being avoided for even a response. For whatever reason, you are behaving like this, even if the reason underlying is for Good - it is just too humiliating.

Nothing can be fruitful when the outcome shames the other.

The irony is that people like you do run groups and forums, but do not understand that God does not tolerate disrespect to another soul. It’s a shame that you claim to be devoted to a Guru who does not tolerate shaming another individual at any cost. May Sadhguru teach you this sooner and make you a human being first.

Share this story if you agree that humility and kindness need way more room in religion.