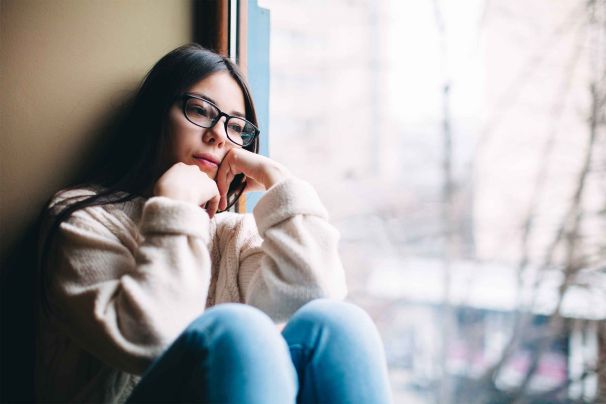 I never had enough courage to tell my story to anyone. I never shared the pain that still exists in my heart. When I was 3 months old, my father got transferred to another country. I lived in a joint family with my mother. When I turned 4, she also went to live with my father leaving me behind. Even though I called them my family, but they never gave me that feeling. I felt like my aunt hated me as she thought I was getting her share of things. I was a stranger in my own family.

Although nobody ever said it directly to my face, I could feel that I was nothing more than a burden to them.

When I was in 5th standard, my mother came back and took me with her for a year. I thought it was finally the end of all my struggles, and I would live a normal childhood life just like other kids I used to see. But no, that wasn’t it. After a year, my parents decided to send me back because they wanted me to study here. I cried a lot that day. I told them all my fears and begged them not to send me back. But they were determined as for them, education was more important.

So I had to come back and I spent my entire childhood in a home that was never mine.

They didn’t even bother to ask me if I had food for days. It still hurts when people talk about all the fun they had growing up and how much they miss their childhood. All I remembered from mine is how I was blamed for everything by them. I had spent hours on the floor crying but nobody cared to even look for me. Every time I cried in front of them, they thought I was trying to seek attention. Amidst all the chaos in my life, something good happened. I met him 7 years ago. He lived near my relative house.

I had stayed there for almost a month and that's how I met him. We often used to go out together and chatted the whole day on Facebook. He supported me through my worse phase when I lost my grandmother. I loved her more than anyone else. She was the only one who cared about me and my pain.

Even though I only visited her once in a year, but it was always the most favorite time of all.

While he was supporting and showering me with all his love and care, I fell for him. I was really happy until he told me that he lived a girl from his school. He wasn't the guy who dated girls just for fun. Everything fell apart and we didn't talk for almost 2 years. But I could never move on from him, I loved him that much.

We only wished each other on birthdays and that was the only time of the year when we talked.

My mom came back to live with me but I never bonded with her well. I do respect her as she is my mother. And I like to believe that they cared about my great future that's why I don't blame them either. But when I was trying to take control of things, it changed again. I came to know that he loved me too. But there are some things that don't work out, not because we didn't want them to. Perhaps, God had written something different for us.

After all these years, I am strong enough to handle the pain of my own. And the only way to ease off my pain was to pour it out. That's why I wrote this down today. To let go of my pain!

Share this story if you agree that sometimes to live happily we need to accept our fate.

LET'S FACE IT
HOW'S THE JOSH
LIFE IN THE TIMES OF CORONA
CULTURE SHOCK
BAKKAR. CHAI. SUTTA
YOUR STORY