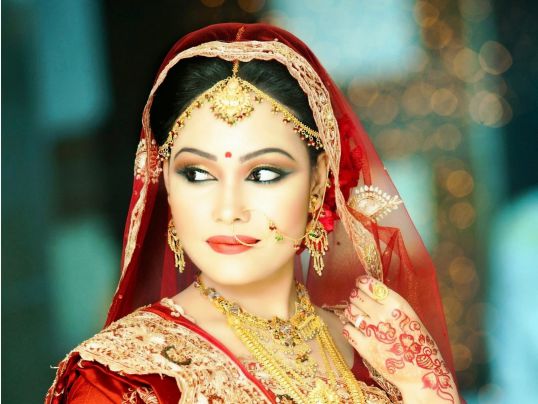 My boyfriend introduced me to this family 3 years ago. They are just three people in his family - my boyfriend, his mother and a younger brother. Since then, I have a good bond with them.

I like them and I think they like me too as they treat me very well. In fact, his mum and I are like friends now.

One fine day, his brother too brought his girlfriend home to introduce her to us. We were happy to meet her. She too bonded well with us and soon became close to us.

It seemed my boyfriend's mom was very satisfied and happy with both of her son's choice until she confessed to me something that left me confused.

She said that she was not actually fond of the other girl as she was not as fair as her son. And she belonged to a poor family. But she still approved to their relationship because the girl had a government job which meant her son need not spent money on her. And their future would be secured as she will get the pension for their old age.

His mother started b**ching about the girl's family.

She said that it was useless to expect a good wedding or good gifts from them because they were classless and poor people. Honestly, I didn't expect this from her. She sounded so selfish.

I always respected her but after this confession she made me doubt her intentions.

I kept wondering if her liking towards me was genuine or fake. I had a normal job and was earning quite less and still, she approved of me as her future daughter-in-law. But yes, I was beautiful and belonged to an influential and a strong family.

Was this the reason for her approval? Or was it because she knew her son would never leave me and she might lose him if she did not approve me?

Whatever the reason might be, I am really hurt because I really looked up to her, liked her and felt blessed to have her.

Now I am confused. I am scared as well because if the reason for her approval is my family then she is going to be disappointed as me and my family is against dowry. Even though my family is rich, they would never go for a lavish wedding or shower expensive gifts on her. Anyways, my fingers are crossed.

I wish her love for me is genuine and I find a mother in her.

Share this story, because more often we fail to recognise the person for who they really are.