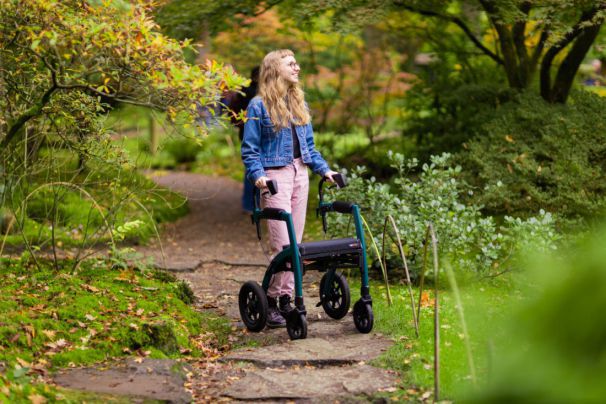 I had just reached home from work. It was 11 pm and a chilly night. It was so silent that my own heartbeat felt too loud. I entered my room, wore my night suit and retired under my quilt. I heard the sound of utensils coming from the kitchen, mom was preparing milk for me. Till the time I waited for my milk to get lukewarm so that I could gulp it down quickly, I checked my WhatsApp messages. No new messages so I hopped on to Facebook. The Facebook wall was flooded with wedding pictures. Many of my friends had posted their wedding pictures on their wall, while some had updated their statuses to “engaged”.

“Is the whole world getting married?” I said to myself in a comical way. I commented on some of the pictures that I really admired.

But wait! What was happening to me? Why was I feeling sad? I was supposed to be happy for them.

I switched on the light, sat on my bed, and uncovered my legs from the quilt and kept staring at them as if they were alien to me. My eyes moved to the walking rollator (this is a walking aid comprised of a frame and three or four legs) now, which was kept beside my bed. My eyeballs were bouncing to and fro from my legs to the rollator. This continued for almost half a minute... Was this the actual reason which sat in my subconscious mind? Before I could have answered this question, my brain chat got disrupted by the voice of my brother who was in his half-asleep state, “What you are doing at this hour keeping the lights on?" I didn't find anything suitable at that time to answer him so I switched off the lights and tried to sleep.

The next morning, those thoughts started to encroach my mind again. I went in front of the mirror and tried to scan myself. Instantly a dialogue with myself started.

"Hey girl, I am somewhat pretty, have pursued a master's degree too so that means fairly educated, earning from last two years, falling in the age bracket of 'get married' too, then why am I not able to find someone for myself, why am I getting so many rejections?"

And I am in a constant search for the answers to these.

I know I may be sounding a bit weird here, as someone who is longing to get married, because a girl usually doesn't long to get married as she has to give up her house, her parents, her childhood friends and much more to get settled in a new family altogether, but agree with me or not, every girl has this desire to get married (which she may or may not discloses upfront), but she does fantasize about it. The reasons may differ for each girl, but her reason suffices her agenda to get married.

Just because I am orthopedically challenged, doesn’t mean that my heart is vacant from these desires. I too crave to get along with someone special who loves me in his special way and makes me feel special.

When a girl or a boy enters adulthood, we usually find their family or relatives talking about their marriage; or relatives coming up with a suitable match for them. But I never find any of my relatives having these kinds of talks with my marriage as the subject. It sometimes feels very weird. Does it mean that guidelines (be it any) differs when it comes to the marriage of people with special needs?

Or maybe in this technologically advanced world where we have online matrimonial forums, no one wants to get involved in these kinds of affairs; or they do not ask me about my marriage because they think that it may hurt my feelings, or probably they have a belief that I cannot get married as I am orthopedically challenged; or there may be any other reason which my mind can't think of right now... there is an endless list of 'or'...

Only my family and a handful of close friends seem concerned and wants me to get married, which actually gives me a sense of relief that at least they empathize with me.

I always wanted and want to get married to someone who is also differently-abled like me because I think that he and his family will understand and empathize with me in a better way as compared to 'normal' boys because in some way or the other he and his family might be going through a similar pattern of challenges which me and my family is going through. But strictly I have no offences to the counterpart population.

However, my thoughts somehow did not sync with the reality when proposals actually started knocking my door.

The first proposal brought so much excitement. I said to me, "girl the chores have started and you need to calm down". The guy was good looking, educated and was working on a managerial position in one of the reputed companies. The talks began between the families and also between me and him. It was like a telephonic interview where we both were discussing our likes, dislikes, expectations from each other and so on. Things went smoothly for one week and I received my first rejection. His mother said a ‘No’ because they presumed that since my both hands remain engaged holding the rollator so how would I cook and how would I bring the food outside the kitchen. Moreover, they wanted a girl who could drive a car because their son couldn't. And my brain chat started,

"Well my could have been 'mother-in-law', you should probably look for a cook then and in the times of 'Ola' and 'Uber' where the conveyance is just a call away how can driving be an issue. I haven't seen all the people driving by themselves. Hiring a driver can be an option. As far as cooking and serving the food is concerned, we could have availed some domestic help to assist me. I would not have kept your son starving anyway. This much I can cook. You could have helped in serving it."

I could have suggested these options but somehow I didn't. I was feeling a little low. It was both my first proposal and rejection.

The burden of work at my office helped me to move over it. I pampered myself like a little kid by saying "abhi kuch baat hui thodi na thi ki main apna mood off kar rahi hun. Yeh toh shuruwaat hai bas. It happens".

After around a month the second proposal arrived and this was an icing on the previous one. The guy was also well settled and very strong on the educational front, and liked me too. We used to talk on a daily basis. He wanted to know me as much as he could. But whenever I used to talk to him regarding taking things to the next level, he used to fumble or divert me from the topic. I started feeling suffocated as there was no direction so I started to disconnect from him. On noticing my behaviour he disclosed the actual thing. He had a weird condition before any commitment. He wanted me as a backup. His family wanted a 'normal girl' for him and in case they were unable to find one then they would consider me. And I was like "Wow man!! You have a good amount of courage to say this to me, but I wish you had used this courage to correct your family."

I was amazed the most when the next guy rejected me by saying that I won't be able to cater to his 'other needs' and that too after meeting me twice. Just because I refused to get physically intimate with him, he passed his verdict. I was mute. I didn't know what and how to say in order to defend myself. I also felt that he was kidding me but he had very serious and concerning looks on his face. I didn't even understand the connection between my disability and having sex. He was questioning me on something on which I could have proved him wrong but didn't want to. I didn't utter a single word in my favour. I took a deep breath and disconnected him from my life.

No one among these guys asked me about my expectations from my dream man or from marriage. It was all appearing as if I should be just good at cooking, driving or in bed so that I could qualify to get married.

I cried out that night as if everything had crossed my threshold. I blamed God and the society which has created so many stereotypes and taboos for everything which I desired for. I calmed myself a little and slept with wet cheeks.

The very next day I saw a married couple in a metro who was visually challenged and how beautifully the lady was pampering her child. As I exited from the metro station and entered the mall, I saw a newly wedded couple on a wheelchair enjoying each other's company without being concerned about what the people around them were thinking. Then I realized that there exist, people, who are beyond these stereotypes and foolish mindsets and who are special in every sense. Maybe it was a sign of God that one should never give up.

Till date I don’t know the real reasons for these rejections but I have taken these on the face value. But if these are the reasons which will decide my suitability for a man then I am really very sorry, I don’t give a shit to these proposals. I won’t consider these as the rejections for myself. Rather these people have rejected themselves as they are.

“My craving and search for that special man still continues...”

I do not feel disheartened merely because of these rejections but because they all came from differently-abled people themselves and their respective families, I see them no different from society.

They are also going through similar challenges as me and my family is going through, though the point in the continuum may vary. Instead of the empathetic response, I received stereotypical reactions. Adjustment and change is the law of nature, everyone does. Everything can be worked upon to some extent. It’s entirely up to us how we want to work on them.