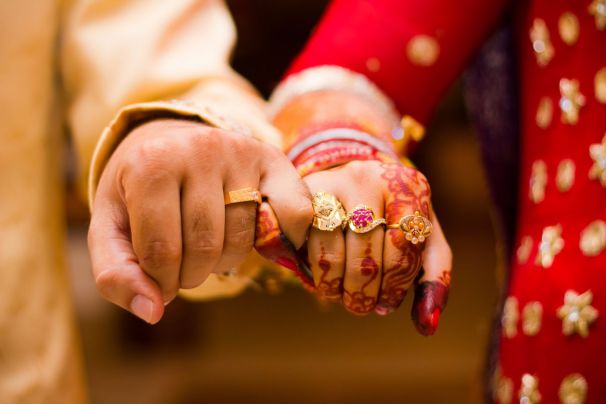 “It is a truth universally acknowledged, that a single man in possession of a good fortune, must be in want of a wife.”

This opening line from Jane Austen’s “Pride and Prejudice” perfectly explains the mentality, and debunks the idea behind marriages in India.

Oftentimes, marriages in our country are not an emotional association or a manifestation of meaningful companionship. Instead, they are a compulsory 20-something life event or an irrefutable stage of life according to previously-set trends which are not open to dispute (like Grihastha, one of the ashramas in Hinduism, which is ordered and numbered like an instruction manual for life). And since marriages might not always happen naturally, our society takes up the charge to arrange for it.

Match-fixing has always been discouraged in sports since it spoils the spirit of the game, but when tradition is taken into account, fairness is often reduced to an open-ended interpretation. The parameters of love are impossible to etch in stone, hence an arranged marriage is often a randomized controlled trial focusing more on caste coherence, societal homogeneity and religious compatibility between the families of a suitable boy and a princess-bride, rather than the sync between the prospective partners themselves.

While marriages are presumably sacred in India, the criteria they are built on ironically shows they are not taken seriously at all.

Comfort here would mean a familiarity with their interests, a sense of understanding of their needs, an evaluation of how much space you can give each other, how to go about it, and till what extent would you compromise without exhausting your own selves.

Putting it in a simple way, it’s about how much are you in ‘love’ with each other. Something in which the groom’s salary, the daughter-in-law’s complexion, the similarity in caste and religious practices would play no role. The involvement of government in marriages already closes down the negotiability (cancelling out even the thought of homosexual or polyamorous weddings), and families being the decision makers make it even more difficult for a couple to set their own terms and conditions since, in reality, families know very little about the social lives of their own children.

A lack of open communication between parents and children in India widens the already-wide generation divide. The obsession with arranged marriages is not only a personal mishap but also a social disaster.

They are often converted into transactions by allowing dowry to be paid as a compensation for the large annual pay of the bridegroom, providing a safe space for various prejudices to be enforced, like assigned gender roles, honor killings or marriage by abduction. The unnecessary importance given to “community” in this set-up leads to the pressure of financially matching-up with each other’s families. Hence, in big fat demonstrative wedding ceremonies, funding is mostly done from the education the bride could never have.

Arranged marriages in India are largely overrated, misunderstood and marketed in a more glamorous way than they deserve. And alternatives as innocuous as a love marriage are still only growing at a sluggish pace.

Live-in relationships are looked down upon, even though Indian judiciary provides the same sanctity to both. The judiciary makes Domestic Violence Act, applicable to both marriages and live-in relationships, involves similar maintenance laws, and allows the children born to qualify for the inheritance of property of the parents even if the parents are not legally married. Thus, the law makes the two forms of companionship interchangeable, the difference being the former is a more formal and socially accepted version of being together.

The idea of marriage is endlessly problematic. Further, in marriages, divorces are a taboo and a sign of “emotional incapability”. And the very idea that a person might not feel the necessity of getting married totally shunned. Of course, many arranged marriages work out. Many love marriages fail. But the difference comes with the degree of freedom we have exercised in them.

We have achieved liberty and equality as a political entity but are we really free if there is no freedom to love? Our minds are still colonized by superstition; our hearts are still slaves to prejudice. The very captivity of dead and loveless marriages can be observed in the silence of the houses of many middle-aged couples, where men overwork to spend less time at home and housewives spoil themselves in pursuit of compensatory spirituality or in the naivety of television soaps, both tied to each other only for the sake of their children.

Share this story because the problem with arranged marriages needs to be put in simple words.

POEM
BAKKAR. CHAI. SUTTA
LIFE IS TOUGH
YOURS GEEKLY
HOW'S THE JOSH
LIFE IN THE TIMES OF CORONA