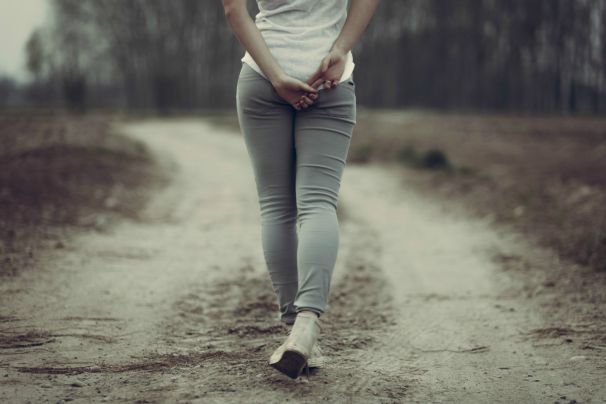 I grew up in a house with four other women and only two men, my sister and I as kids always saw our mums be hush hush when they were on their period and that’s how we were expected to behave.

One afternoon we asked our granny why were only girls cursed and had to bleed, why won’t it happen to the boys our age.

She told us a story from the time when Lord Shiva and Goddess Parvati were young, it was the men that would get their periods and bleed from their armpits. But one day when Shiva had to go to war, he was worried and so Parvati being the eternal best wife that she is told Shiva that being a woman she could hide the blood between her legs and she wouldn’t need to go out either. She said she would stay away for those many days and wouldn’t come in between anybody else’s work, she begged Shiva to give her “his curse” and Shiva obliged. She said that periods were a blessing to women and that we should never complain about getting them.

Later, my mother told me that because we were women we will get periods, that was all she had to say to me and we never spoke about it again. My school made it a little explicit and told me that because of hormonal changes at a particular age in a girl’s body since it (the body) has to make space to give birth to a kid, periods occur. In school, it became a matter of pride after the 6th grade summer to know who had already gotten their period, the ones that hadn’t (including me) were considered as “kids”. College was a different story altogether, girls helped each other, passing around pads/tampons to the needy and always carrying painkillers in our wallets.

I am not one of those who would believe in the innate or otherwise supremacy of my period, but as I grew up, my definition of a period changed. I see a lot of women accepting and showcasing the fact that they are on their period. My body bleeds every month for five days. I have a calendar that reminds me when to take my birth control pill and records my moods, cravings among other things. A number of men and women are blogging, vlogging, sharing stories, and even engaging in conversations about menstruation. All my guy friends, my boyfriend and the other men I’ve met are completely open and comfortable talking about menstruation.

Everybody who knows me will vouch for me being a feminist, but when Kiran Gandhi ran a marathon while she was on her period without a pad/tampon, and was praised worldwide, I was taken aback. There are various artists all over the world that make art out of period blood or collecting used tampons, their art isn’t treated as highly as this certain woman who ran a marathon bleeding did.

I mean, does bleeding make us more woman-ly? Does it determine my status in the society? Does it cover the wage difference at work or does it make sure there is no sexual harassment?

I am absolutely comfortable with my body but does that mean I put it up on display and make sure the world knows I'm a woman? Same goes for the women that “Bleed Free”. I, being a feminist, feel ashamed when I read headlines like, “A new feminist trend”, it’s frankly not just disgusting but also unhealthy. If you pull up statistics, a female body carries more bacteria when menstruating and should be kept clean to get rid of any infections.

If you’re like me, a proud, intelligent, educated, and body-conscious woman of modern times, the reasons why this is a bad and ugly practice are pretty obvious to you.

Equality is key and is something we should always be striving for. But there’s a line between equality and common sense. Just because a man doesn’t bleed or wear tampons, doesn’t mean that tampons are sexist and restricting your ability to be a woman. You can be a feminist and be hygienic.

So I suggest next time you see a woman “bleeding free”, offer her to draw a bath and some ice cream and a pack of tampons.

Share this article if you know the real meaning of 'feminism', aka 'gender equality'. Stop proving yourself because quite honestly, you don't have to, there's no need to.

I draw, I read and I write sometimes. I love animals and finding shapes in clouds. Kurt Vonnegut and I not only share birthdays but also personality type.